Bradley Beal has no interest in joining up with LeBron James and Anthony Davis at the Los Angeles Lakers. The Washington Wizards went through a difficult period last season after John Wall went down with a long-term injury. There was speculation suggesting the team were ready to blow it all up and start again by shopping Beal on the trade market.

That led to a number of top teams being linked with a potential blockbuster move for the 26-year-old.

The Lakers were among those heavily linked with a move for Beal prior to them acquiring Anthony Davis from the New Orleans Pelicans.

A number of trade packages had been drawn up by experts and and former players, suggesting Beal would be the perfect compliment to James.

Ultimately though, the Lakers went all-in on using most of their assets in trading for Davis in one of the biggest moves in NBA history. 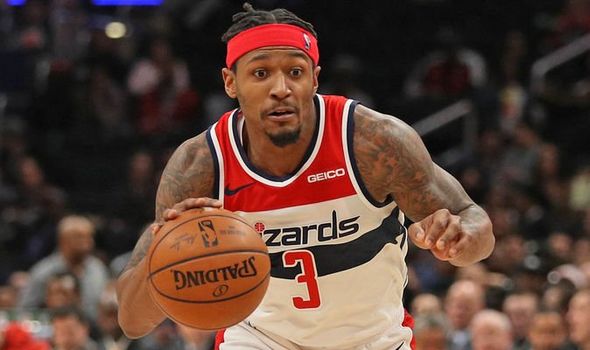 Beal’s future had remained a doubt throughout the summer though with question marks on how good the Wizards could be this season.

There was still a small chance of the Lakers potentially putting together an attractive offer to Washington with the possibility of forming a ‘Big Three’ with Beal, Davis and James.

But the two-time All Star took himself off the trade market by signing a two-year, $72 million contract extension in October.

He faced off against the Lakers last Friday with James and David combining for 49 points as the Western Conference outfit grabbed the win.

Speaking after the game, Beal was asked whether he ever thought about the possibility of joining up with James and Davis at the Lakers.

But the third overall pick in the 2012 Draft stated he was happy staying put for now.

“I’m good. They’re their own men. They make their own decisions,” he said.

“At the end of the day, there’s no guarantee you’ll win a championship by jumping ship. 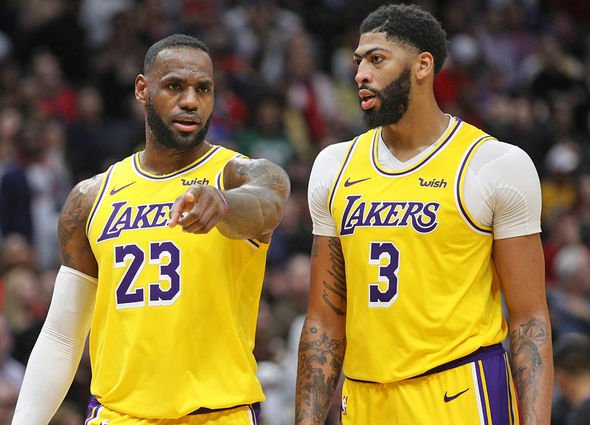 “Only one team wins. When it comes down to my decision-making, I really factored that in.

“It looks great, but the grass isn’t always greener.”

The Wizards are looking as though they may miss out on the playoffs against, but they have proved one of the most entertaining teams to watch this season.

Only the Milwaukee Bucks and Houston Rockets average more points per game, but they stand alone with the worst defensive record, allowing 122.9 points per game.