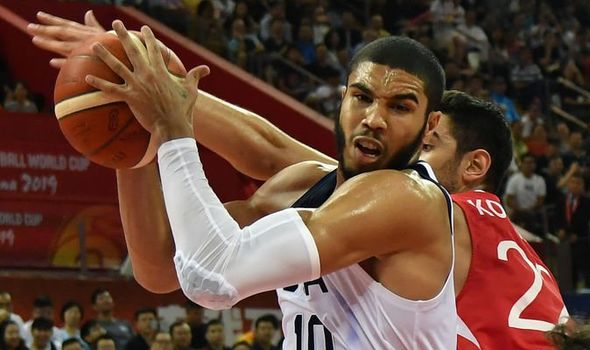 Team USA have won both their opening group games at the FIBA World Cup, but they survived a scare in the overtime 93-92 win over Turkey last time out.

The Boston Celtics forward rolled his ankle in the final seconds of the match against Turkey after passing to Khris Middleton.

He was slow to get up and had to be helped off the court by team trainers in concerning scenes.

Speaking after the game, Tatum downplayed any fears that it was a serious injury.

“It feels better than when it first happened,” Tatum said.

“I can walk a little bit.

“Obviously, it’s sore … just get some treatment and see how I feel.”

But Team USA have confirmed they will have to cope without Tatum for the next five days. 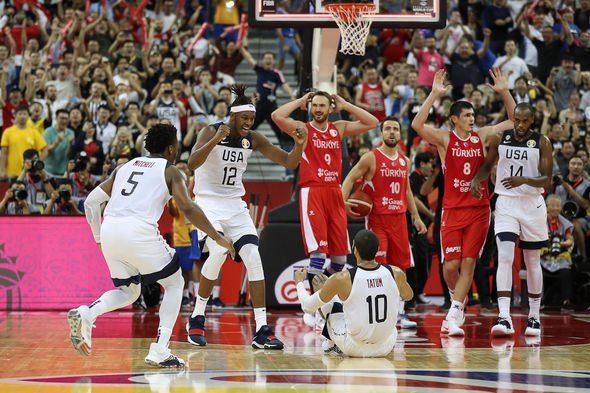 It means the 21-year-old will certainly miss the final first round group game against Japan on Thursday as well as the first second-round game on Saturday.

Tatum will then be re-evaluated on September 9 with the hope he can return to action by next week.

USA remain the strong favourites to win the 2019 FIBA World Cup, but teams such as Serbia, France, and Spain have all impressed in the tournament so far.

With the NBA season just over a month away, Boston Celtics head coach Brad Stevens would be forgiven for being fearful of Tatum aggravating the ankle further. 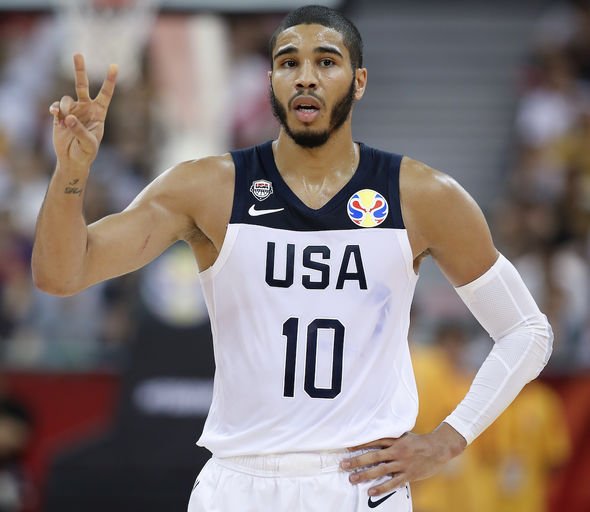 But Stevens in fact isn’t worried in the slightest.

“I don’t really think about it,” he said.

“At the end of the day, they’re going to be playing 5-on-5 other places.

“I don’t think you can get any better prep than doing what those guys are doing.”