Australia have made a superb start to the 2022 Commonwealth Games, and currently sit on top of the the medal table. They have notched 71 pieces of the coveted hardware so far, 31 of them gold, leading second-place England who have collected 54 medals thus far, 21 of which are gold.

The Aussies are in a strong position to end the Games at the top of the standings, but away from competition, the team are said to have had to deal with a supposed ‘love triangle’ within their swimming team. Emma McKeon dated Kyle Chalmers last year, and is now in a relationship with former pop star and the old flame of Miley Cyrus, Cody Simpson. Reports have focused on Chalmers, who has been perceived as a jilted lover, supposedly ignoring McKeon in post-race celebrations. Former swimmer Grant Hackett blasted the claims and said the trio had already dealt with the matter back at the Commonwealth Games trials.

“This was a story that was back at the Commonwealth Games trials a couple of months ago, and the three of them put it to bed,” he said on Nine’s Today on Monday morning. “Kyle’s come out very openly and said, this is a bunch of rubbish. And there’s obviously some parts of the media that like to create a story then try and build facts around it. They’re professionals, they’re teammates, they get along with each other, they respect each other where they need to, and they go out there and they execute performances for the country and they support one another.” Chalmers also rubbished the claims and stated it has impacted his mental health. “I definitely said congratulations,” Chalmers said.

“If you watch the race back I actually walk up and say good job across the pool,” to which McKeon added: “He did (offer congratulations).” Chalmers added: “I say good luck to Cody, I say good job to Cody, I sent him a message after the race. I do nothing but be as positive as I possibly can. I support him on the team but, again, people just want clickbait on the article. It’s unfortunate that I can’t do anything right at this point in time.” 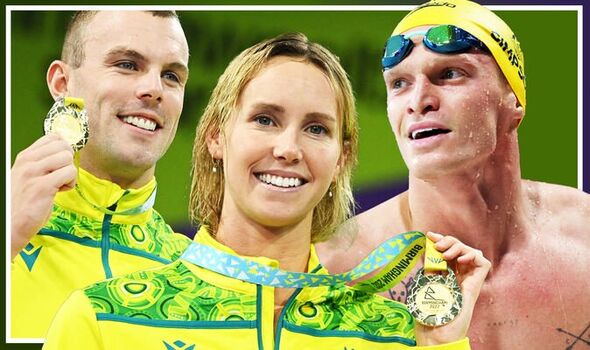 He even added he may put an end to fulfilling media obligations due to the effect the media is having on him. “You guys (media) don’t actually realise the impact you have on athletes, when we’re standing up to perform for not only ourselves but our country, you guys can affect a lot,” he continued.

“And for me after trials I actually really sat down and assessed if I was going to continue on the sport, because for me I had given everything to this country, I have given everything to my sport. Instead of focusing on the positives, you guys want to focus on the negatives again.

“You can try and bring me down all you want but it’s only going to last so long and I will stop talking to the media.” Simpson, who began to swim for his country just two years ago, confirmed he has no issues with Chalmers and stressed he has a good relationship with the members of Australia’s swimming team. 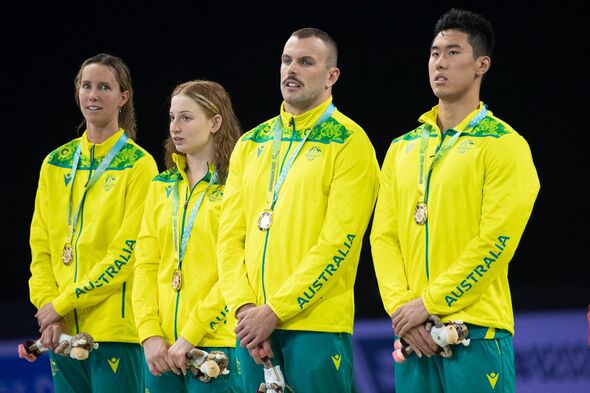 “We’re all teammates,” Simpson told reporters on Saturday. “I’m not sure how he or she are dealing with that. But in saying that, in the warm-up area and out on deck we have all been teammates regardless of whatever may have been.

“So far, we have been going really good. And I can only speak for my experience and so far we are doing really well.” The trio have been able to put the story behind them and focus on their swimming as Simpson won gold in the 4x100m freestyle, despite only competing in the heats.