CJ McCollum produced a magnificent 40-point performance as the Portland Trail Blazers beat the Milwaukee Bucks 118-103 at the Moda Center.

The 6ft 3in shooting guard’s 40-point haul was his best of the season to date. In 35 minutes, he connected on 17 of 26 shots (including 5-of-10 from beyond the three-point arc), pulled down five rebounds, handed out six assists and grabbed four steals as the Blazers handed the Bucks their second defeat of the season.

In the first half, McCollum intercepted a Malcolm Brogdon pass and accelerated down the court for a breakaway dunk. He followed that up by teasing Bucks’ guard Donte DiVincenzo with a devilish crossover dribble before rising to connect with a three-pointer. 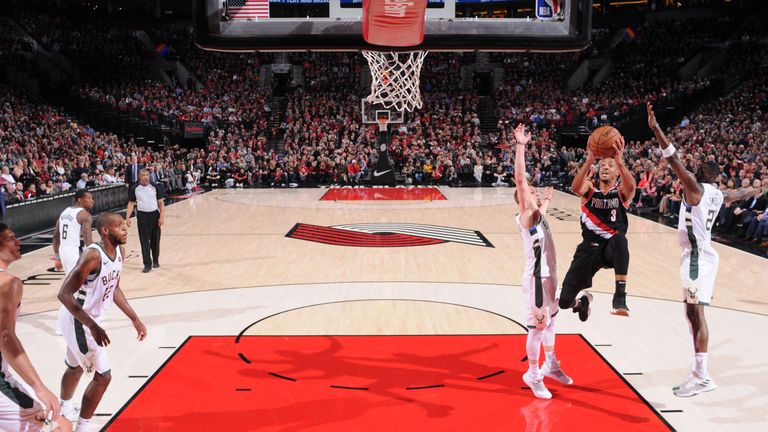 In the third quarter, McCollum set up team-mate Jusuf Nurkic with a no-look underarm assist on the pick-and-roll before draining another three-ball and two pull-up jumpers.

He then tormented DiVencenzo with another crossover that left the rookie on the floor as the Blazers guard canned another step-back jump shot.

McCollum brought up his 40th point with a long-distance three-pointer in the final minute to cap off the Blazers’ win.

Speaking after his big game, McCollum said: “I just tried to be aggressive. I put a lot of time in, working on pull-ups and floaters so it doesn’t surprise me when I do well. It surprises me when I don’t make shots! It’s a great win for us.”