Jon Jones claims he does not care about the outcome of Israel Adesanya’s fight with Jan Blachowicz, which could see his New Zealand-Nigerian rival win his former light heavyweight belt.

Jones vacated the 205lbs belt in the summer and sought to move up a weight class to heavyweight, but so far has been unable to do so with his next opponent yet to be announced.

Meanwhile, arch rival Adesanya is set to move up into Jones’ old weight class and is already gunning for the belt with a fight against new champion Blachowicz scheduled for next year. 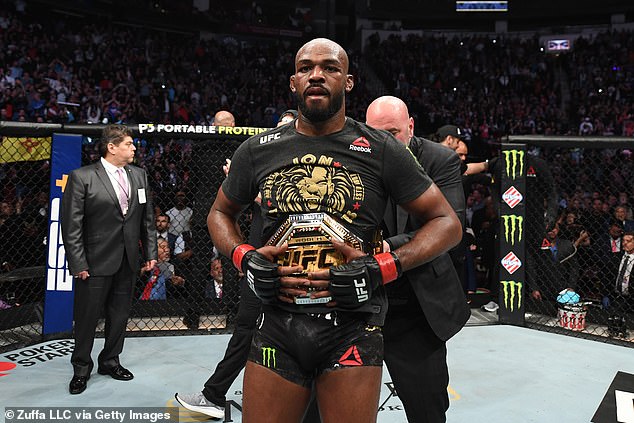 But when asked by a fan how he saw the fight between Adesanya and Blachowicz playing out, Jones replied on his Twitter on Monday: ‘Truly don’t care man, nothing is bigger for me than heavyweight gold.’

Jones’ latest comments come after weeks of online trolling between him and Adesanya, with the latest instalment of the feud coming last week when reacting to the news that his arch rivals was moving up to light heavyweight and his belief that Glover Teixiera should be fighting Blachowicz.

‘My mind is blown right now, don’t even know what to say. Glover is the new GOAT. Somebody give the man his shot.’

Their feud also took a turn for the worse last month after the middleweight champion told ‘Bones’ his mother would be disappointed in him. 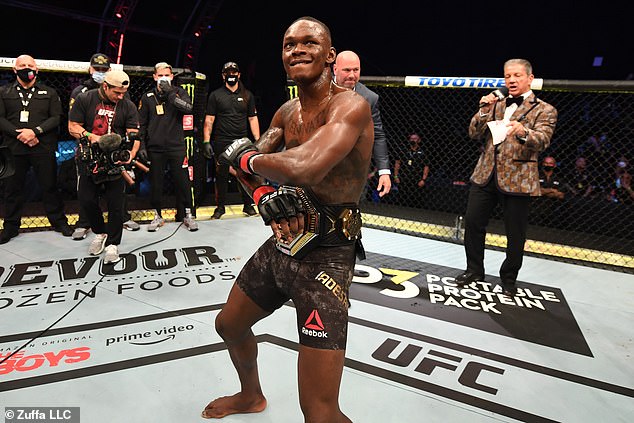 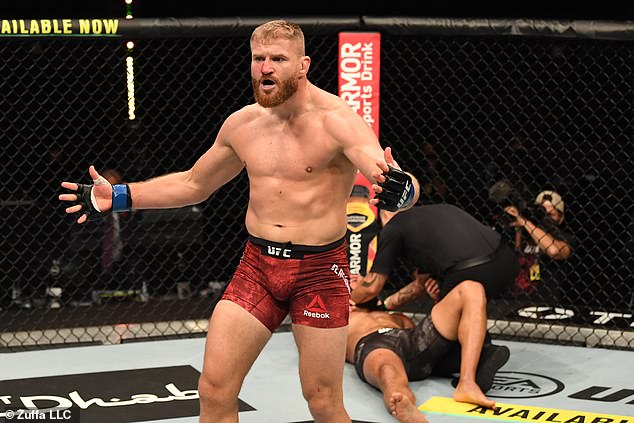 Jones, who was previously guilty of a hit-and-run felony involving a pregnant woman in 2015 and has had a number of other run-ins with the authorities, struck back with a stream of messages.

Adesanya has also recently ridiculed Jones for his attempts to put on weight in anticipation of his next fight, as well as ‘The Last Stylebender’ calling him ‘washed’ following his last five fights.

Blachowicz claimed the light-heavyweight belt vacated by Jones in September but as Jones himself prepares to step up to heavyweight by posting a series of heavyweight videos. 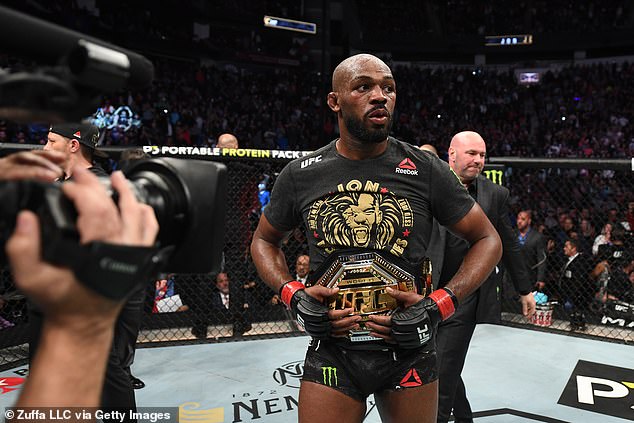 But Adesanya vowed that he would not be putting on weight quite so blatantly.

‘Like, “I need to move up in weight, pack on the size.” Some people are just stupid, they play the game so stupid.’ 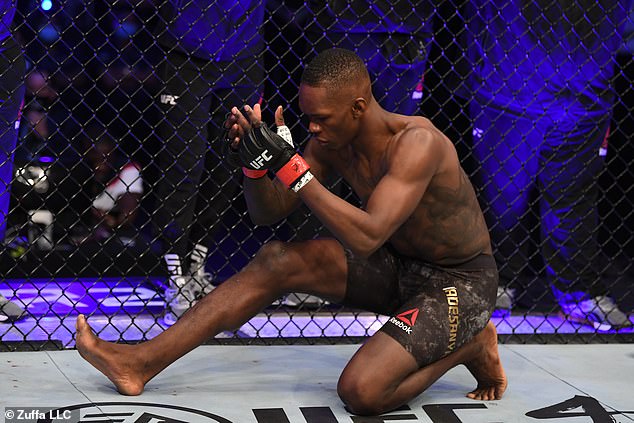