Major League Baseball has neared completion of its extreme revamp of the minor leagues, officially offering 120 Player Development licenses to franchises that will survive as affiliated clubs and comprise a slimmed-down player-development apparatus with centralized control under MLB.

The downside of downsizing: Up to 43 clubs will lose their coveted affiliations with major league franchises, and some towns may lose minor-league ball altogether.

In a process that drew the attention of Congress and the ire of small-town teams and fans faced with losing affiliated baseball, the endgame produced a promotion for some franchises. It resulted in deep drops in level for a handful and for dozens of others, a reassignment to the dimmer lights of unaffiliated, collegiate wood-bat and draft league status, leaving some franchises wondering how viable their product may be.

The unluckiest of them all, for the moment, lost baseball altogether.

Wednesday's revelation of the 119 teams expected to accept affiliations– including three franchises elevated from independent leagues – and one pending invitation concluded a grim 14-month winnowing of the minor leagues from 162 clubs to four affiliates for all 30 clubs, a process MLB commissioner Rob Manfred has championed to create a more cost-effective and efficient mode of player development.

With it comes the functional demise of Minor League Baseball as an entity, the September expiration of the Professional Baseball Agreement largely marking an end of a collaborative relationship between MLB and the governing body of its developmental arm. Instead, almost every nook of pro baseball – from independent leagues on up – will fall under the auspices of the $11 billion league at the top of the sport.

With that organization comes uniformity: All 30 MLB franchises will have a Class AAA team, a AA team, a high-Class A and low-Class A team, along with developmental teams and personnel at complexes in Arizona, Florida and the Dominican Republic. The annual amateur draft, once 40 rounds, will now be 20 rounds, depressing the need for additional affiliates. 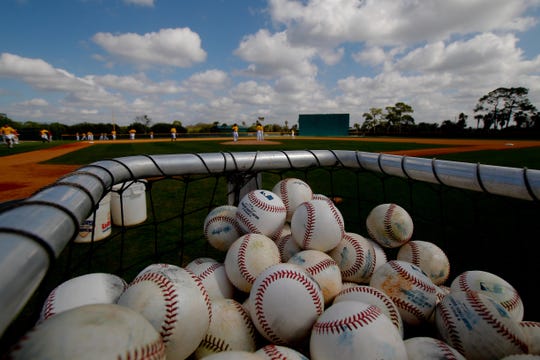 Gone are affiliated short-season and rookie leagues in the Northeast, the Rockies and the Appalachians, with a majority of those franchises absorbed into collegiate and draft-showcase leagues as previously announced.

Wednesday's reveal of franchise affiliations, almost all of them announced by major league clubs, others reported by Baseball America, brought an all but final pruning of the last 20 or so unlucky ones who found their considerable ties to the major leagues – and their towns’ pride in having some small part in the journey of a big leaguer – severed.

Take the Burlington (Iowa) Bees, founded in 1889 and a member of the Midwest League since 1962. Hall of Famers Billy Williams, Paul Molitor and Larry Walker came through town in as the club served as an affiliate for 15 major league franchises overall. But with the Midwest League moving from low-A to high-A and their most recent affiliate, the Los Angeles Angels, opting to move their high-A club to the Northwest League and low-A club to Inland Empire of the California League, the Bees were left without a dance partner when the music stopped.

Other situations presented an unsavory either/or choice for franchises, municipalities and states – and one unresolved scenario.

With two AAA teams – the St. Paul (Minnesota) Saints and Sugar Land (Texas) Skeeters – earning coveted affiliations after playing as independents, it created an odd-man-out scenario with existing Class AAA clubs. And it was clear the Fresno Grizzlies would be that franchise.

With the Washington Nationals opting for a geographically friendlier AAA fit in Rochester (New York), the Grizzlies were offered an unsatisfactory choice from MLB – fall all the way to low Class A, or disappear from affiliated ball. The Grizzlies hold not just the fate of their own franchise, but also that of the Lancaster JetHawks – a popular club in suburban Southern California – in their hands.

Lancaster was among 42 teams on an original list of teams MLB targeted for contraction, which was revealed in news reports in October 2019. The revelation stunned franchises, executives and politicians alike into action, desperate to upgrade facilities or lobby hard enough to get off the list.

In New York, Sen. Chuck Schumer swung hard in defense of eight minor league teams in the state, four of them on the original contraction list, penning a letter to Manfred in November 2019 citing “the importance of these eight New York teams to their local communities” and urging Manfred to “immediately halt these plans” for contraction.

The effort was a partial success. Mets president Sandy Alderson lauded Schumer’s “tireless advocacy” in preserving their Class AA club in Binghamton, and their now high-A club in Brooklyn. But Schumer’s lobbying could not save clubs in Troy (Tri-City Valleycats), Staten Island, Batavia and Auburn from relegation to unaffiliated ball.

So it went in all four corners of the USA, with quality of facilities, geography and, in many cases, the whims of MLB franchises determining who kept affiliated clubs – and who got cast into an uncertain future.

Dozens of minor-league franchises are owned by their parent clubs – the Atlanta Braves, for instance, owned five of their six affiliates – and thus were spared a trip to purgatory. That arrangement cast the Lowell (Mass.) Spinners, a beloved team in the shadow of Boston, into the land of the unaffiliated, at least for now, because the Red Sox's ownership group holds a stake in their Salem (Va.) affiliate.

A list of the 43 clubs that will or are expected to lose affiliations with MLB franchises and their new assignments:

Note: Trenton moved from Class AA Eastern League and Frederick from the high-A Carolina League; all others from short-season New York-Penn League

* – Lancaster may become a low-Class A Rockies affiliate if Fresno turns down an invitation to join the California League.