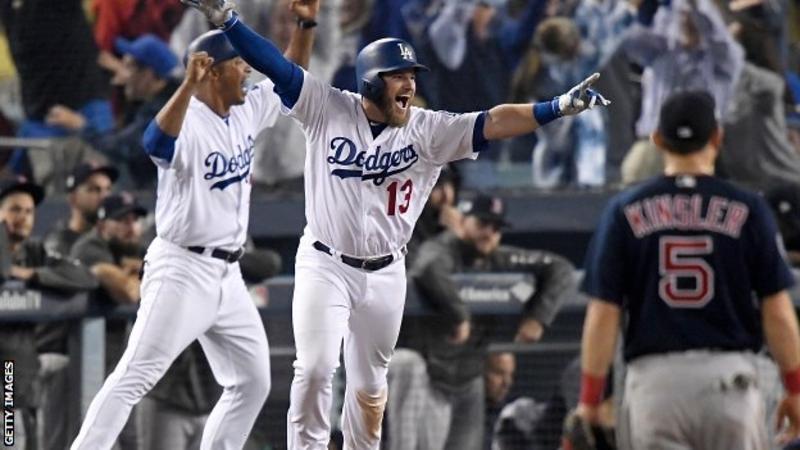 The contest stretched to 18 innings, lasting seven hours and 20 minutes, before Muncy’s hit earned a 3-2 win over the Boston Red Sox in game three.

The Dodgers now trail their rivals 2-1 in the best-of-seven series.

The longest of those, in terms of time, lasted five hours and 41 minutes.

Friday night’s encounter at Dodgers Stadium was also the third time a play-off game had gone 18 innings, matching games played in 2005 and 2014. The longest of those, in terms of time, was six hours 23 minutes.

Muncy’s walk-off home run led to him being mauled by team-mates, who ripped off his shirt in celebration.

The Dodgers, chasing their first World Series title in 30 years, lost last year’s Fall Classic to the Houston Astros – but will aim to level this year’s series at 2-2 when they host game four on Saturday. 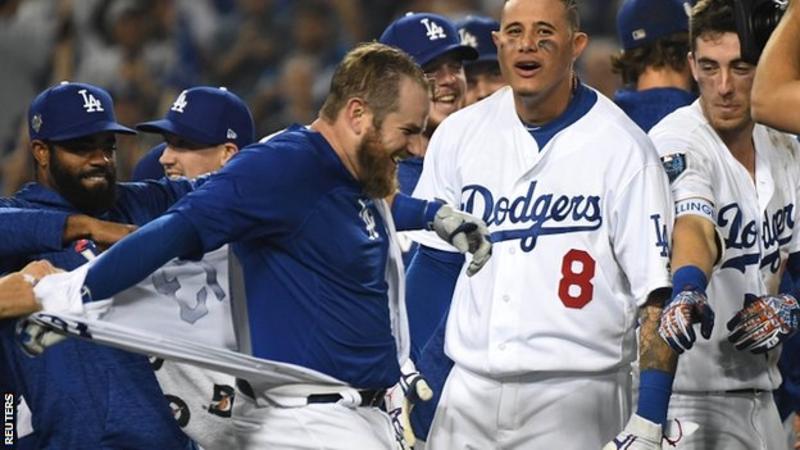