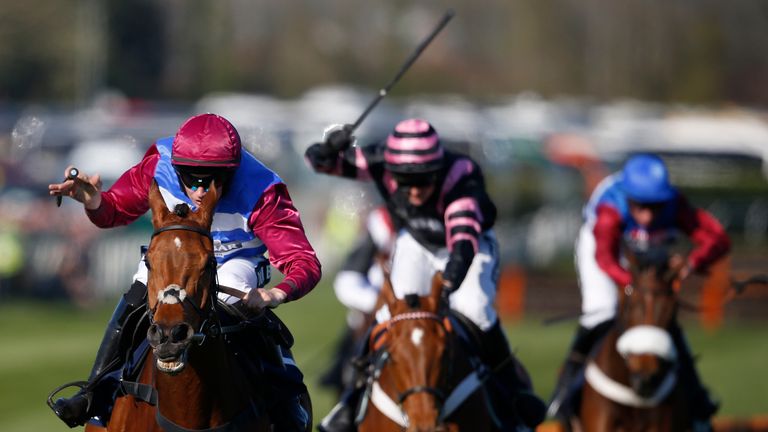 Tom George is keen to give The Worlds End more valuable experience over fences before the winter sets in after the exciting prospect’s impressive chasing debut last week.

The Grade One-winning hurdler put in a neat round of jumping to beat Now McGinty by 14 lengths at Chepstow, to suggest he might take high ranking over the bigger obstacles as well.

George has yet to firm up plans for the seven-year-old, who was having his first race for six months.

“He’s fresh, he’s back cantering and I couldn’t be happier with him,” said the Slad handler.

“He’s obviously a Grade One-winning hurdler who has taken to fences, and from what we have seen so far, very well.

“I think we need to keep him busy up to Christmas time before the ground goes. He’s fine on good to soft ground.

“He needs to have a bit of a break during the worst of the winter – January, February time – so it would be nice to have a good run with him over the next six weeks.

“We have no final plans. We’ll just how he is. He’s come out of that race well.

“Last season was a nightmare for him. He just had the five races with that very heavy ground.

“It will be nice to get some races into him now and get more experience before the middle of winter, and then come back in the spring.”