She is trained by a Newcastle United diehard and was originally owned by a Sunderland supporter. If The Mackem Bullet can win at the Breeders’ Cup meeting on Friday she will grab more sporting glory for the North East than the two teams have managed lately.

A victory for The Mackem Bullet, who was only sixth on her debut in May at Carlisle, would be an odds-defying fairytale.

Malton-based trainer Brian Ellison has never had a runner in the US, let alone in this $27.5million meeting regarded as racing’s world championships. 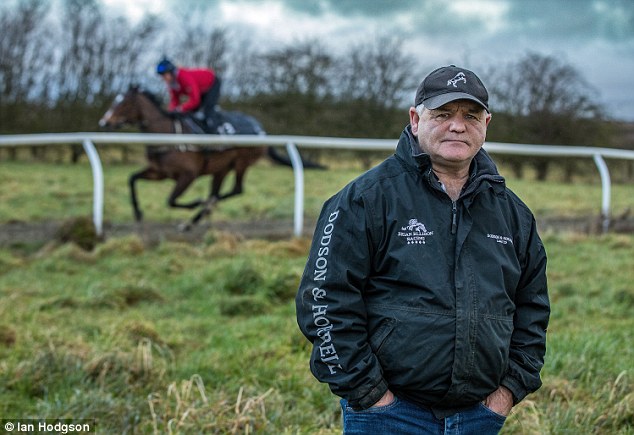 Her first owner Brian Robe has already hit the jackpot after selling The Mackem Bullet to Japanese owner Katsumi Yoshida after she finished a nose second to Aidan O’Brien’s Fairyland in the Lowther Stakes at York.

But the filly, who will be trying a mile for the first time as she takes on the lavishly assembled global elite of the sport, originally cost only £9,000 at Doncaster Sales.

Having also only been beaten a neck by Fairyland, arguably the best two-year-old filly in Europe, in the Cheveley Park Stakes, Ellison insists The Mackem Bullet has a big shot at Friday’s $1m Juvenile Fillies Turf when she will be one of Oisin Murphy’s four rides at the two-day meeting.

After watching his filly have some light exercise on the track ridden by stable apprentice Ben Robinson, who has jockeyed The Mackem Bullet in four of her six races, Ellison said: ‘It’s a hot race but she has the best form in England. She has a live chance. ‘Oisin has ridden her twice and Ben has ridden her and every time they have come back and said she wants further. Hopefully, they are right.’

Proud Geordie Ellison, whose Definitly Red runs in the Charlie Hall Chase at Wetherby on Saturday, said: ‘When people have asked me how she got her name, I tell them that Mackem is for Sunderland and Bullet is because that’s what the team wanted after last season!’

Coral make The Mackem Bullet a 12-1 shot. The 7-4 favourite is Newspaperofrecord, trained in the US by Chad Brown who has won the Juvenile Fillies Turf for three of the last four years.

The Mackem Bullet, whose opponents include O’Brien’s Rockfel Stakes winner Just Wonderful, will start from stall two in the 14-runner line-up. That is the same starting berth as John Gosden’s dual Arc winner Enable in Saturday’s $4m Turf. She cantered around the Turf track yesterday and should not be inconvenienced by the forecast of rain and storms for the next three days which could significantly ease the going.