The Swan Hill Jockey Club obviously takes criticism of its track to heart.

The SHJC committee hauled in local trainer Nathan Hobson to answer the question of whether he was guilty of conduct prejudicial to the interests of the club.

Hobson was called before the committee after commenting on the Swan Hill track on broadcaster Racing.com’s coverage of the February 17 meeting.

The meeting was marred by the deaths of two horses, Bon’s Ghost and Zipitsweetie. Hobson criticised the track after winning a race late in the meeting.

“We’ve got unlimited water here, we’re on the Murray and they can produce a track like that,” Hobson said in a post-race interview.

“It‘s got a great grass cover on it, but obviously, at this time of the year, they haven’t been putting enough water on it.”

The club maintains the track was prepared following the guidelines of Racing Victoria’s track policy.

The Swan Hill Jockey Club also took exception to further comments that appeared in an article on RSN, which is part-owned by the Victorian racing industry, on the following day. 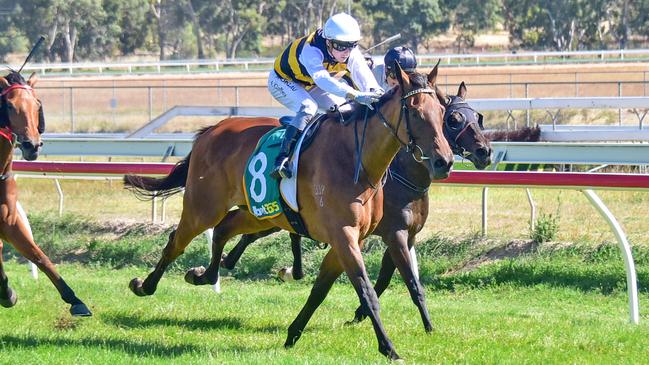 Zipitsweetie was one of two horses that died at the Swan Hill meeting on February 17. Photo: Brendan McCarthy/Racing Photos.Source:Getty Images

The club has the authority to demand a trainer front the committee under the rules of the training agreement between the SHJC and trainers that use the track to prepare their horses.

Every racing club that operates a training facility has a similar contract with trainers.

Hobson appeared before the club committee last month. Chairman Ian Ray wrote to Hobson handing down a penalty of a $2000 suspended fine and ordering the trainer to provide track manager Josh Woodhouse with a written apology.

Hobson has not commented on the matter but the Australian Trainers’ Association chief executive Andrew Nicholl said the organisation was worried enough about the situation to represent Hobson at the hearing.

Racing Victoria declined to get involved with the matter, leaving it to Hobson and the club to sort out.

RV is also reviewing the circumstances of the two horse deaths at Swan Hill.