IN a bold and dynamic move tonight’s all-important Melbourne Cup barrier draw will be held in the outdoor parading enclosure at Flemington.


It is the first time the Victoria Racing Club has used the area which sits adjacent the new Club Stand and was extended during the latter stages of the $180 million grandstand redevelopment.

The official Melbourne Cup draw – at 6.30pm (EDT) – is an important aspect of the famous race, and the decision to hold it in the mounting yard is sure to add to the occasion.

DETAILS: EVERYTHING YOU NEED TO KNOW ABOUT THE MELBOURNE CUP

LIVE: ALL THE COLOUR AND ACTION FROM DERBY DAY

Meanwhile, Red Verdon has been cleared to run in Tuesday’s Melbourne Cup after passing a crucial vet’s test at Werribee today.

Ed Dunlop’s contender will be among the 24 acceptors at final declarations at 4.30pm today after galloping this morning.

The British raider was examined after working by Racing Victoria vets, who gave Dunlop the news he had been waiting for Red Verdon spread a plate overnight on Wednesday and was not able to work under race jockey Damien Oliver on Thursday morning.

The VRC added 10m to the enclosure when it was lengthened and widened to the east to better accommodate all 24 runners — and their connections — in the Melbourne Cup. 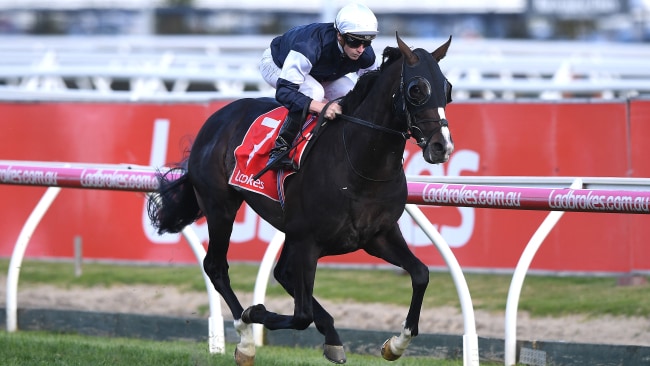 Yucatan is the favourite for the Melbourne Cup.
Source: HeraldSun

How the marbles roll for owners and connections always adds excitement as some barriers are clearly better than others and a crucial advantage in the capacity field.

Some owners and trainers will say you don’t want to be too close to the inside or drawn too far outside, yet our most famous winner in recent memory, Prince Of Penzance, which saw Michelle Payne become the first woman to win the race in 2015, jumped from barrier one.

Then there’s always the dreaded barrier 18, from which there has never been a winner in the 158-year history of the Cup.

Final acceptances for the Cup are taken at 4.30pm, with the field announced before the barrier draw