French racing authorities have appealed to British racegoers dissatisfied with the experience at last year’s Prix de L’Arc De Triomphe to give Longchamp another chance after unveiling a raft of changes for this year’s meeting.

After two years when the Arc meeting was held at Chantilly while a new £120million grandstand Longchamp was built, the 2018 race was accompanied by widespread dissatisfaction with long queues for catering and betting outlets, drinks running out and insufficient toilet facilities.

British and Irish racegoers accounted for 40 per cent of 45,000 crowd that attended Arc weekend in 2018. While many pledged not to return, track officials are again hoping many will return on the first weekend in October supporting Enable’s bid for an historic third Arc win. 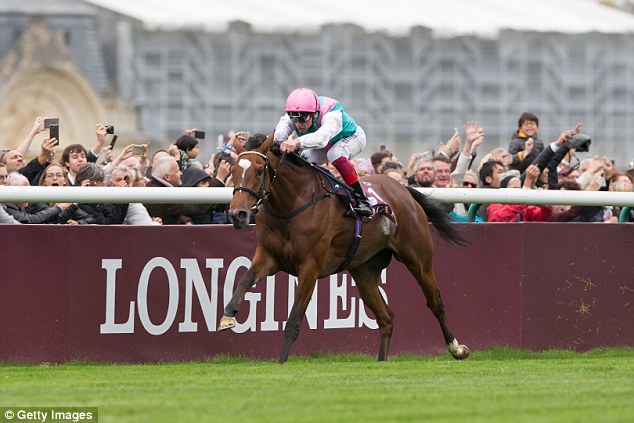 Ticket, which had been hiked, have been trimmed and France Galop, who run French racing, say there will be a 60 per cent increase in catering outlets, 30 per cent more toilets and 17 new bars including one that will be 100m long that is being labelled ‘The Biggest Pub in Paris’.

There will be 25 per cent more betting outlets with more manned stations rather than the automated terminals which proved unpopular with British racegoers.

Olivier Delloye, Director General of France Galop, said: ‘The quality of the Arc relies on the participation of the best English horses but it is also about English racegoers.

‘They put a lot of atmosphere into Arc weekend. We know that last year’s renewal did not meet the expectations of English fans.

‘It is not totally unusual that a newly revamped racecourse is not 100 per cent ready and fit for a big occasion but there was still a lot for us to blame ourselves for.

‘We are very sad that some people left the racecourse upset by the experience. We are keen to do much better this year.

‘You have to deliver the right experience and it is very important they enjoy their day so they will come back.’ The French authorities face a battle to lure British racegoers back to Longchamp. The 35,000 that attended Arc day last year was 20,000 down on the figure that saw Golden Horn win the 2015 Arc and that was before many of them left feeling short-changed.