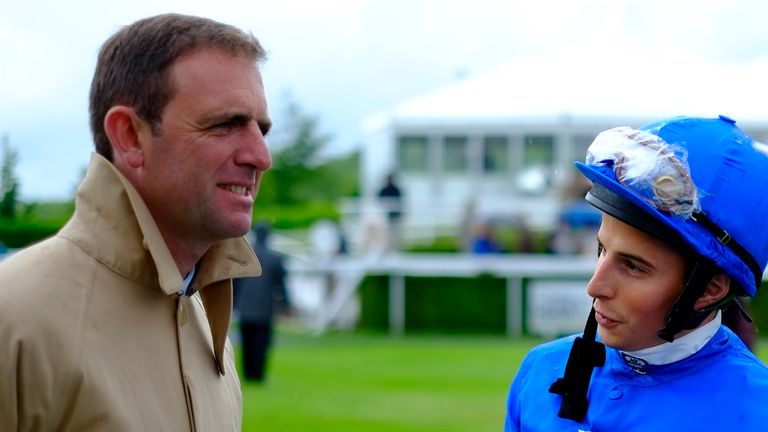 Line Of Duty added further lustre to a year to remember for Charlie Appleby with victory in what proved to be a dramatic running of the $1million Breeders’ Cup Juvenile Turf at Churchill Downs.

William Buick’s mount looked beaten at one stage, but picked up bravely to get the better of Uncle Benny – although the pair did bump just before the line, as well as coming close on the turn. A tense wait ensued, but the placings remained unaltered.

Derby-winning trainer Appleby was recording his third career win at the meeting from just five runners.

He said of his Galileo colt: “He was under the pump pretty early in proceedings, but it didn’t really bother me as he just loves to be driven, and the harder you drive him, the more he finds. It was a fantastic ride by William.

“I knew when he got him rolling down the straight there that he always hits the line strong, I knew he’d find plenty and that’s what he did.

“It’s a fantastic result for the team, to have another winner here is fantastic.”

Buick said: “He didn’t come out as well (from the stalls) as I’d have hoped, and when the incident happened my horse had come out to the middle of the track, while the other horse came across a gave me a couple of bombs.

“Then my horse lost his concentration, but it was right on the wire. Although it made no difference to the result, I would have respected the decision if it had gone the other way.

“The best horse definitely won the race, and in truth I didn’t have the most straightforward trip myself.”

Arthur Kitt was a gallant fourth for Tom Dascombe and Richard Kingscote, but Aidan O’Brien’s Anthony Van Dyck found things against him, breaking well enough from his draw in stall 14 but never able to get cover and ultimately struggling.