Just four months after receiving the ‘crushing’ news he’d need to retire due to a blood disorder and an ongoing shoulder issue, the man affectionately known as ‘The King of the Coast” is set to make a comeback in 2021.

Ten-time Gold Coast premiership winner Dan Griffin has confirmed he’s on the mend and confidence is building he will be back in the saddle at some stage in the New Year.

He was forced into the shock decision to hang up the riding boots in July shortly before he claimed his 10th Gold Coast jockeys’ crown.

A blood disorder caused by years of wasting to make weight that could have had dire consequences had been the catalyst for the retirement while Griffin also desperately needed surgery to fix his shoulder. 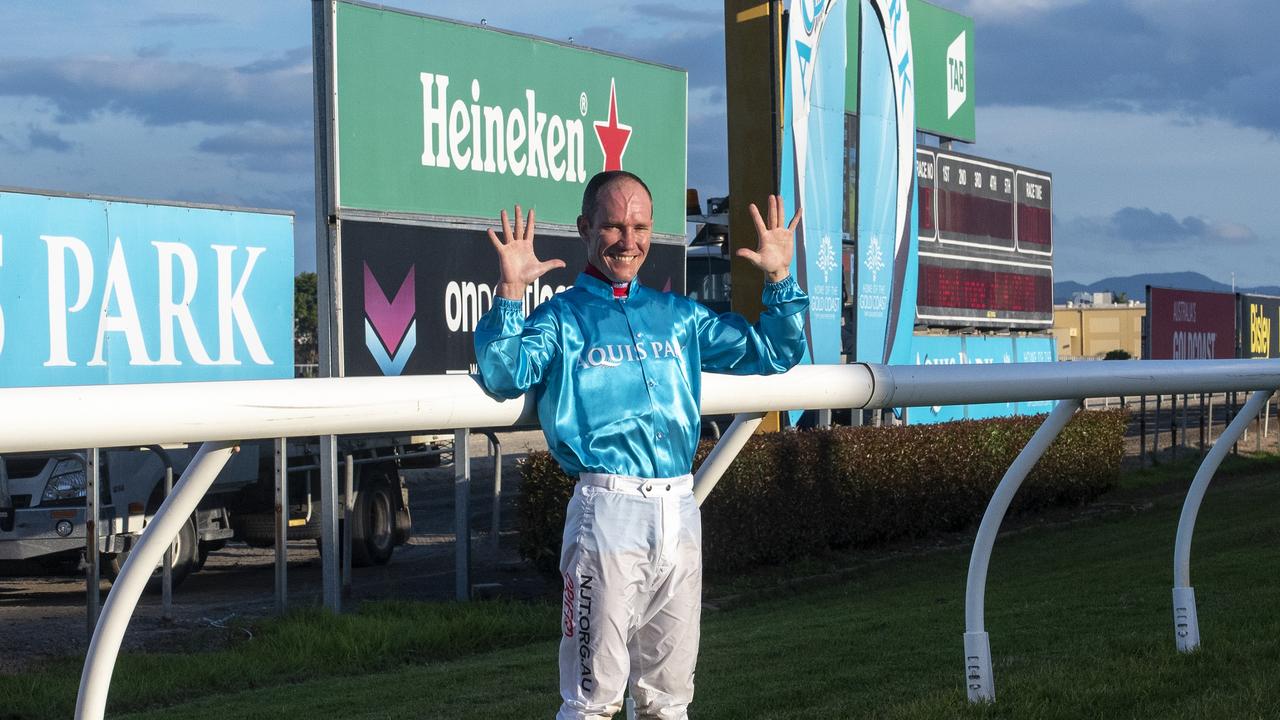 Griffin has since gone under the knife and has seen marked improvement in his blood work while enjoying some well earned rest and recuperation away from the rigours of racing.

He’s now dreaming of a return to the track in the New Year.

“It is pretty amazing,” Griffin said.

“Obviously I was pretty crushed when I heard the news but for it to turn around like this is unbelievable.

“It’s one of those things where I am not wasting like I used to and the body isn’t under as much pressure so it’s recovering.

“I’ve got onto it early and will be able to monitor it closely now.

“I used to get tested every 12 months just doing what we do but I will get tested probably every three to six months now.” He had surgery eight weeks ago after suffering countless painful dislocations when riding which put his career in jeopardy.

The procedure saw surgeons work on both the bicep and shoulder both while adding two screws to help support the area of concern.

Griffin has been rehabbing since then and continues to work with physios to get full movement back.

“They cannot believe how advanced it is,” Griffin said.

“They are over the moon.

“At the moment the only thing I have lost is the external rotation and I am working hard to get it back.

“It’s important to be able to restrain a horse if they are laying in with one arm.

“I need it to be strong but it is getting better.” Griffin has enjoyed taking some time to recharge the batteries.

The heavyweight hoop is looking forward to spending Christmas not worrying about weight – he currently tips the scales at 64kg – but is keen to return to the saddle with a new perspective.

“It gives you a whole new outlook on life,” Griffin said.

“To get some good news like this is amazing.

“I get married to my partner Tay Williams in February so there is plenty to look forward to.”