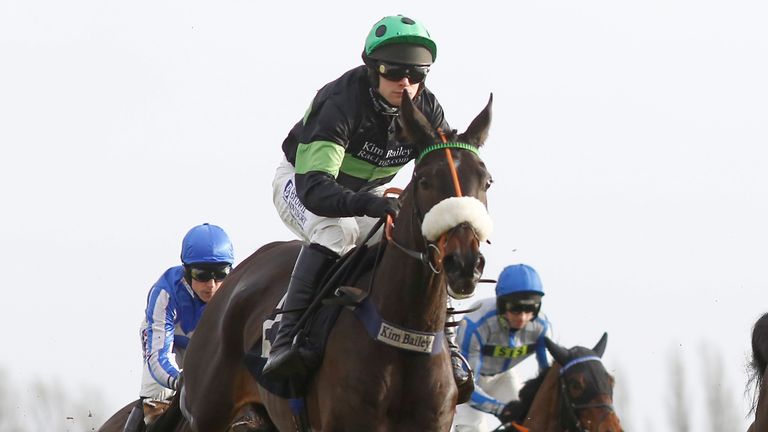 Kim Bailey is looking forward to seeing First Flow belatedly get his season under way in the Matchbook Imperial Cup at Sandown.

The seven-year-old looked a high-class prospect after winning his first three starts over hurdles last season – completing his hat-trick with a dominant Grade Two success in the Rossington Main at Haydock.

However, the combination of a minor setback and unsuitable ground means Bailey’s charge has not been seen in competitive action since pulling up in the Supreme Novices’ Hurdle at last year’s Cheltenham Festival.

With ground conditions likely to be in his favour this weekend, Bailey sees this prestigious handicap as a suitable starting point for First Flow’s campaign.

He said: “He really wants heavy ground. We were going to run him at Hereford in December in a novice chase, but two days before the race he scoped dirty.

“We thought we would find another race for him about 10 days after, but the ground has not been right.

“At the end of January we decided against the idea of going novice-chasing and said we’d just find some hurdle races for him. I hope it will be pretty soft ground at Sandown.”

Bailey acknowledges Saturday is to an extent a fact-finding mission.

He added: “I’m very happy with his work – he worked Tuesday morning and schooled on Wednesday morning.

“It is going to be a bit different compared to last season, because he is out of novice company and he has now got to transfer that form into a competitive handicap.

“It would be lovely if he did run well at Sandown, becauseTony Solomons is my longest serving owner and he has been very patient with him.”