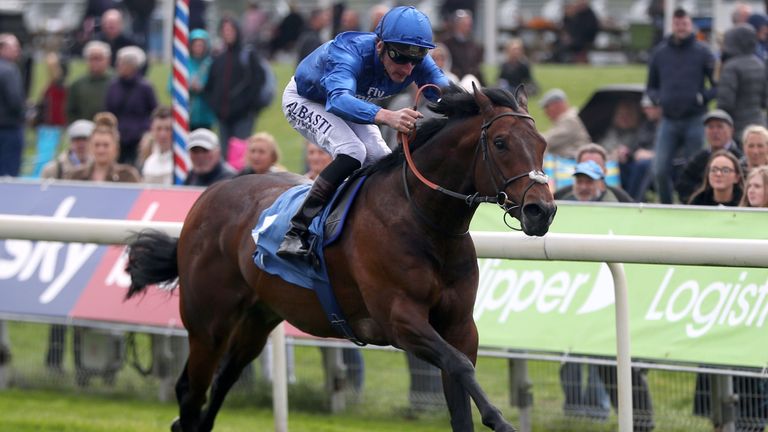 Harry Angel will become the highest-rated sprinter to retire to stud in Britain for more than 30 years when he stands at Dalham Hall Stud in 2019.

Trained by Clive Cox, Harry Angel won the July Cup and 32Red Sprint Cup in 2018 and added the Duke Of York to his tally in 2019.

The son of Dark Angel was second to Sands Of Mali on his swansong in the British Champions Sprint at Ascot on Saturday.

Sam Bullard, director of stallions at Darley, said: “Watching Harry Angel in full flight was quite a sight, and, even in this golden age of sprinters, we’ve seen very few horses with his outright speed and class.

“He’ll be a very easy stallion for breeders to use, thanks to his outcross pedigree.”

Harry Angel’s fellow Godolphin sprinting star Jungle Cat will retire to Kildangan Stud for the new breeding season. Fees for the pair have yet to be set.

The globe-trotting Jungle Cat, by Iffraaj, won at the top level in Dubai and Australia this year in the care of Charlie Appleby.

“Jungle Cat is every inch his father’s son. Like him, he was tremendously fast, and with Group One form from five to seven furlongs,” said Bullard.

“To be a nose behind Muhaarar at two and yet be at his very best in his 31st start as a six-year-old just goes to show what an utterly admirable racehorse he was.”