City Island provided jockey Mark Walsh with his second winner of the 2019 Cheltenham Festival, as they scored a two-length success from the well-backed Champ in the Ballymore Novices’ Hurdle.

The 8-1 winner, trained by Martin Brassil, was one of six horses vying for the lead as the field approached the second-last.

By the last, though, the six-year-old was in front and was driven out to stay there in the opening race on day two of the meeting as Walsh added to his Champion Hurdle victory on Tuesday. 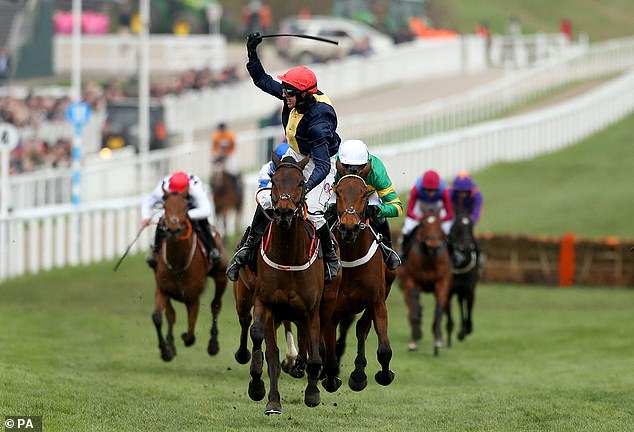 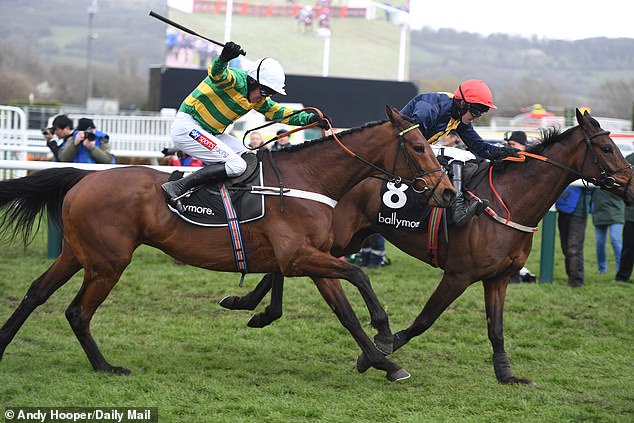 City Island (right) gets away from the favourite, Champ, during the 1.30pm race at Cheltenham 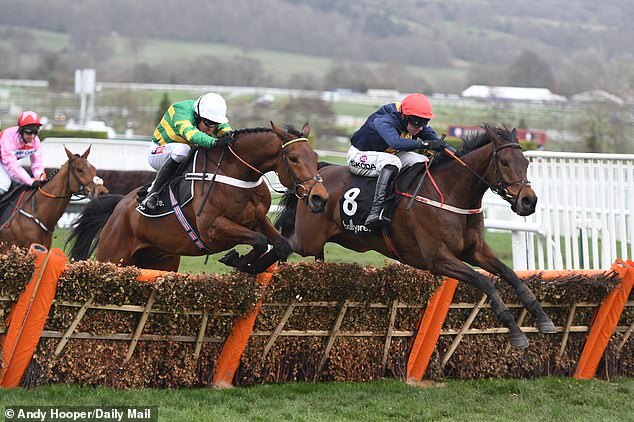 An impressed Walsh said: ‘We still don’t know how good he is because even when he gets to the front he doesn’t do a stroke.’

It was a landmark first Festival success for Grand National-winning trainer Brassil.

He said: ‘It’s been a long time coming. You need good horses to bring here. We found one.

‘The thought I had was you bring a horse here thinking he’s unbeatable and you might have a chance of him doing something good then.

‘It’s great to have a Festival winner on your CV.’ 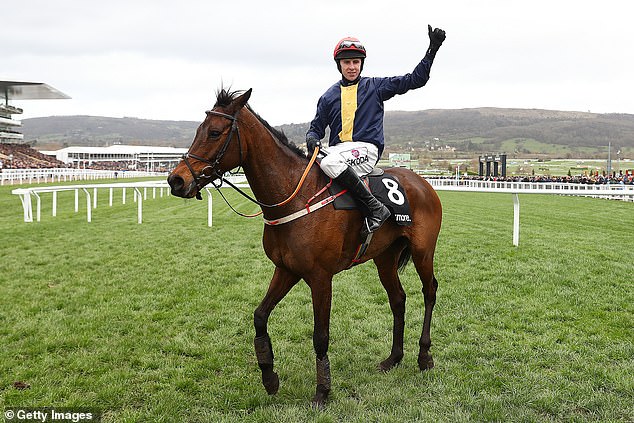 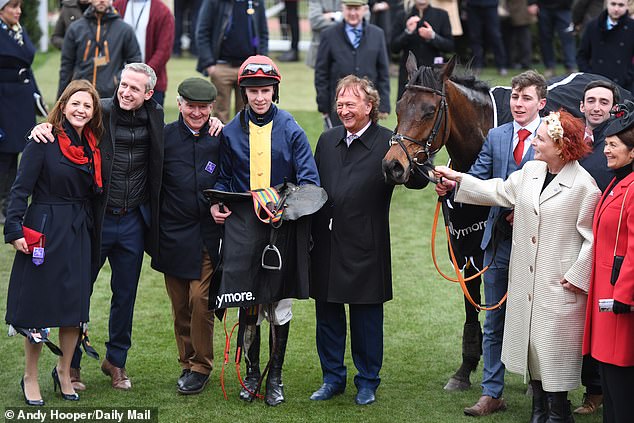