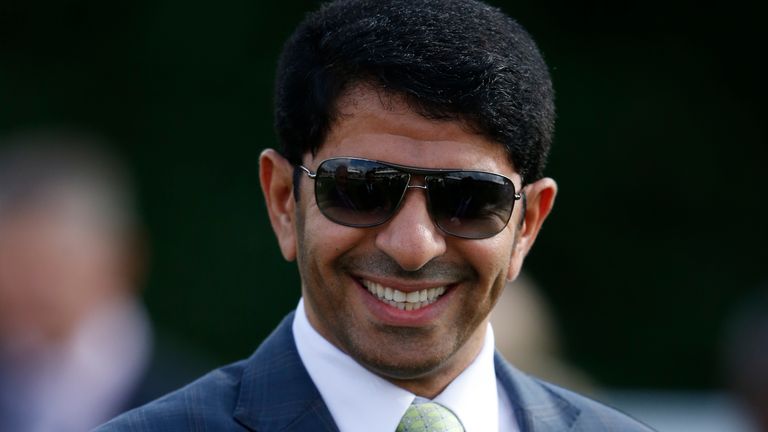 Benbatl will start from stall three as he clashes with superstar Winx in Saturday’s Cox Plate at Moonee Valley.

Saeed bin Suroor’s charge won the Group One Caulfield Stakes on his Australian debut on October 13 having already secured top-level successes in Dubai and Germany earlier in the year.

The trainer told www.racing.com: “When he won in Dubai in March, the Group One Dubai Turf, he won it really well and that gave me the confidence to send him here.

“This year, physically, he looks a lot better. When he was two he was a little bit weak, it took him time to show, but I knew he was going to be something good.

“I looked after him, I didn’t want to rush him and then October time (last year) he started to show something, then I said I would keep him for this year.

“The last race for him in England was the Juddmonte and he was unlucky that day as the horse in behind him hit him and he had big cuts on both legs. He was really bleeding after the race and I think that is why he finished fifth.

“Bringing him here, he won one nicely but I don’t like to run the horse too quick.”

While Bin Suroor is full of hope, he is under no illusions as to the task Benbatl faces in taking on Winx, who comes into the race on the back of 28 successive victories and will be seeking a fourth Cox Plate win on the bounce.

He added: “I have a lot of respect for the filly, she’s a superstar and the best in Australian history.”

Winx pleased trainer Chris Waller in a spin at Moonee Valley on Tuesday and she will start from stall six of eight on Saturday.

Part-owner Peter Tighe said: “We’d have preferred a couple in, but we have to take what’s left, we’re happy with that, no problems. you can’t always get what you want.”

Aidan O’Brien fields Rostropovich in the 10-furlong heat and he starts widest of all in stall eight.

Ryan Moore teams up with US Navy Flag, who finished down the field in the Everest on his Australian debut earlier this month, with the pair breaking from stall two.

Oisin Murphy will be aboard Spirit Of Valor (14) with Emmet McNamara on Intelligence Cross (five) and Kerrin McEvoy teaming up with Fleet Review (11).