Andrew Balding is hoping a holiday break will give Alcohol Free the time she needs to freshen up for a shot at the Queen Elizabeth II Stakes at Ascot on Champions Day.

Alcohol Free, a three-time Group One winner, disappointed in sixth when tried over a-mile-and-two-furlongs for the first time in the Juddmonte International at York last week.

The three-year-old filly is set to return to a mile trip in October, with Balding hopeful of finding soft conditions.

“We learned something at York,” Balding told Sky Sports Racing. “She’s gone home for a short holiday, which was always the plan, and we’ll try to freshen her up for Champions Day.

“She’ll target the mile race and the likelihood is it’ll be soft ground, which seems to suit her well. 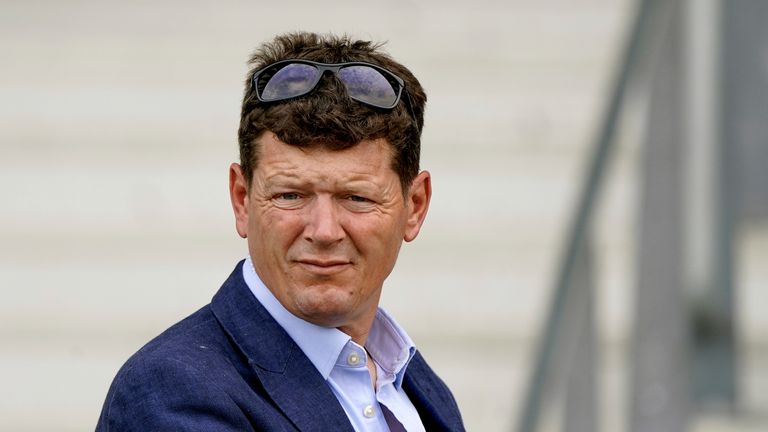 “That seems the logical target and we’ve got plenty of time to freshen her up between now and then.”

After losing her unbeaten record at York, Sandrine remains on target for the Cheveley Park Stakes at Newmarket next month.

Balding believes a number of factors went against the two-year-old in the Group Two Lowther Stakes, including a slow start.

“For whatever reason she missed a beat at the start and was a length further back than David [Probert] wanted to be,” Balding said. 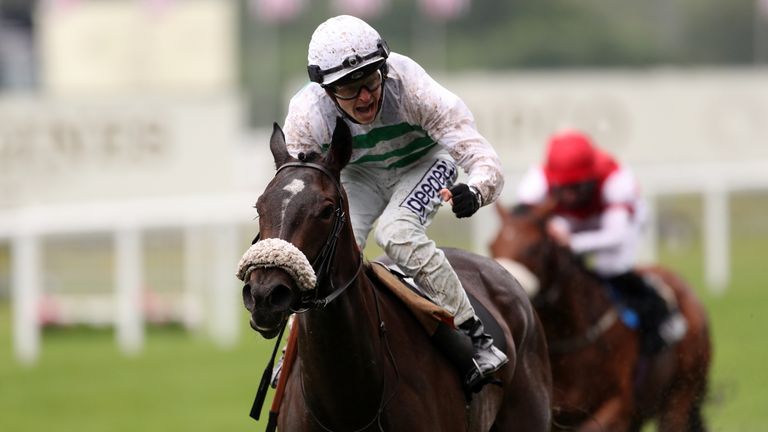 “She was giving three pounds to the winner which isn’t easy and was drawn on the wrong side of the track but she’s run with credit.

“We were always viewing that as a stepping stone to the Cheveley Park Stakes which is her main objective.”

Spanish Mission has begun long process of getting ready to travel to Australia for November’s Melbourne Cup.

The five-year-old followed up his admiral third in the Ascot Gold Cup with another fine effort in York’s Lonsdale Cup, when just out-battled by Stradivarius in a thrilling finish. 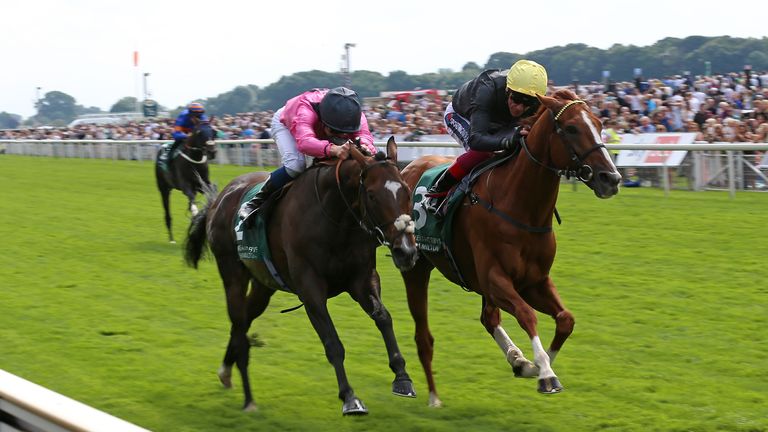 “He’s begun the veterinary process, which is quite an ordeal of scans,” Balding said.

“Our vets are happy with him so we’re just waiting for confirmation from the Australian vets before he goes into quarantine.

“It’s still very much the plan for him but we’ve still got a few hoops to get through.”

Balding currently sits top of the flat trainers’ championship having amassed 113 winners and £3.46m in prize money so far this season.

He leads Charlie Appleby (£3.0m) and John and Thady Gosden (£2.94m) in the table but knows there is still plenty to play for.

“I’ve been made well aware of it and it’s exciting for the whole team to have done that well,” Balding said.

“There’s a lot of prize money still on offer so we’ll just try to keep winning as many races as we can but we’ve got some big yards chasing us.

“If we happen to still be there after Champions Day then I’ll get excited.”