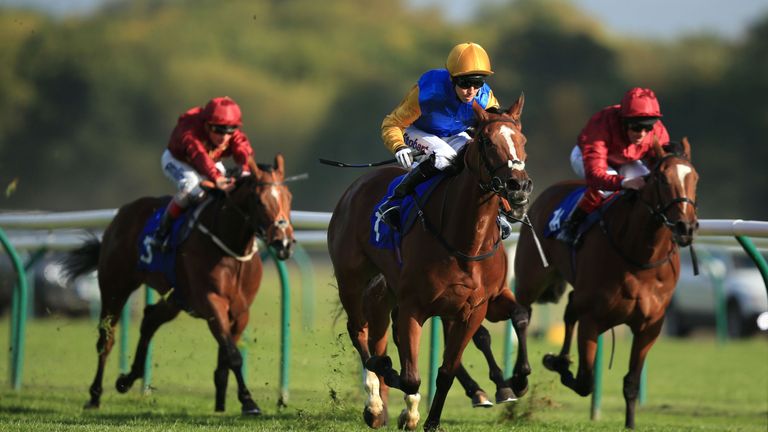 Architecture will attempt to put her lacklustre effort in last year’s Teddington Royal British Legion Stakes behind her when she lines up again in Saturday’s Newbury feature.

The five-year-old finished last in the 12-furlong race, better known as the St Simon Stakes, and has been off the track since.

Trainer Hugo Palmer reports his charge to be ready for her belated return though, and is hoping she can show a little of the form that saw her placed in both the English and Irish Oaks two years ago.

He said: “Architecture is in great form.

“She threw a splint when she was ready to run at the beginning of the year, which is quite unusual for a five-year-old.

“It has been quite a long road back, but she has been good for a long time and we have been very pleased with her recent work.

“I am looking forward to getting her back on track.”

Architecture is one of 15 entries for the Group Three contest, with Roger Charlton’s Aspetar, the William Haggas-trained Young Rascal and John Gosden’s Ebor second Weekender other notable contenders.

Palmer could also be represented in the Molson Coors Stakes, otherwise known as the Horris Hill Stakes, by recent Kempton winner Almufti.

A total of 19 juveniles are in the mix for the Group Three, with Mark Johnston’s Victory Command and the Mick Channon-trained Barbill bringing Pattern race form to the table.