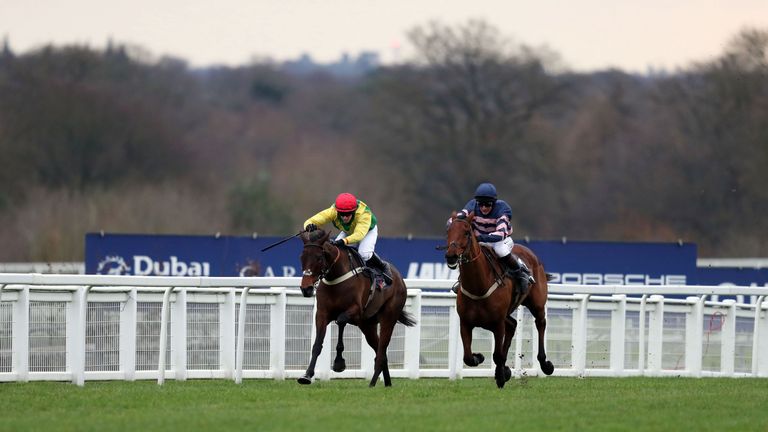 Gary Moore hopes Benatar can get his career back on track by returning to winning ways in the BetVictor Gold Cup at Cheltenham.

The six-year-old is a 16/1 shot with Sky Bet for the Grade Three contest on November 17, despite having beaten just one home on his return in an intermediate chase at Newton Abbot this month.

After winning his first three starts over fences last season, including a Grade Two at Ascot, the Ashley Head-owned gelding signed off last season by finishing a respectable third in the JLT at the Cheltenham Festival in March.

The BetVictor over two miles four and a half furlongs, a traditional early-season highlight over jumps, is therefore an obvious port of call.

Moore said: “He was another horse that was too fresh at Newton Abbot.

“Everything that could go wrong went wrong. Nothing was run to suit him that day.

“He is fine now, and all being well he will probably go to Cheltenham next for the BetVictor Gold Cup.”