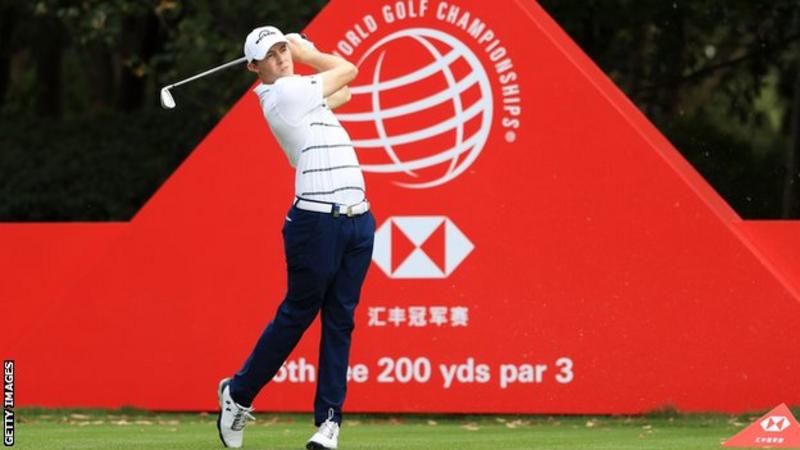 Englishman Matthew Fitzpatrick is three shots off leader Patrick Reed after the first round of the WGC-HSBC Champions.

Fitzpatrick, who made eight birdies in his round of 67, finished on five under par with countryman Tommy Fleetwood one stroke further adrift in Shanghai.

“It feels great,” said Reed, competing for the first time since the Ryder Cup.

“To be able to come out here and to be the first event back and to feel like I hit the ball really solid. I had full control, especially with how windy it was today.

“It felt really good because if you can go out and shoot rounds like that in these kind of conditions, you know you’re going to have confidence when the wind dies down and there are perfect conditions out there.”

Defending champion Justin Rose carded a bogey on the final hole for a three-under 69, level with fellow Englishmen Ian Poulter and Matt Wallace.

Rory McIlroy had to play a shot with his alternate hand to salvage a double-bogey on the par-four 16th, alongside new world number one Brooks Koepka.

The world number five, beginning on the back nine, sprayed his tee shot near a large trunk giving him no room for a right-handed swing.

The Northern Irishman turned the club face to connect a left-handed clearance on his way to dropping two shots, but recovered well with four birdies on the front nine to finish eight strokes off the pace at level par.