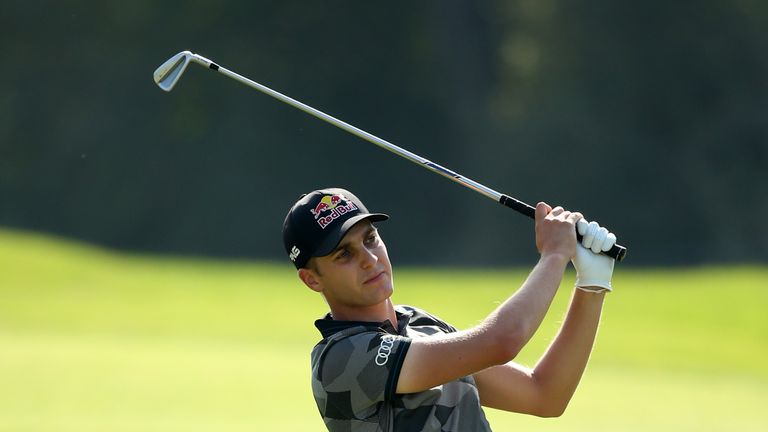 Matthias Schwab opened up a three-shot lead at the Turkish Airlines Open after the third round, while Justin Rose fell out of contention in his bid to win the title for a third successive year.

The Austrian recorded a six-under 66 at the Montgomerie Maxx Royal in Antalya to finish on 18 under as he birdied the par-five 18th for the third day in a row to lead from a five-way share of second place.

World No 102 Schwab recovered from a double-bogey at the par-four 12th to boost his chances of a maiden European Tour title, with English duo Tyrrell Hatton and Ross Fisher alongside Scotland’s Robert MacIntyre, Patrick Reed and Benjamin Hebert in second spot.

“I’ll just try and do the same stuff that I’ve been doing the last few days, and I’m sure pars will not be enough tomorrow because it’s usually pretty gettable out here,” said Schwab, who held a one-shot lead at the halfway stage.

“I’ll just be aggressive and keep doing what I’ve been doing.”

2018 Masters champion Reed birdied the 18th to record a second successive seven-under 65, which was matched by Hatton, who birdied his final two holes, while Fisher did well to avoid a closing bogey. MacIntyre picked up four shots across his final four holes to remain in contention for his first European Tour success after a fine campaign, while France’s Hebert, who is also without a win, had earlier set the clubhouse target with an equal best-of-the-day, eight-under 64.

“I’ve shot under par every time in them situations, so I’m just going to play my golf,” said MacIntyre, who has had three runner-up finishes this season.

Two-time defending champion Rose tumbled down the leaderboard after a three-over 38 on the front nine before the world No 8 made two birdies on the back nine to card a one-over 73 and finish at nine under.

Meanwhile, Scotland’s Scott Jamieson is five shots off Schwab after a second successive four-under 68, with Erik van Rooyen and Victor Perez, who won the Dunhill Links Championship in September, alongside him after matching 66s.