Home » The Tee Room: Lyle suffers nightmare fourth with a trip into the trees

The Tee Room: Sandi Lyle has a hole to forget with a seven at the fourth, Brooks Koepka hobbles around Augusta and British amateur Joe Long has a difficult day on his Masters debut

With the first round behind us at the 2021 Masters, there was plenty you may have missed from Thursday’s action.

There were expeditions into the trees, a true legend getting his recognition alongside the great champions, and some walking wounded out on course.

Sportsmail’s KIERAN GILL is on hand to fill you in with the latest goings on in Georgia. 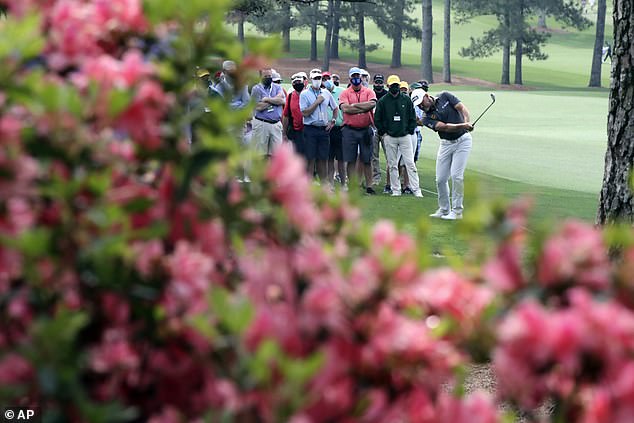 After a birdie on the second and bogey on the third, Sandy Lyle endured a nightmarish seven on the par-three fourth.

Lyle, who became the first British player to claim a green jacket in 1988, found the sand then completely thinned his chip out into the trees at the back of the green.

A drop, a wedge and three putts later, his nightmare came to its conclusion. 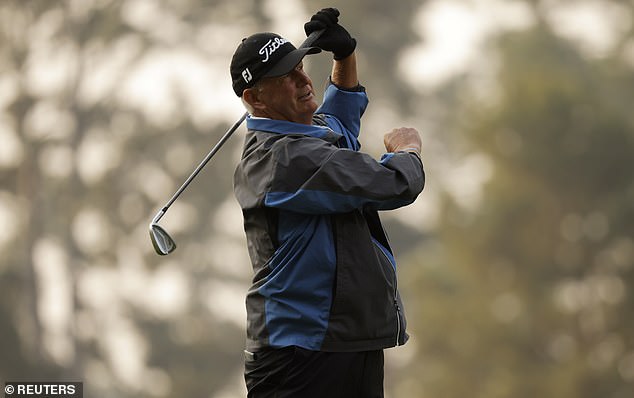 Sandy Lyle had a tough time on the fourth, ending up taking a trip off into the tree on Thursday

Lee Elder made Masters history in 1975 when he became the first black player to compete in the tournament, defying the death threats.

Elder described taking part in the ceremonial start as ‘something I’ll cherish the rest of my life’. 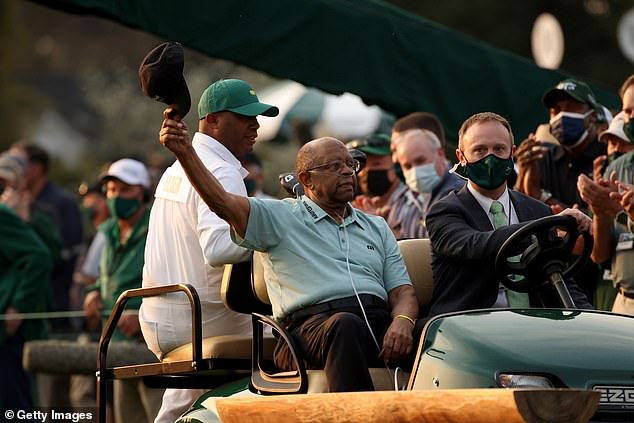 Lee Elder, Augusta’s first black player, enjoyed his day out as one of the honorary starters

With limited movement in his knee after surgery last month, American Brooks Koepka could be seen getting into some awkward positions when trying to retrieve his ball or study the line of a putt.

The hardest part, Koepka said in the build-up, was the walking rather than the playing itself. 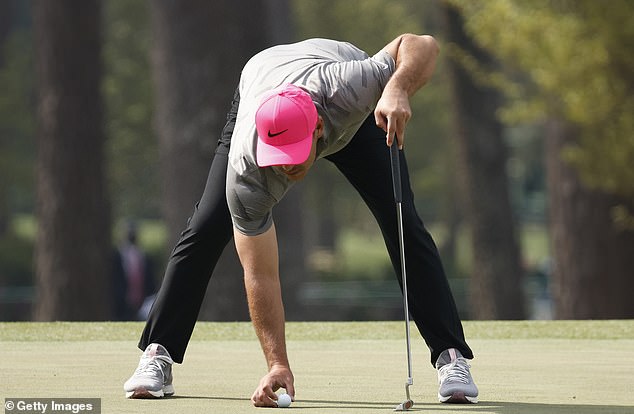 You heard it here first…

Sportsmail golf correspondent Derek Lawrenson tipped two outsiders on Thursday to keep an eye on — the 66-1 Will Zalatoris and 125-1 Christiaan Bezuidenhout.

Both enjoyed opening rounds of two-under.

A long day for Joe

British amateur Joe Long had a difficult day and finished 10 over par.

The 23-year-old Bristolian qualified for the Masters for the first time by winning last year’s Amateur Championship at Royal Birkdale.