The Open – Royal Portrush Diary: Phil Mickelson presented with crystal trophy to commemorate his special career… while Sergio Garcia turns down a different sort of gift

The 148th Open Championship gets underway at Royal Portrush on Thursday, as golf’s top players compete for the prestigious title

Here, Sportsmail‘s Ian Ladyman takes you through all the latest news ahead of the start of the tournament. 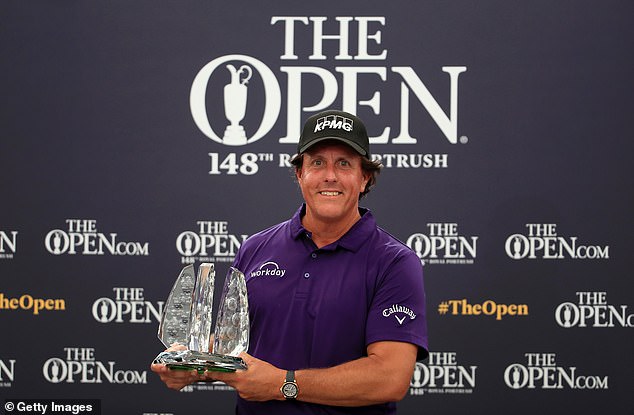 Phil Mickelson was presented with a crystal trophy to commemorate 25 consecutive years in the world top 50.

Former R&A chief executive Peter Dawson told him: ‘It’s a shame Mr Woods was around and you never made it to No 1.’

Crystals lose their sparkle for Garcia

Sergio Garcia was in good humour as he signed autographs at the 12th hole but turned down some ‘lucky Tibetan crystals’ offered by a fan from Kentucky.

‘He used to take them off me but maybe he doesn’t believe in them any more,’ said the man. ‘Justin Rose loves them. He is the nicest guy on tour!’ 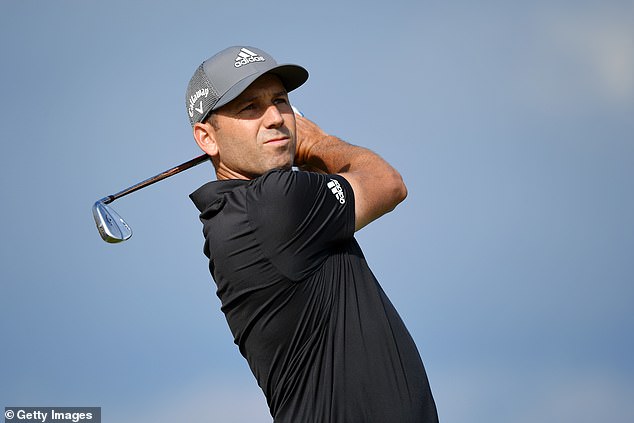 Sergio Garcia was offered some crystal too, but in the form of ‘lucky Tibetan crystals’

Darren Clarke has been given the honour of hitting the first tee shot at 6.35am on Thursday and the 2011 champion has adjusted his routine accordingly, being the first out for practice at 6.45am on Tuesday.

In the heat of battle at the 1997 Ryder Cup in Spain, Lee Westwood gave his visor to a young fan suffering from heat stroke. On Tuesday — almost 22 years later — a marshal on the second hole returned it, saying: ‘That boy was my son… thank you.’ Westwood signed it and gave it straight back. 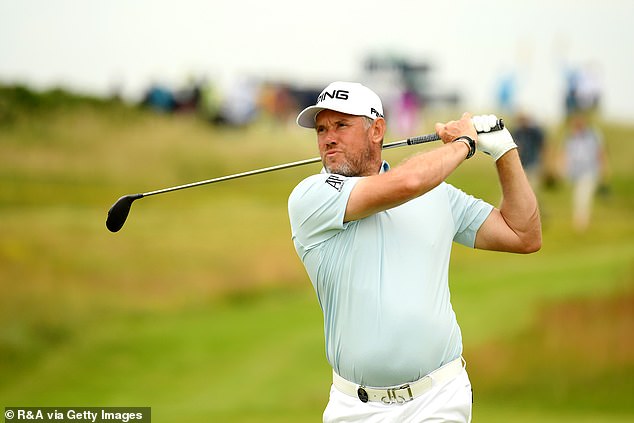 Portrush-born caddie Ricky Elliott has earned a few quid on the bag of Brooks Koepka, a four-time major winner, but he will not be spending much of it here.

‘I am staying with my mum and sleeping in the bed I grew up in,’ said Elliott. ‘It will be the first time she has seen me get up for a day’s work!’

5 Live forced to take beef off the menu

Radio 5 Live’s Open coverage has not been helped by the good form of two of their anticipated pundits. The BBC had planned to use Andrew ‘Beef’ Johnston and Paul Waring as part of the team at Portrush but both will now be in the field after strong qualifying performances at the Scottish Open and Irish Open respectively.