Home » Golf » Rolex Series 2018: The story so far ahead of Turkish Airlines Open 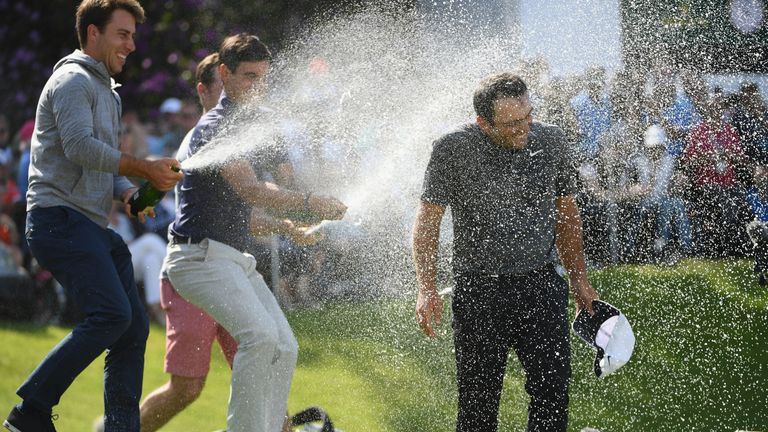 The European Tour’s lucrative Rolex Series is approaching the conclusion of its second edition, but there are still three events on the calendar as the battle to become Race to Dubai champion intensifies.

The Rolex Series consists of eight events throughout the season, beginning with the BMW Championship at Wentworth and culminates with the DP World Tour Championship in Dubai, which carries a prize fund of $8m.

Ahead of the Turkish Airlines Open – the first of the final three tournaments on the calendar – we take a look back at who has won this season’s Rolex Series events. 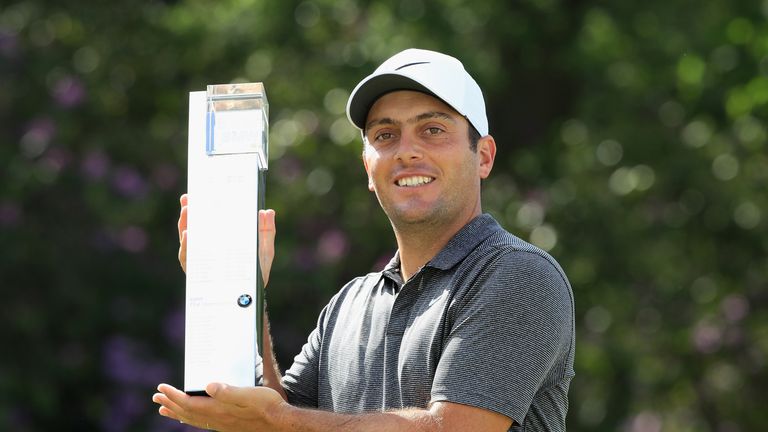 Alex Noren came into the week at the European Tour’s HQ as defending champion and with a Ryder Cup on home soil to come, there was plenty at stake for Europe’s leading players in the launch Rolex Series event of the campaign.

After an intriguing opening three rounds on the West Course, Rory McIlroy and Francesco Molinari were in a share of the lead coming into Sunday’s concluding act.

Molinari had finished in the top 10 at the event in five of the previous six seasons – including a second-place finish in 2017 – but a flawless final round saw him record his fifth European Tour title.

McIlroy had started the week in imperious form over the first two rounds but Molinari’s trademark consistency from tee to green, coupled with a solid putting display, saw the Italian finish with only two bogeys over 72 holes.

Defending champion Noren impressed again at Wentworth with a third-place finish, joining Dane Lucas Bjerregaard, who had charged up the leaderboard with a closing 65, including eight birdies. 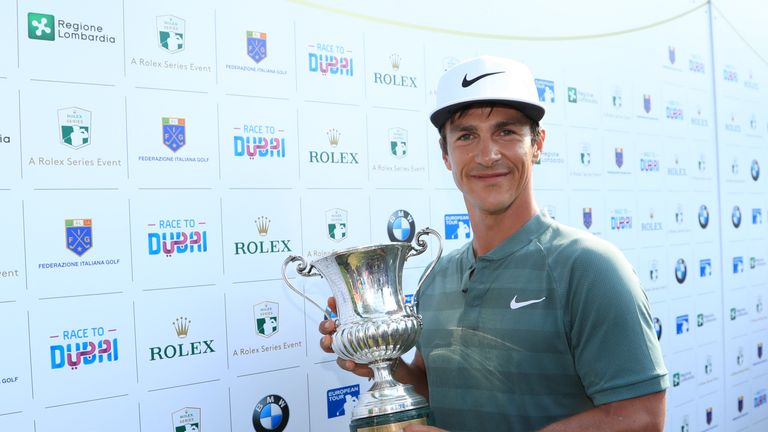 A second Rolex Series event quickly followed at Gardagolf Country Club and provided another great opportunity for some of Europe’s leading golfers to make a mark in qualification for Le Golf National.

Molinari, bidding for a third title on home soil, maintained his excellent form from Wentworth and was only denied back-to-back wins by a fantastic bogey-free 64 final round from Thorbjorn Olesen.

The final round was played in ideal conditions and the later starters were provided encouragement with strong finishes for European stalwarts in Lee Westwood and Graeme McDowell, who both moved into an early share of the clubhouse lead.

Overnight leader Lee Slattery saw his hopes of notable tournament victory disrupted when he was forced into a change of caddie, through injury, but the Englishman battled well and picked up three shots over the closing four holes to finish outright third.

Molinari raised the roof with a monster 50-foot birdie putt at the last to get within one shot and put the pressure on Olesen, coming down the 18th.

A play-off seemed a distinct possibility when Olesen found the right bunker but he completed a difficult escape with a seven-foot par putt to clinch victory. 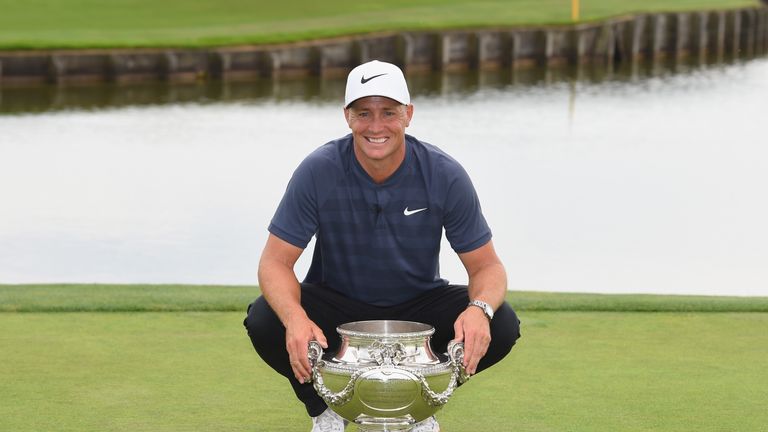 A Swede had never won the French Open and with rising prospect Marcus Kinhult leading the field heading into Sunday’s final round, a history-making result seemed a distinct possibility.

That proved to be the case at Le Golf National but in the form of Kinhult’s countryman Alex Noren, who birdied two of his last three holes in a four-under-par 67 for a one-shot victory.

Noren had begun the day seven strokes off the pace but underlined his credentials around the Ryder Cup layout with a fine finish to win his 10th European Tour title as his nearest challengers faded over the closing holes.

The opening two rounds had proved a test for a series of leading figures in the game, with defending champion Tommy Fleetwood, Rafa Cabrera Bello and Thorbjorn Olesen among those to not make the weekend, and in fact, Noren only made the cut by two shots.

Even when Noren posted the clubhouse target of seven under many thought that would not prove enough but Chris Wood dropped two shots over the closing four holes while Julian Suri, who also held a share of the advantage, finished with final-hole double bogey after finding the water with his approach. 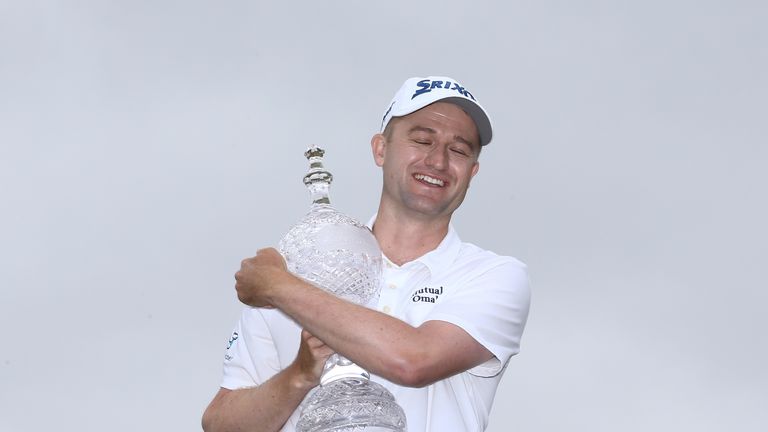 Russell Knox claimed his first title since 2016 with a thrilling play-off victory in the Irish Open at Ballyliffin, delivering with his putter when he needed to the most.

Having caused hilarity earlier in the week with his inability to dispose of an apple core, Knox holed two 40-foot putts at the 18th – the first in regulation play – to take the title and deny Ryan Fox a maiden European Tour success.

Knox boosted his hopes of a debut Ryder Cup appearance with victory, which appeared unlikely when New Zealand’s Fox moved two clear with birdies at the 12th and 13th.

After Knox and Jorge Campillo, who fired a course-record equalling 65 to finish one back, joined Fox at 13 under, he had an eagle opportunity from 12 feet but could only walk off with a birdie before Knox’s incredible long-range putt.

But a closing birdie at the 72nd hole would have sealed the win for Knox only for him to miss from 10 feet as Knox repeated his late drama as Fox agonisingly missed out extending the play-off when his birdie putt lipped out.

Scottish Open – Stone misses out on history but wins at Gullane 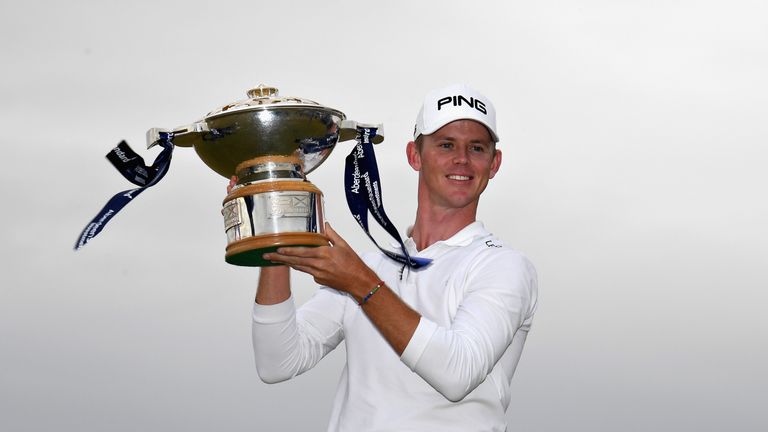 The third Rolex Series event in as many weeks saw Brandon Stone put his name into the record books as he equalled the lowest round in European Tour history to win the Scottish Open.

The South African became the 18th player to shoot 60 on the European Tour and fourth to do so in the final round on their way to lifting the trophy.

But a missed birdie putt at the 72nd hole saw Stone unable to record the first 59 – something that would later be achieved by Oli Fisher at the Portugal Masters – as he finished four clear of Eddie Pepperell at Gullane. Stone began the final round three shots behind overnight leader Jens Dantorp and initially, Pepperell moved to the top of the leaderboard as he hit the turn with a five-under-par 30 but he was quickly overhauled on another day of low scoring.

The 25-year-old, who had missed the cut at nine of his previous 16 events, covered the front nine in 31 before picking up four birdies in six holes before an eagle at the par-five 16th set up his chance at history.

Despite only making par over the closing two holes he could console himself with a coveted spot at The Open along with the title as Pepperell and Dantorp also joined him in receiving late exemptions, for being the leading three players not otherwise already qualified.

Watch live coverage of the Turkish Airlines Open from Thursday at 9am on Sky Sports Golf.