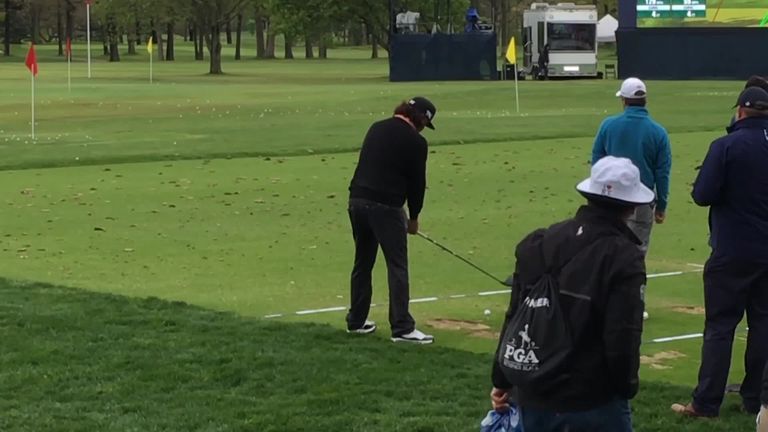 Pat Perez will hope to avoid a repeat of his misfortune on the range when he tees it up for the PGA Championship, after he broke his driver in unusual circumstances.

The three-time PGA Tour winner was practicing for the second major of the season at Bethpage Black when the head of his driver flew off.

Perez’s driver head came off immediately on contact before the American looked at his shaft and turned around as other players on the range realised what had happened.

The world No 90, who finished in a tie for sixth in 2005, will play alongside countrymen Bryson DeChambeau and Kevin Kisner in the first two rounds.