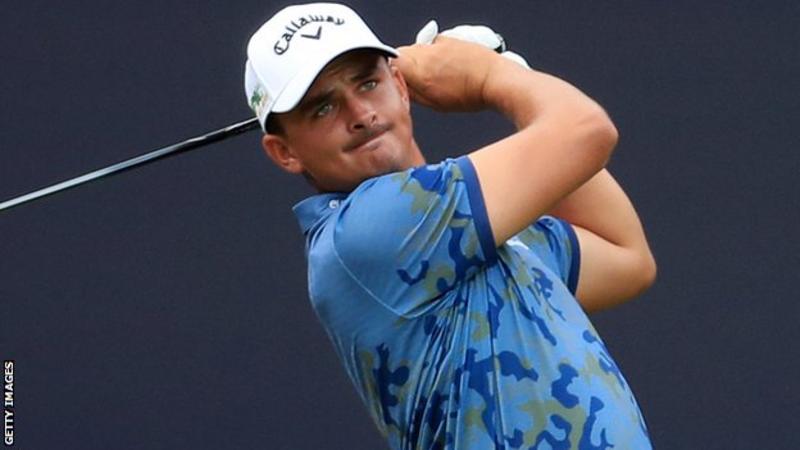 “That’s who I am now. I’ve accepted it. I’m comfortable with it.”

After playing a practice round with Justin Rose two days before the start of his first Open Championship, Christiaan Bezuidenhout is talking about the stammer that he refuses to let silence him.

A stammer that was caused when, as a two-year-old, the South African took a drink from a Coca-Cola bottle on the street at home not knowing it contained rat poison.

Despite his stomach being pumped, the damage to Bezuidenhout’s nervous system meant the speech impediment was permanent.

“That stutter would eventually lead me to develop a severe case of anxiety,” Bezuidenhout told the European Tour website after clinching the six-shot win at the Andalucia Masters last month which booked his spot this week at Royal Portrush.

“I was basically just living in my own world because I was always scared of having to engage in conversation.

“When I talked to people, I knew I would struggle and it would take time for me to deliver my words, so I always had a fear of answering the phone, saying my name or being asked a question.”

Therapy during his teenage years eventually helped Bezuidenhout to “put myself out there” amid a successful amateur career in South Africa which included winning the Western Province Stroke Play and Match Play titles in 2013.

However, in 2014 he received the devastating news that he had failed a random drugs test undertaken two months earlier at the Amateur Championship at Royal Portrush.

Before undergoing the drugs test, Bezuidenhout detailed on the accompanying paperwork his use of beta blockers to treat the anxiety caused by his shocking childhood episode.

But that didn’t prevent the Delmas-born golfer being handed a two-year ban which “felt like my life was over”, although his suspension was subsequently reduced to nine months after an appeal.

“It was reduced to nine months because I wasn’t using the medication to better my golf,” Bezuidenhout told BBC Sport Northern Ireland.

Five years on, the 25-year-old finds himself back at Royal Portrush.

“I don’t have the best memories from here. It almost feels like revenge being back playing here this week,” adds Bezuidenhout, who missed the cut in the British Amateur five years ago before learning of his positive drugs test.

This course suits him – Horan

Bezuidenhout, along with Tyrrell Hatton and Connor Syme, is among three members of the Modest Golf stable fronted by Niall Horan competing on the Dunluce links this week – and the pop star walked the fairways with the South African during Tuesday’s practice round.

“He powers on through and he’s becoming more and more confident in everything he does,” Horan told BBC Sport Northern Ireland.

“He’s one of those fellows who doesn’t dwell on the past. If you do that all the time, you will get nowhere.

“He got himself in here by winning in serious fashion.

“And this course suits him. He plays well links-wise and, if he can get going, I think this can be a big week for him.”

Indeed, Bezuidenhout’s ball-striking was the pick of his fourball on Tuesday as he played alongside former world number one Rose plus another South African, Richard Sterne, and Scotland’s Russell Knox.

The South African also has a wily campaigner at his side this week with Soweto man Zack Rasego having caddied for 2010 winner Louis Oosthuizen at St Andrews and also on the bag of Branden Grace when he became the first and only player to shot a 62 in a major in The Open at Royal Birkdale two years ago.

If Bezuidenhout keeps playing as well as he did on Tuesday, don’t be surprised to see him on the leaderboard this week.