Justin Rose added another lustrous page to his rich Masters history with a fabulous opening score of 65 that gave him the first round lead by no fewer than four clear strokes.

Only American Craig Wood, who shot 66 and led by five back in 1941, has ever had a bigger first day lead, as the Englishman shot his lowest score at Augusta in his 16th Masters and his 59th round.

Rose has been here before, of course, albeit not by such a handsome margin. On no fewer than three other occasions he led after the opening day. 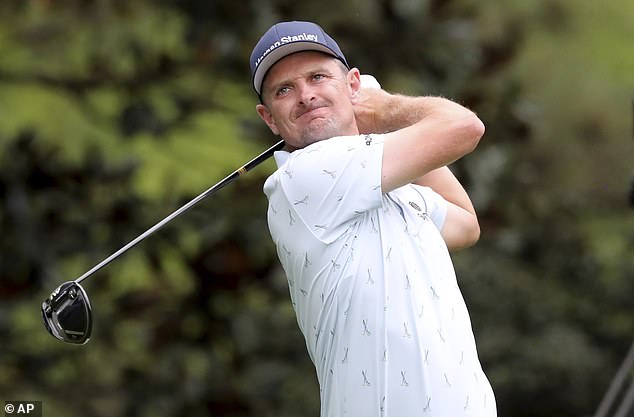 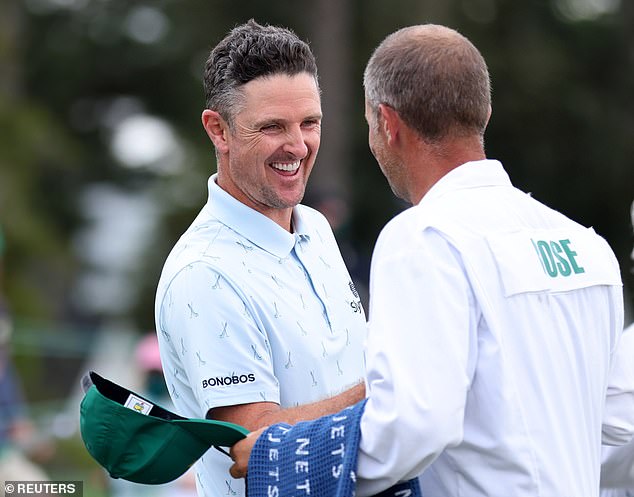 Rose has also led after the second round, the third round, he’s even been tied for the best score after 72 holes. But still no green jacket.

Few gave him much chance this year. Not after a back injury flared up last month and ruined his preparations in Florida. This is his first tournament for five weeks, but sometimes players can come out and play with freedom after such a break.

When you think how often he has bounced back from adversity, here was another example that no player has a more apt surname.

‘I’ve got to be honest, I didn’t know where my game was coming into this week, so I’m thrilled with that round,’ he said. ‘I’d seen some improvement on the range and I felt I was close. I didn’t know it was this close!’ 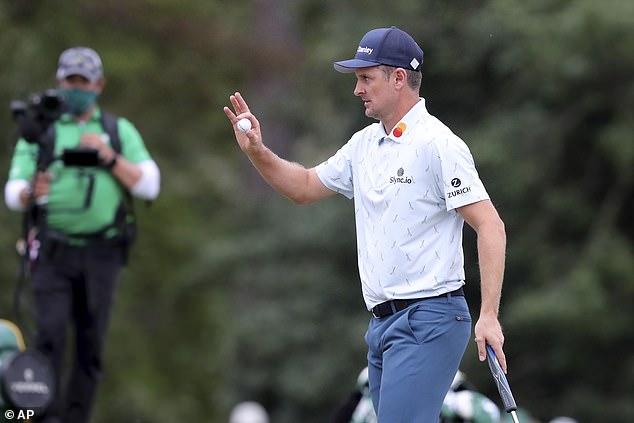 As the wind died down to make life easier for the later competitors, Rose took full advantage to post his wondrous score. There was no hint of it, mind, for seven holes. He was two over par at that stage as the game rust he was clearly feeling was all too evident.

Then, a lucky break at the par five 8th changed everything, his ball clambering fortuitously over a steep bank to set up an eagle three. That led to a pulsating sequence of scoring from the 40-year-old, the like of which the storied old course has rarely seen. 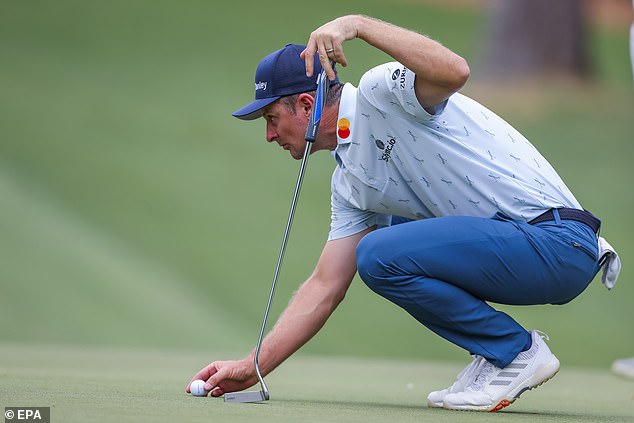 This round was even better than the 67 that gave him the first round lead way back in 2004. He led after the second round that year, too, before showing his inexperience with a third round 81. He also led on Friday morning in 2007 and 2008.

In 2017 he led going into the final round, where he had a Sunday afternoon duel for the ages against Sergio Garcia, before losing out in a sudden death play-off, after missing a 7ft putt on the 18th green.

Rose earned plenty of deserved plaudits for his sportsmanship and vowed to return one day to claim the jacket he richly deserves — but missed the halfway cut for the only time in 2019 and was off the pace last November. 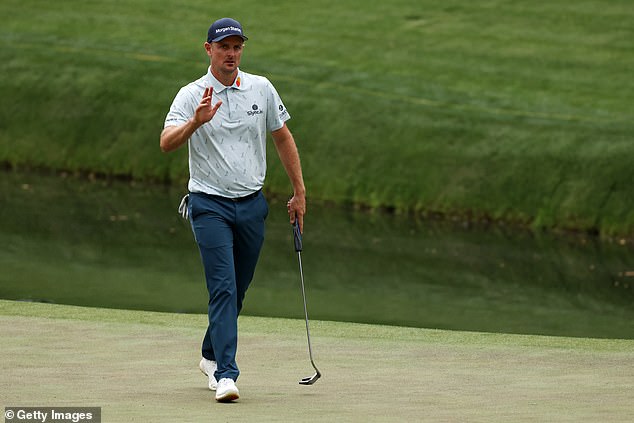 That formed part of a long struggle with his hitherto imperious long game. Ironically, at the same time, in his own words, he made the transition on the greens from an average to a very good putter. Now he has reunited with his long-time coach Sean Foley.

‘I’ve known good times and heartbreak here too,’ said Rose. ‘I might never have put my arms in the green jacket but I’ve been close enough several times to know what it’s all about.

‘Of course there’s no point getting carried away after day one, but let’s just enjoy it and see where it leads.’