Jon Rahm’s emotional win in Spain proved to me that all the money in the world will never rob the European Tour of its soul.

The warmth of those celebrations on the 18th at Madrid’s Club de Campo was a reminder of the community spirit that is unique to the European Tour even though it moves from country to country, week in week out.

Of course, it helps when there’s a local hero winning for the second year in a row, evoking memories of Seve Ballesteros, but there’s something just as heroic about the staging of these continental championships through good times and bad.

Spain has seen its fair share of low points in the last 10 years, when economic difficulties saw golf events drop off the European Tour schedule alarmingly and there were genuine concerns about the future of the Open de Espana.

To the great credit of Tour executives, sponsors, and Spanish players like Rahm, Sergio Garcia, Miguel Angel Jimenez, Jose Maria Olazabal and Rafa Cabrera Bello, the national championship has been rescued and nursed back to good health. The thousands of fans who turned out every day in Madrid endorsed that by creating an atmosphere that was not only loud and enthusiastic when required, but also quietly respectful in that classically stylish continental way.

There will be more of the same in Rome this week when Francesco Molinari headlines the Italian Open field alongside Justin Rose, Paul Casey, Shane Lowry, and Ian Poulter. 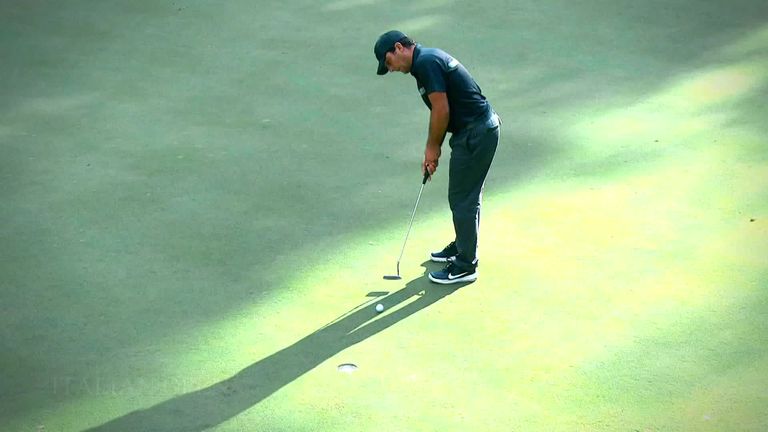 The added cachet of Rolex branding and massive financial backing guarantees another superb national championship but, as I said at the start, it’s not money that buys the style we see at tournaments in Rome, Madrid, or Paris.

Similarly, unique identities attach themselves to events in Germany, Holland, Denmark, Sweden, Switzerland and the Czech Republic, among others, where attendances have been increasing in recent years and where national sporting pride is the key ingredient to success. These great qualities are often overlooked in comparisons between the European and US Tours. Professional golf in America has built-in, unearned advantages that the PGA Tour merely has to exploit. In one country, they are blessed with the biggest economy in the world, a population of 330 million and an avid golf following of 30 million people.

Every city in America that hosts a PGA Tour event salutes its champion on a Sunday and starts planning for next year’s tournament on Monday morning. The results are brilliantly presented events, financed by huge corporations and supported comfortably by 25,000-40,000 fans per day. The European Tour doesn’t enjoy these ready-made circumstances and has to work twice as hard to get anywhere near that kind of success but, somehow, they do. So, while it’s easy for cynics to sneer when the European Tour schedule is announced each year with gaps and TBC’s, it’s worth taking a more balanced view of the positives.

Notwithstanding the intercontinental innovations which have made it a true World Tour, the efforts required to keep all the plates spinning across continental Europe are considerable.

Here in the UK, we selfishly crave more events in England where the BMW PGA at Wentworth and the British Masters are much-loved, but conjuring up new, properly-funded tournaments is a complicated process.

My advice to golf fans in Britain who would like to see more tournament golf has always been the same. Why not organise a little trip across or under the Channel and spend a few days at the French Open or head on further to Spain or Italy for their national championship?