The PGA Tour Series-China has become the latest golf tour to be affected by the coronavirus, with the start of the season delayed due to concerns about the disease in the region.

Qualifying events due to be held in Bintan, Indonesia and Phuket, Thailand, have both been postponed, while the first four events of the regular season have also been cancelled.

Tour officials hope to be able to reschedule the qualifying tournaments for the end of April or early May, with a reduced 10-tournament season then set to begin towards the end of May. “We watched and scrutinised the situation closely and we did not make this decision lightly,” PGA Tour Series-China executive director Greg Carlson said.

“After consultation with a variety of agencies, we determined postponement of the qualifying tournaments and the start of the regular season are the best courses of action at this time. “This is a major international health issue, and we will do everything possible to ensure the safety and well-being of our players and everybody else associated with these two tournaments.”

The Sanya Championship (March 23-29), the Haikou Classic (March 30-April 5), the Chongqing Championship (April 6-12) and the Guangzhou Open (April 13-19) have all been postponed by the tour, which offers Web.com Tour membership to its best-performing players.

The Honda LPGA Thailand, scheduled to take place from February 20-23, and the HSBC Women’s World Championship – due to be held in Singapore a week later – were called off earlier this week, while the Women’s Amateur Asia-Pacific Championship was also postponed. 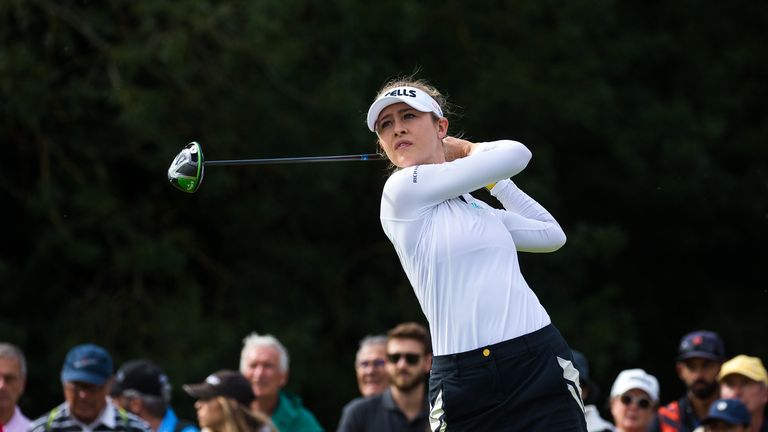 The European Tour are ‘monitoring’ the situation in the region and are expected to make an announcement in the coming days on the status of both the Maybank Championship in Malaysia, currently scheduled to be held from April 16-19, the Volvo China Open in Shenzhen a week later.

Other sporting events postponed or cancelled by the virus include the Chinese Formula One Grand Prix in Shanghai, the World Athletics Indoor Championships in Nanjing and Asian Champions League matches involving Chinese clubs.