Bryson DeChambeau has added to his reputation as the quirkiest player on the PGA Tour by revealing that he will putt with the flagstick in the hole in 2019.

Under a new rule for next year, players will be able to leave the pin in from anywhere on the course – even when they’re putting on the green.

And DeChambeau, who is known as golf’s ‘Mad Scientist’ due to his physics degree and methodical approach to the game, plans to exploit the new rule when it comes into play. 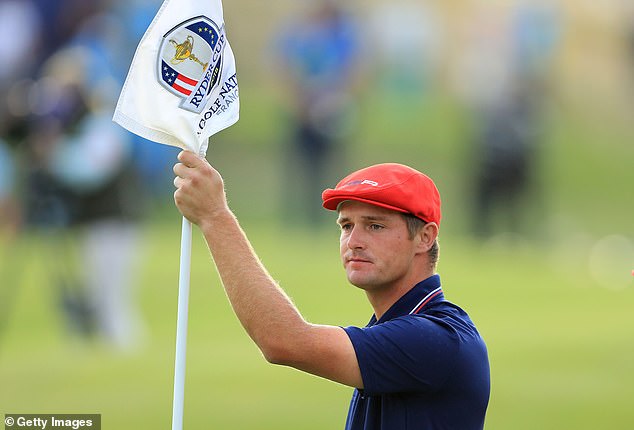 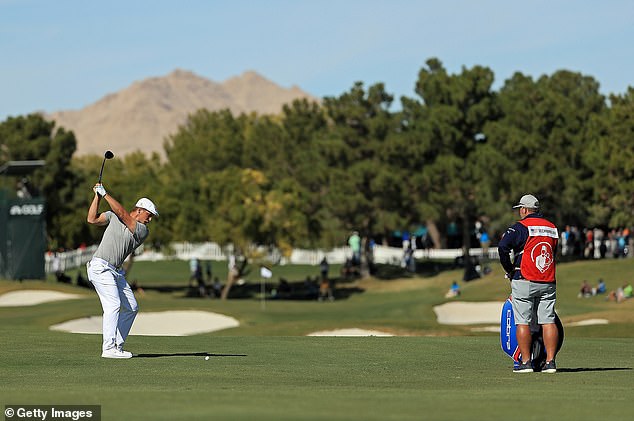 WHO IS BRYSON DECHAMBEAU?

He has, however, added a caveat to his blueprint for success after putting his love of science to good use – only fibreglass flagsticks will stay in.

‘It depends on the COR, the coefficient of restitution of the flagstick,’ he told golf.com.

‘In US Opens, I’ll take it out, and every other Tour event, when it’s fibreglass, I’ll leave it in and bounce that ball against the flagstick if I need to.

‘It’s a higher propensity for it to go in the hole if it’s fibreglass compared to metal.’

This is not the first time DeChambeau has used science to give himself an edge on the course. 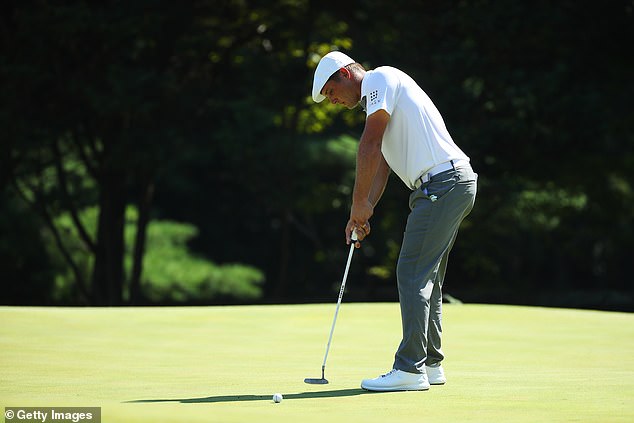 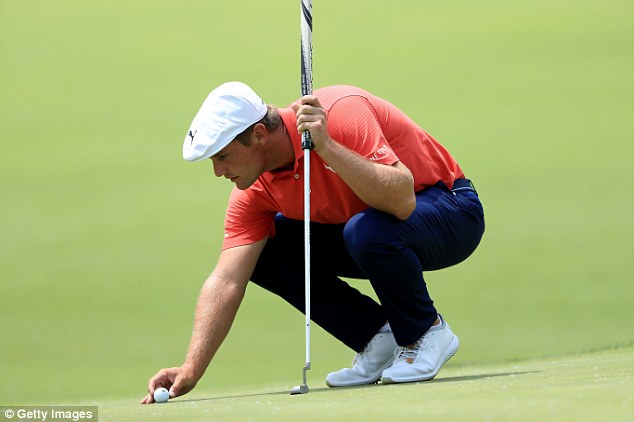 Shortly before September’s Ryder Cup, the 25-year-old was caught on camera spraying water on his balls in practice to simulate morning dew.

He has used a compass to help him check hole locations, gave side-saddle putting a try and has also played with a set of irons all with the same length shaft.

Asked whether he would leave the pin in when he putts next year, Dechambeau said: ‘Oh, absolutely. The USGA’s gonna have to go back on that one. Like, “No! We made the hole bigger!”‘