It was the European Tour’s flagship event and the final round of qualifying for Europe’s Ryder Cup team.

A massive crowd turned up to acclaim the winner of the BMW PGA Championship and send the team on their way to Whistling Straits next week. So who showed the requisite calm and style to claim the title? Who is heading across the Atlantic feeling on top of his game?

An American would you believe. An American who cannot get in their Ryder Cup team. Someone who did not even warrant a call from captain Steve Stricker to say he was not getting one of his six wild cards. 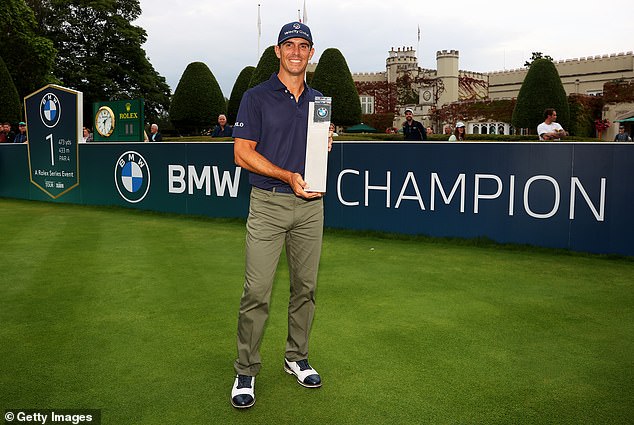 Billy Horschel, who isn’t in the US Ryder Cup team, won the BMW PGA Championship

Billy Horschel might still get the nod as a late substitute if Brooks Koepka does not recover from his wrist injury.

The winner of the WGC Match Play Championship this season, the 37-year-old played a nerveless pitch at the 18th to clinch a one-shot victory over England’s Laurie Canter, veteran Welshman Jamie Donaldson and Kiradech Aphibarnrat from Thailand. 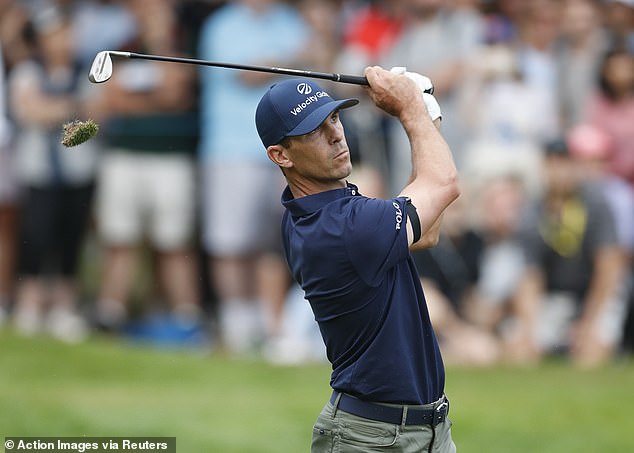 A keen West Ham fan, Horschel even did the time-honoured Irons salute as he collected the trophy. Watching were Declan Rice and Mark Noble and the trio went off to dinner to celebrate. ‘It was an honour watching him,’ said Noble.

As for the runners-up, this was another step forward in the burgeoning career of 31-year-old Canter, who is proving a real late developer.