The 27-year-old Swede lost to Ivan Baranchyk in the World Boxing Super Series and left the ring with an injury fans likened to film character Quasimodo from Disney’s Hunchback of Notre Dame.

The fight was stopped in round seven after the ringside doctor advised the call with fears over Yigit’s left eye. 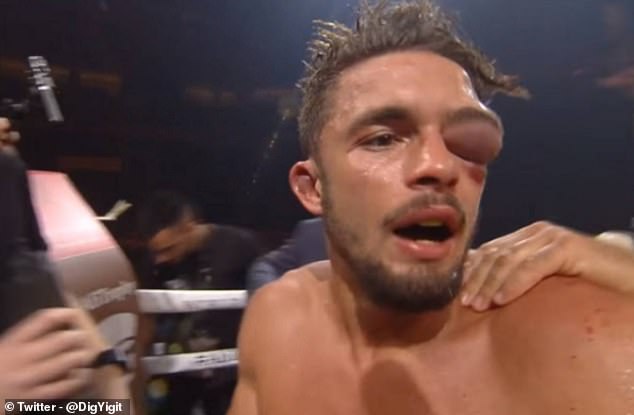 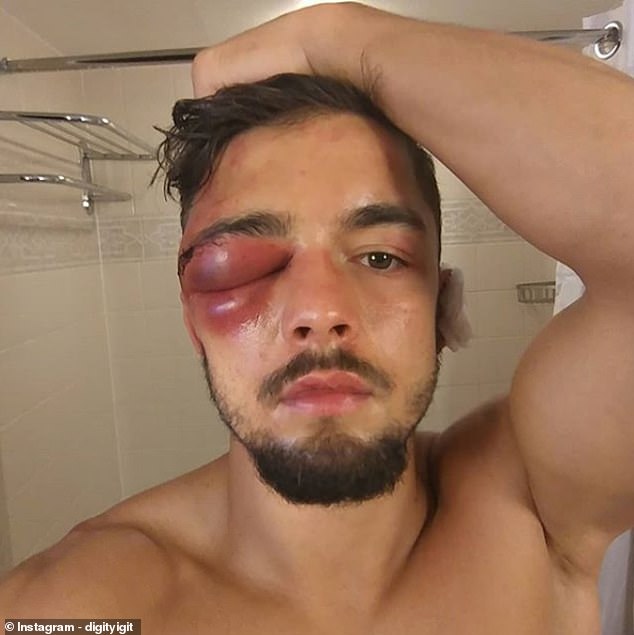 In a statement on his official Instagram page he wrote: ‘Well, that didn’t go as planned. The gameplan was to be competitive in the first couple rounds but keep the distance and then take over in the latter rounds.

‘I got drawn in to unnecessary fights with him and that’s where he wanted me. I was down 2 rounds with two of the judges scorecards and one judge had it even, coming in to the 8th round. With 5 more rounds to go I was quite certain I could’ve flipped it.

‘The eye is ok (looks worse than it is), got a couple of stitches above the eyebrow from a cut, drained blood from my ear and also got a small fracture in my jaw in the 5th round. 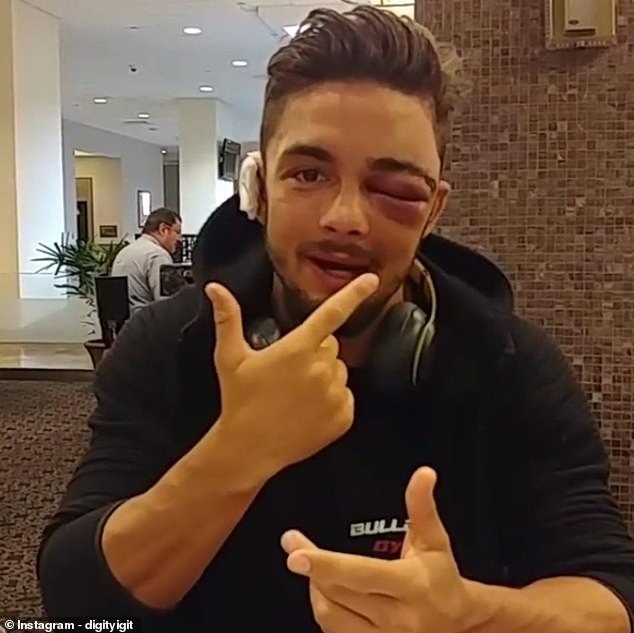 In a video posted to his Instagram, Yigit tried to ease fans fears that he has major damage

‘A tough Saturday night, in other words. I just want to say thank you to everyone who’s been supporting me and cheering for me. I hope you enjoyed my fight even though it didn’t go my way but I will come back stronger.’

While Baranchyk advances to the semi-finals of the WBSS, where he will face either Josh Taylor or Ryan Martin, Yigit took the internet by storm under the Quasimodo title.

He tweeted: ‘Don’t know what to think about this picture being the reason I’m famous on the internets but thank you all for commenting Quasimodo pictures.

‘Nothing is damaged around or in the eye. It’s just grotesquely swollen. Also, doctor stopping the fight did his job and he did it well.’ 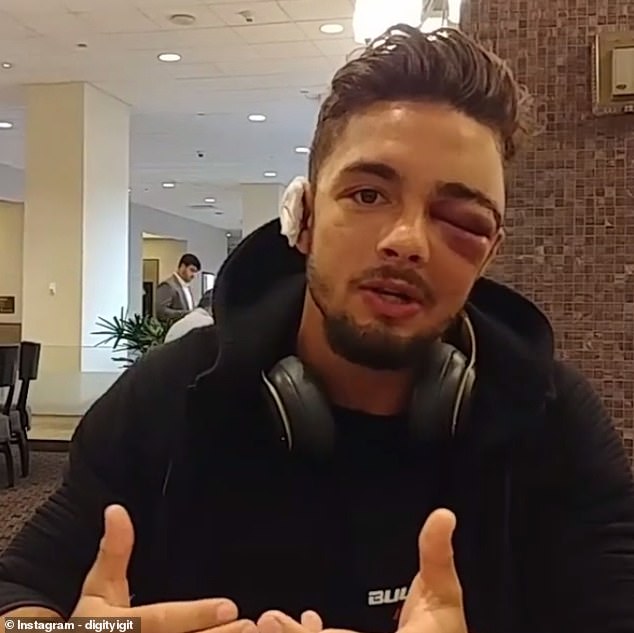 The eye swelled up to an incredible size and left many seriously concerned as to any damage, despite his protestations that all was well in and around the eye.

‘I want to thank you for all your well wishes,’ he added in an Instagram video.

‘I love how I have become a meme on the internet! You can see my eye is getting a bit better now but I do have a small fracture on my jaw. I can only drink fluids for the next few weeks which kind of sucks.

‘I’m heading back to Sweden and I am going to come back stronger.’