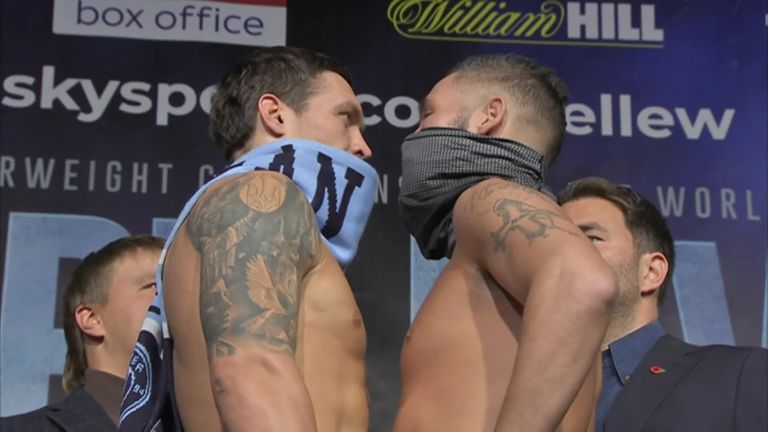 Oleksandr Usyk concealed his face, as Tony Bellew had previously done, during a fierce face-off at Friday’s weigh-in.

Usyk (14st 2lbs) tied a Manchester City scarf around his face to match Bellew (14st 3lbs) who wore a bandana for the second day in a row.

Usyk and Bellew then exchanged words during their stare-down, still hiding half of their faces, before a respectful embrace teed up Saturday’s undisputed world cruiserweight title fight. 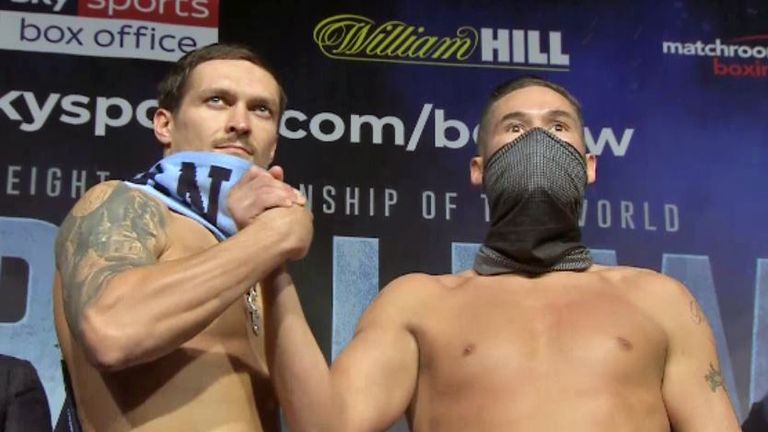 Bellew screamed “come on” into the Manchester crowd afterwards, while Usyk raised a Ukraine flag.

Asked what he saw when looking into Usyk’s eyes, Bellew said: “A lunatic, the exact thing he’s looking at. We are going to create madness.

“I’m going to shock the world once again.

“The only person who beats me, is me!”

Bellew is a former WBC cruiserweight champion having won the belt at Goodison Park two years ago, and is returning to the division after back-to-back heavyweight wins against David Haye.

He weighed in at 15st most recently against Haye and required a strict diet and training regime to efficiently cut back to the lower division.

Usyk’s IBF, WBA, WBC and WBO cruiserweight gold, a haul completed as he won the inaugural World Boxing Super Series, is at stake in Manchester on Saturday. 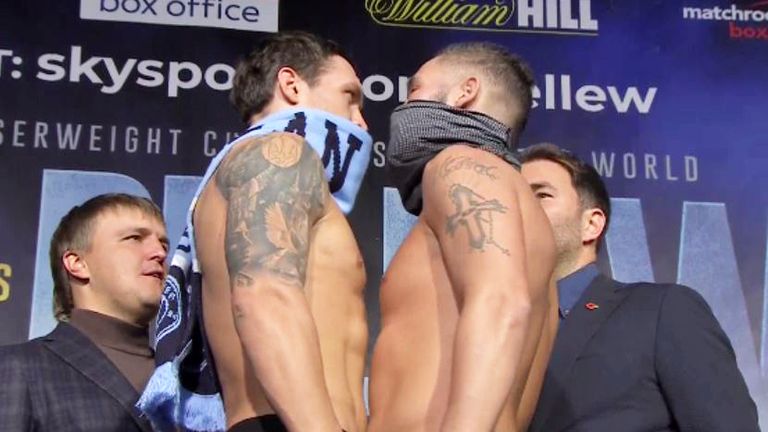 Anthony Crolla (9st 9lbs) was right on the lightweight limit before his final eliminator for the WBA title against Daud Yordan (9st 7lbs).

Richard Riakpohre (14st 1lbs) and Sam Hyde (14st 3lbs) were inside the cruiserweight limit before they contest the vacant WBA international title.