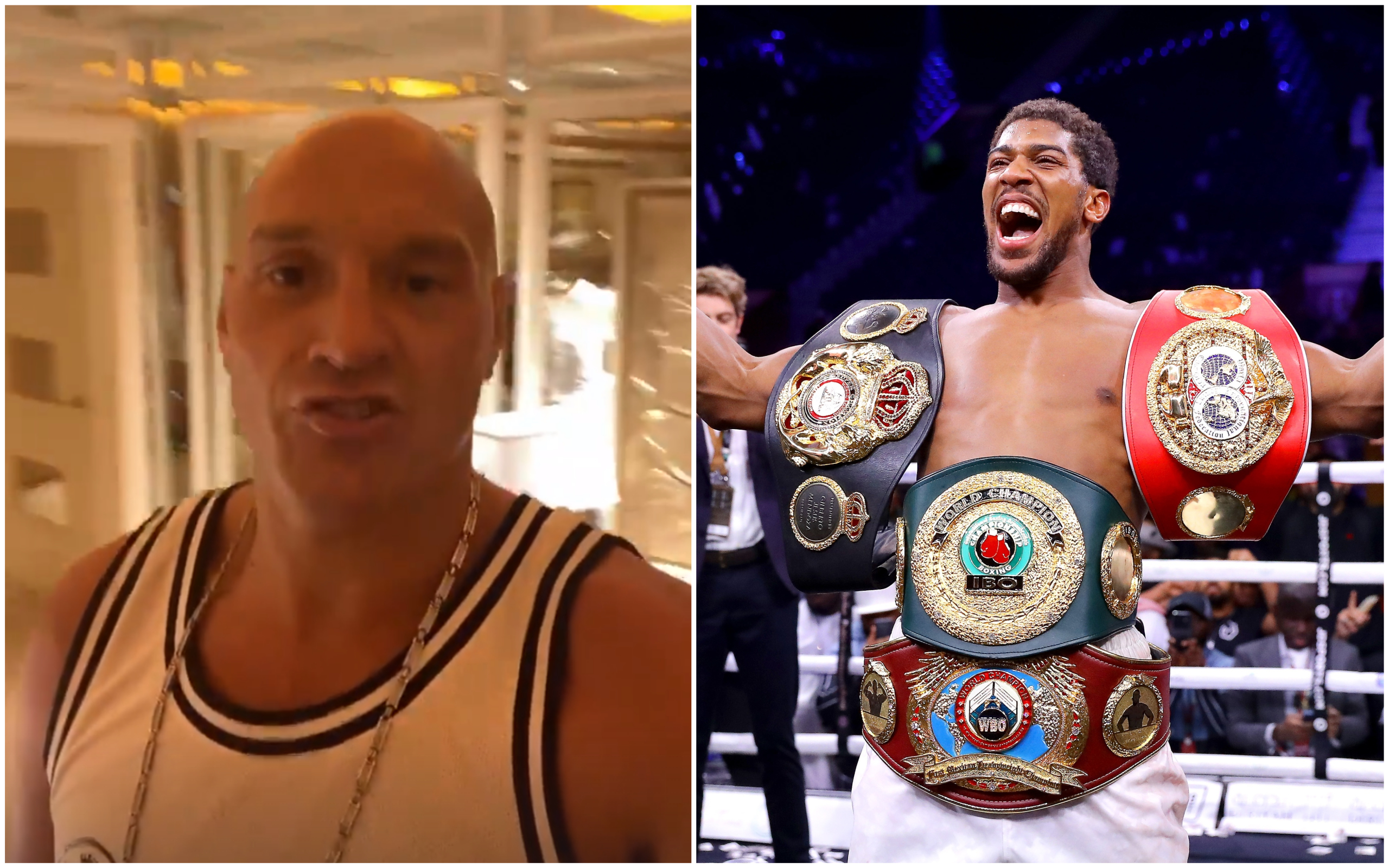 Tyson Fury has promised to quit on his stool if he fails to knock out Anthony Joshua inside three rounds.

Fury and Joshua are due to clash this summer with Eddie Hearn last week revealing the two parties had agreed a site deal – thought to be in Saudi Arabia – for their heavyweight unification showdown.

After dismantling Deontay Wilder in February 2020, ‘The Gypsy King’ has promised to do likewise to WBO, IBF and WBA (Super) champion Joshua, insisting last year he would do the job inside two rounds.

Fury has now raised the stakes, promising to end the fight himself if ‘AJ’ is still standing after nine minutes of action.

Fury said on Instagram: ‘While I’m on a rant I might as well call out one more person. A big useless dosser. Not a real fighting man, a hype job, bodybuilder, cross fit, big ugly s*thouse, that’s Anthony Joshua.

‘AJ, if you’re out there let’s make this fight happen you big dosser, you big s**thouse bum dosser.

‘I’m going to smash your face in too and there’s not one thing you can do about it. Prove me wrong sucker, prove me wrong; I’m number one.’

Fury then added: ‘I’ve just been thinking… AJ, if you go past three rounds with me I’ll quit in the corner, that’s how confident I am of taking you out in the first two or three rounds. Out, out like a light.’

Joshua’s promoter Eddie Hearn has spoken confidently of an official announcement coming very soon but there has been recent uncertainty from Fury’s camp.

Bob Arum, Fury’s co-promoter, told Boxing Scene the proposed site deal with Saudi Arabia was a ‘mirage’ and has also suggested the possibility of the WBC champion fighting Wilder for a third time this summer instead of Joshua.