Terri Harper banished the demons of her draw with Natasha Jonas as she stopped Katharina Thanderz to defend her WBC super-featherweight title.

Harper clung onto her WBC belt after a stalemate with Jonas in the summer, but produced a far more composed performance to ruthlessly halt Thanderz at The SSE Arena, Wembley.

Starting with aggressive intent, Harper rammed in a string of right hands to force Thanderz onto the back foot in the first round. 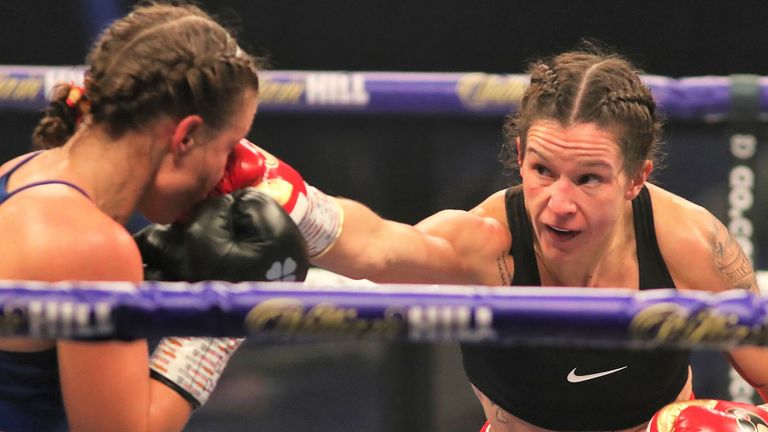 Harper continued to follow stiff jabs with swift right hands in the second, and the reddened face of Thanderz had a concerned expression after more punishment in the third.

The Norwegian tried to gain a foothold in the fourth, landing an eye-catching uppercut, but Harper replied with smooth combinations in the fifth.

Slick footwork from Harper was frustrating Thanderz, who was caught by stiff jabs in the sixth, although she did reply with a thudding body shot in the seventh. 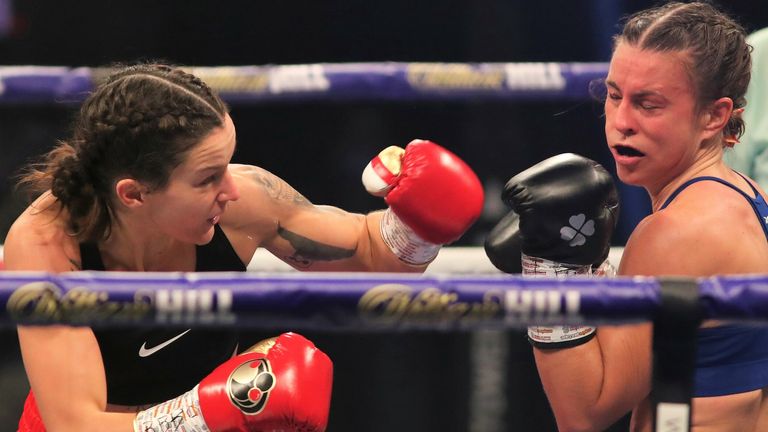 Thanderz was showing more urgency, perhaps sensing she was behind on the cards, but struggled in the eighth to pin down Harper, who emphatically ended the fight in the next round.

A perfectly placed body shot forced Thanderz to bend over in pain and Harper forced the referee’s intervention with a ruthless assault.