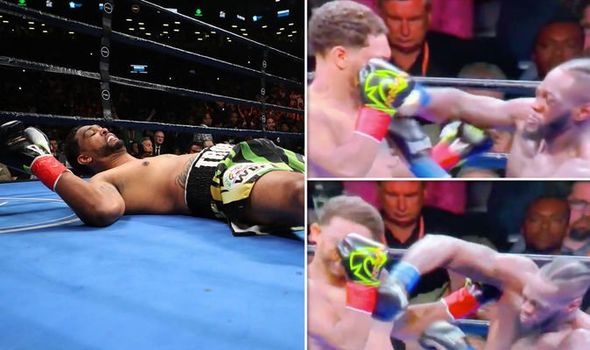 The Bronze Bomber wobbled the Californian one minute into their contest, throwing his adversary’s gameplan out the window.

Breazeale elected to fight fire with fire, throwing big shots himself and landing a right hand which wobbled Wilder.

The unbeaten champion then entered a clinch to regain composure before unleashing a dynamite right.

The shot caught Breazeale flush on the chin and rendered him to a splayed figure on the canvas.

Referee Harvey Dock began a ten-count but cut it short, realising the 33-year-old was in no state to continue.

Wilder celebrated wildly as an under-full-capacity crowd at Barclays Center rejoiced over the Alabama boxer’s victory.

He has dropped every man he has ever faced, with only Tyson Fury battling through the two knockdowns he received in December to claim a draw. 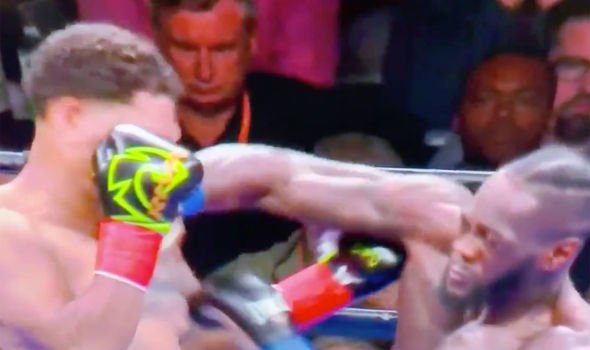 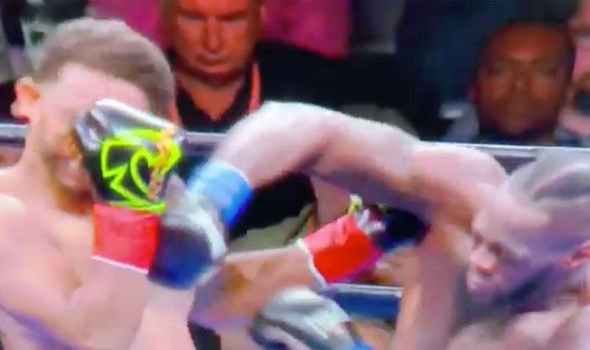 Animosity was rife in the build-up to Wilder’s mandatory defence against Breazeale, stemming from a hotel fight which broke out between the pair in February 2017.

Wilder claimed that he would feel no remorse for killing a man in the ring, while confirming previous desires that he wants a “body on my record”.

The Bronze Bomber faces a hearing from the WBC for his comments but tried to swallow his words after the bout.

“Everything came out of me tonight,” Wilder told Showtime. 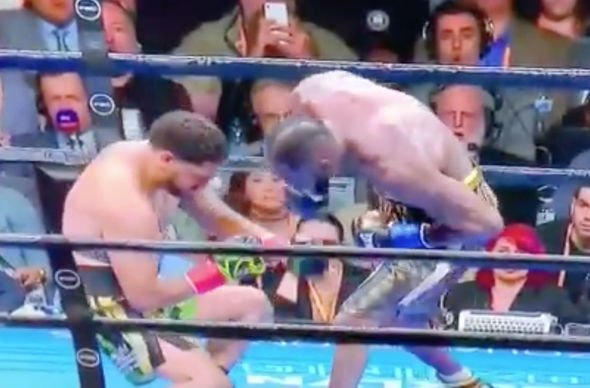 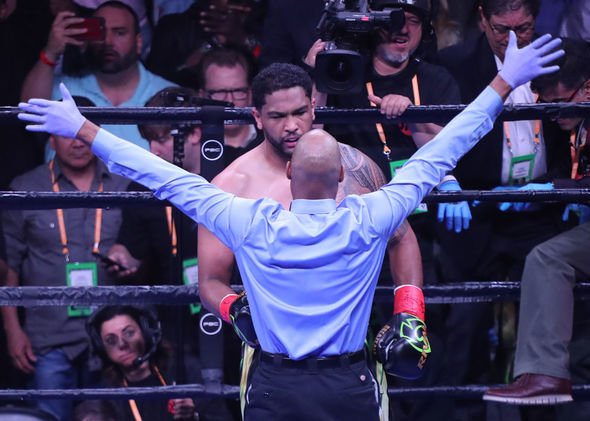 “I know it’s been a big build-up, a lot of animosity, chaos and hatred to one another, a lot of words said. It just came out tonight.

“This is what makes boxing great. When you have stuff to overcome. I’ve told him I love him and I want to see him go home to his family.

“I know we say things we mean sometimes but when you get into a fight and settle your differences, if you can then hug him and kiss him, I wish the world was like that, handle things with our hands and then live to see another day.”