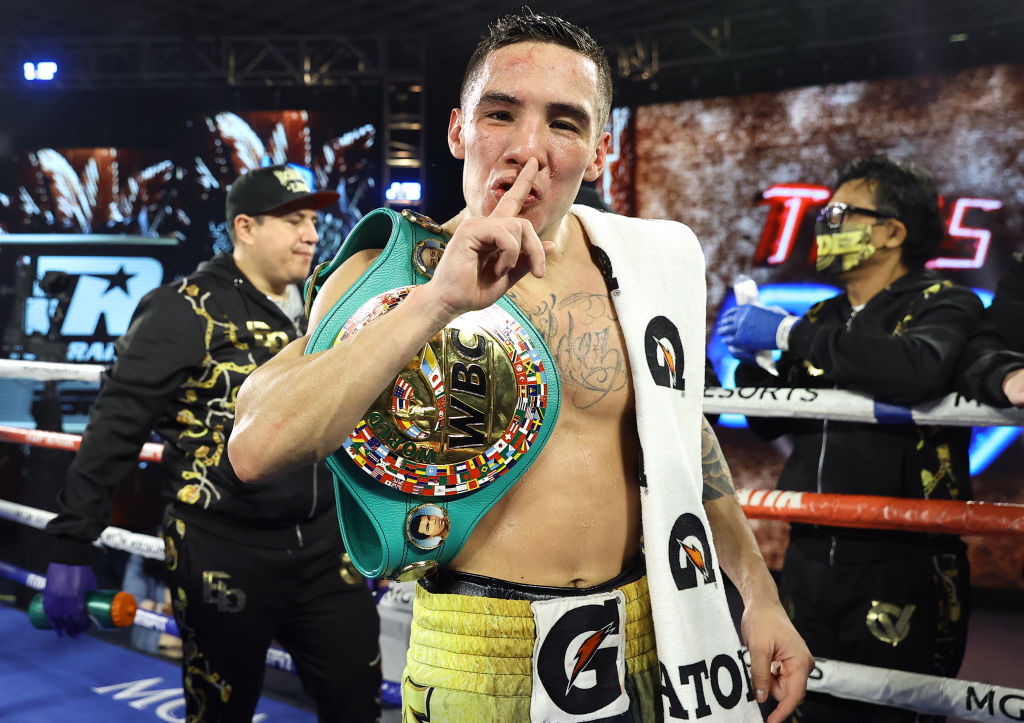 In his latest column with Metro.co.uk, the British boxing legend looks at what is next for Josh Warrington, reacts to the Oscar Valdez controversy and previews another big for Fightzone.

Warrington must move on to new challenge

It was a shame what happened on Josh Warrington’s big night back. He would have been so disappointed with the decision having wanted to set the record straight against Mauricio Lara. But it happens, it wasn’t the first time a head clash like that has happened and it won’t be the last. But if were Josh, I would stay positive.

At the end of the day, Josh Warrington is one of the biggest ticket sellers in UK boxing and probably in world boxing. There are going to be opportunities out there for someone like Josh, he’s a big fish because of that fan base.

Knowing cuts and judging how bad that one was, I’m guessing Lara will be out for maybe six months. I don’t think it would be wise for Josh to sit on his a**e for six months. What I would do in Josh’s position is go searching for other options, and they will be there for him.

Josh won’t want to end his career or move too far on in his career without righting that wrong and avenging that loss. But all in good time. While Lara is on the sidelines, Josh has every right to say: ‘Listen, I’m going searching for someone else, but you have my word further down the line we will do it again’. That’s what I would do. And in the meantime, he can go after something big. He and Lara will fight again. He won’t want to hang his gloves up without putting that right.

There are good fights there if he can get them, world title fights. Obviously Kid Galahad has Josh’s old IBF belt. Leigh Wood has the WBA, Emanuel Navarrete is there with the WBO, even Gary Russell Jr with the WBC. You could even mention Jazza Dickens in there too, I know Kid Galahad beat him but he’s a good domestic fighter and that would still sell if the worst came to worst and nothing was forthcoming. It would be a cracking domestic showdown. He has to keep working, he has to keep earning.

I think he is still in a position to go straight into a world title shot, only 12 months ago he was an undefeated champion. And if he can go out there and get a belt, I think he would turn around and make the first defence against Lara, making that third fight even bigger.

I think the team have just got to see what comes across the table and go from there as soon as possible. Josh has got to move on. And knowing him as the champion he is, whether he gets a world title shot in his next fight or not, he won’t want to hang up the gloves before setting things straight with Lara.

Valdez scandal is a blow for boxing

In my opinion, the situation with Oscar Valdez is worrying. What happens if Robson Conceicao was to get seriously hurt this weekend? I’m a big fan of the WBC, the green belt is the one that everyone wants. It is seen as the main belt for a lot of fighters. But they can’t come out of this with any credibility whatsoever. It is just wrong.

Years ago we complained there’s too many weights, now we complain about too many belts and YouTubers fighting. For all of that you’ve got to move with the times. But this is another thing to add to the list for me. How the hell can this happen in this day and age?

You might as well tell people: Don’t worry, take what you want and you’ll probably get away with it.’ Where is the punishment for taking something that is against the rules? There doesn’t seem to be one and you’re allowed to fight, you’re allowed to get paid and you’re allowed to keep your title. What are we having drugs tests for then? ‘Take this, you probably won’t get caught, the fight will go ahead. F**k it’. That is the attitude.

But we are in the hurt business and lives could possibly be at stake. In boxing, one punch can make all the difference and with that one punch that is a little bit harder, there is always the possibility of a fatality. Thankfully, that only pops up now and again, but it does happen. In order to keep boxers safe, if they are caught breaking these rules, something must be done. That is why we have testing. So nobody does get the unfair advantage that could led to someone getting seriously hurt.

This is putting boxers at risk and putting the reputation of the sport at risk. I would have loved to have been at that meeting to see how they got to this conclusion. It is f*****g madness.

You hear rumours around the gyms and certain big names have been brought up about how they are doing that [taking banned substances] and it doesn’t set a good example to the youngsters coming through. We are trying to cut it out of the sport but when you are letting people off for it, how are you going to accomplish that? You get more people taking it if there are no consequences for your actions. It is not good for the sport.

Editor’s note: Oscar Valdez tested positive for the banned substance phentermine last month but has strongly denied knowingly taking any banned substances at any point in his career.

Fightzone is in Leicester this weekend with a cracking contest between Kyle Haywood and Alex Fearon for the vacant Midlands Arena super-welterweight title headlining the card.

Carl Greaves is promoting the show, an old friend of mine who is hugely respected in the sport. Carl is a seasoned small hall promoter and a respected trainer and matchmaker, people like him really are the lifeblood of British boxing.

Small hall shows are vital in the sport and for people like Carl, Fightzone has given them a massive boost. Fightzone are playing a vital role here, giving people like Carl the opportunity and platform to put these shows for young prospects in the game making their debuts.

Last week was his 148th show and he is still going strong. Carl is vastly respected and one of the most experienced operators in the industry.

British boxing fans need to get behind the small hall shows as much as they can and it’s good to see Fightzone throwing their support right behind them every week.

Visit www.fightzone.uk and join the revolution.