Home » Boxing » Kelly vs Avanesyan: Conor Benn has risked defeat and serious injury but is relishing his whirlwind career 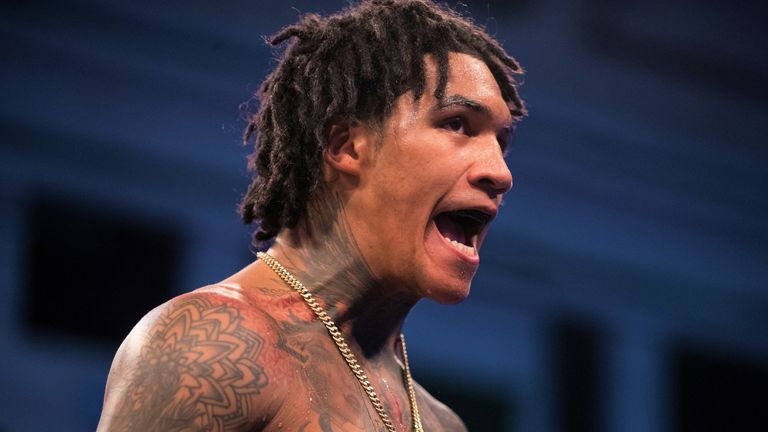 Most debutants might dream of being chief support to Anthony Joshua versus Charles Martin at the O2 Arena in front of 20,000 people. By virtue of his name, Conor Benn has been thrust into the spotlight straight from the start. The 19-year-old Londoner marched out to the haunting melody of ‘Ready or Not’ by the Fugees, a song released the year he was born. It was a surreal experience.

Benn did not even want to be a fighter when he was young. Arriving in the rock-hard town of Hyde to train with Ricky Hatton, he had no deep-seated desire to emulate his father, former world champion Nigel Benn.

Speaking ahead of his return to The O2 on the Josh Kelly-David Avanesyan bill on March 28, live on Sky Sports, Benn said: “There was nothing much for me in Australia at the time, so I thought I might as well give boxing a go. 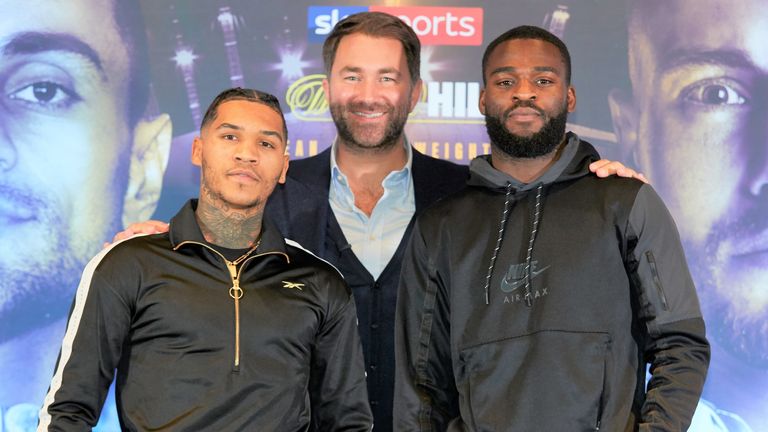 ANNOUNCED! 🚨 @Conornigel is back on March 28th for his first fight of 2020 🔥 pic.twitter.com/ZjzFm0nFNM

“Ricky Hatton’s last fight was the first fight I ever went to, and I love Ricky’s style. He always brought it, so that’s why I chose Manchester.

“When you watch my fights and I’m skipping to the side, left hook to the body, Ricky got me doing that. He was there at my debut and, after I knocked the guy out in the first round with a shot he taught me, I looked at him and said, ‘Thank you, Ricky’.

“I left Ricky and moved to London to sign up with Matchroom, but I’ll always be grateful to Ricky for taking me in.

“Me and (trainer) Tony Sims have got a great relationship. I’ve had to go through a lot of discomforting things here, things that have made me not want to stay in England, just life, I guess. But my loyalty to my coach goes beyond that, because I can’t see Tony not being my trainer. He’s shaped and moulded me into the fighter I am today. He’s very old-school. He’s got that hardness, that toughness.

“When I first walked into the Matchroom gym, the boys were very welcoming, which was nice. We’re all working for the same thing and we’re all in it together. Doing the sprints early in the mornings when its freezing cold, that’s the worst thing. We’re all out there, but we’re not competing with each other. We’re all just trying to stay alive!

“I was pleased with my debut. It weren’t bad. I got him out of there. But, to be honest, I couldn’t quite believe it was happening and, when I look back at it now, it’s all a bit of a blur. One thing I say to fighters coming along now is absorb it. I didn’t really absorb it. I was just stood there thinking ‘What am I doing here?'”

In his third fight, Conor blasted Lukas Radic away in one round, but it was the nonchalantly defiant way that he dealt with Chris Eubank Senior at the pre-fight press conference that stole the show.

“If he wanted to pull me aside from the cameras and have a chat with me, I’d rate that. Thank you, your advice is gold. But don’t be doing it in front of the cameras to a 19-year-old boy. I don’t respect that at all. To the extent that you’re wanting to make yourself feel a certain way, don’t use me to try and do that and don’t think I’m going to sit here and tolerate it either, irrelevant of who you are. 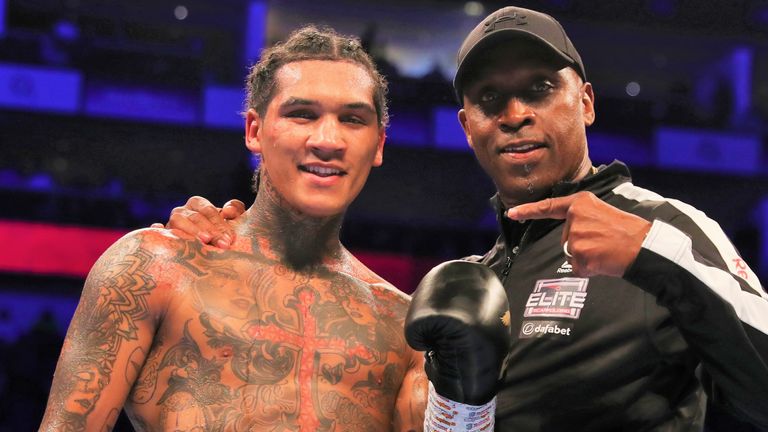 Avanesyan then Benn? 🤔@JOSHPBK & @ConorNigel are both hoping to fight each other this year

📺 Both Kelly & Benn are in action on March 28th, live on Sky Sports! pic.twitter.com/9hQp2O4xOE

“As fighters, we see boxing through a different lens to everybody else. People don’t realise how tough boxing is. When I broke my jaw eight months into my career, I’d been sparring with John Ryder and I think I got a hairline fracture from Ryder, because I had pains in my jaw for ages every time I sparred, but I’m hard and I didn’t tell anyone.

“Then Ohara Davies finished it off. He went crack straight on my jaw. I flinched, and I never flinch, and then I carried on. Then he hit me again, and I’ve had to say, ‘Stop, stop, stop’, because I couldn’t feel my teeth. Then I spat and I expected teeth to come out of my mouth, and there was just blood everywhere. Part of my jaw is still numb now. When I went back to sparring after my jaw had healed, Tony said to me, ‘I bet you’re going to be a little bit worried’. But I was like bang, wallop, come on! If it’s gonna go, it’s gonna go.”

Upon his recovery, Conor hit the ground running with four swashbuckling stoppages on the trot, the latter being his first fight in America when he halted Brandon Sanudo with a brutal body-shot in the second round, which left the Mexican laid out in agony on the canvas.

“When I got back, I was jet-lagged. I had a three-day commitment to a photo shoot. I’d put on a stone and a half in weight, because I thought I weren’t fighting for a while and I ate loads of doughnuts. Then, four weeks later, they put Cedric Peynaud in front of me. I looked at his record and I thought I’ve just knocked out five geezers on the trot. Bring it on! I thought I was sweet, but I weren’t.

“That was the first time I ever got put down in my whole life. He put me down twice, I put him down twice, and I was on autopilot in that fight, 100 per cent. I was a state. That’s the only time so far that I would say I’ve ever really been in the heat of battle. That’s the only time I was ever oblivious to absolutely everything. Tony was slapping me in the face, but I was just sitting there in the corner and I didn’t even hear a thing he said. I was just in this fight, and it was as if everything was in slow motion. Peynaud could have knocked me out that night. He didn’t, but he could have.

“In my next fight, I stopped Chris Truman in Liverpool, and then I wanted to fight Peynaud again. Tony was saying to have another warm-up fight, but I said, ‘If I’m going to fight him again, I’ll fight him now’. I think everyone was a little bit worried, but I didn’t feel that I needed to wait. I thought I’m better than that. I’m better than him.

“I had the best training camp I’ve ever had. Then, on fight week, I’ve injured my right hand and I’ve had cortisone injections, and I could still feel the pain when I was on the pads. They were suggesting that I pull out of the fight, but I said no way, because I thought I’d knock him out with my left. But then, when he’s come out, he’s switched to southpaw, and the only punch that is really effective against a southpaw is the backhand straight down the middle. I managed to put him down three times in that fight with the bad knuckle. Then I went to the hospital after, and I’d torn my tendon.

“The second fight might have looked easier, but it was just as hard. If anything, I thought the first fight was easier, I swear, because I’d never done 10 rounds before either and concentration was a problem. Sometimes, when I’m boxing, I can be thinking about anything that enters my head. I could see someone recording on their phone and think, ‘I wonder if that’s going on his Instagram’. 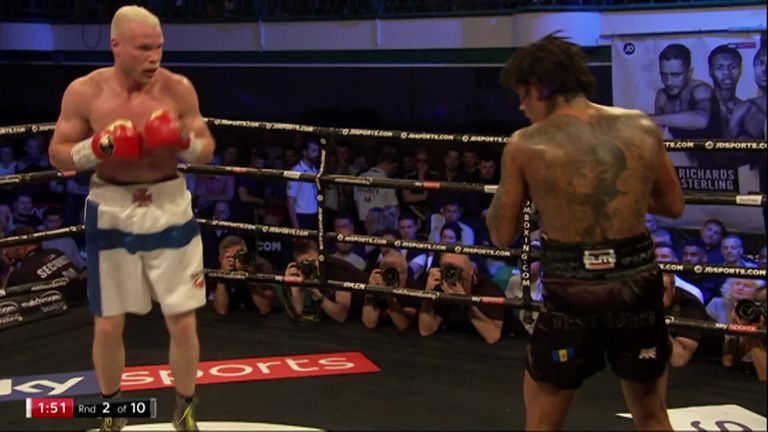 “One of my favourite fights yet is Jussi Koivula at York Hall. It was my first time as top of the bill and I thought I was in for a long night with him, so it felt very good to bang him out in the second round. Then, in my last fight against Steve Jamoye, I couldn’t believe it when the referee took a point off me for hitting low. I said, ‘That weren’t low,’ and he went, ‘Keep boxing! Stop when I say stop’.

“But I didn’t care about the referee. I knew the geezer didn’t like it to the body, and I just kept winging them in there. Afterwards, I said to the ref, ‘Are you sure? I’ll watch the fight and, if it weren’t low, me and you are falling out’. Then I watched it and it was low, so me and Steve Gray are still good friends.