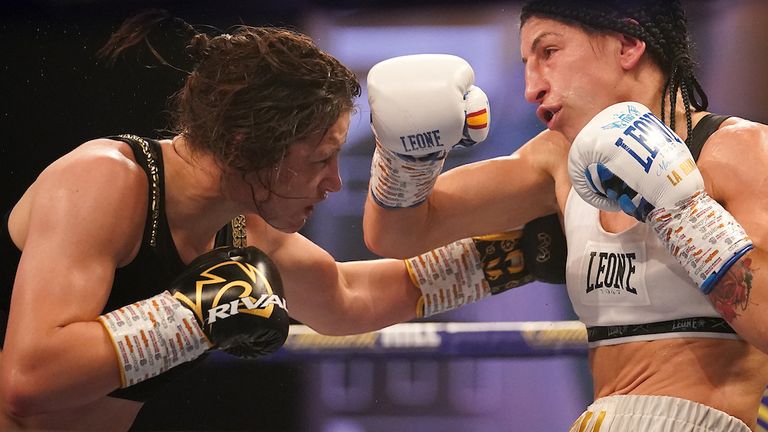 “It’s not about toughness,” insists Miriam Gutierrez. She had survived a shellacking from Katie Taylor inside the first round, had been knocked down soon after, and faced an increasingly insurmountable task.

Not once did she consider quitting and her bravery, by the end, even shocked Taylor. Gutierrez had already gone through much worse. Fighting the greatest boxer in the world was nothing in comparison to the ordeal she has emerged from to become a source of hope to women suffering similar issues.

“There are bigger blows in life and we aren’t trained to deal with them,” she tells Sky Sports. “Nor do we know where they’re going to come from.” 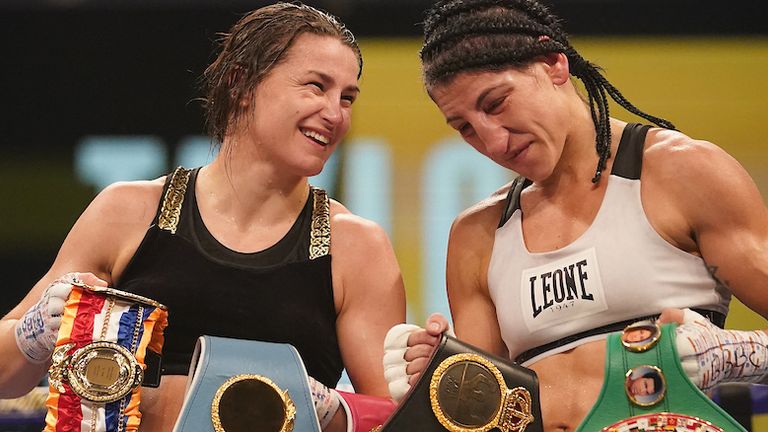 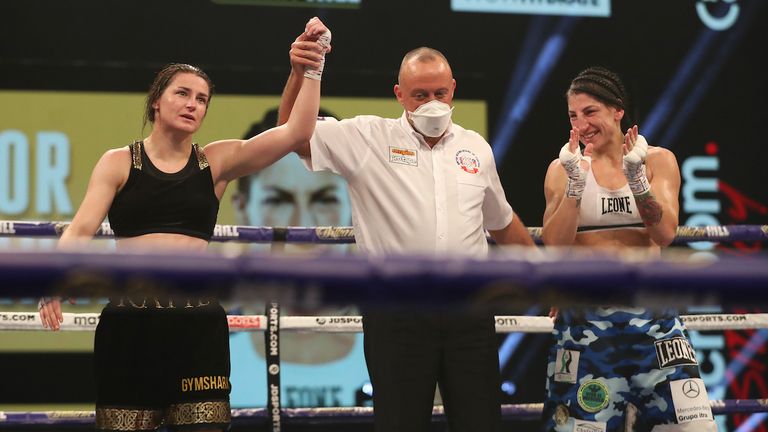 The previously-undefeated challenger to Taylor’s undisputed lightweight championship suffered domestic abuse before she was a professional boxer, and is now a campaigner against it.

Gutierrez was eight months pregnant when she was subjected to violence by her partner. She sustained a serious facial injury.

Her daughter, Zaira, became her inspiration for a better life. As a mother-of-two, a survivor of abuse and a full-time councillor working on gender violence issues, her brave defeat to Taylor in November was a microcosm to define the principles which she now advocates.

“She was just saying how I wouldn’t fall down,” Gutierrez tells Sky Sports about her emotional exchange with Taylor at the end of their fight.

“I told her that didn’t even cross my mind.”

Taylor won via unanimous decision and almost ended the fight inside the distance on a couple of occasions but her Spanish opponent emerged with immense credit for her toughness and refusal to cave in.

“After a year without fighting, I felt very nervous,” Gutierrez said.

“She knew that, which is why she strategically made a fast-paced start which went well for her, but I never give up.

“I have so much passion for this sport that the situation I lived through with a fantastic boxer passed by too quickly. It was already the eighth round by the time it started settling in.”

Was it difficult to continue until the final bell? 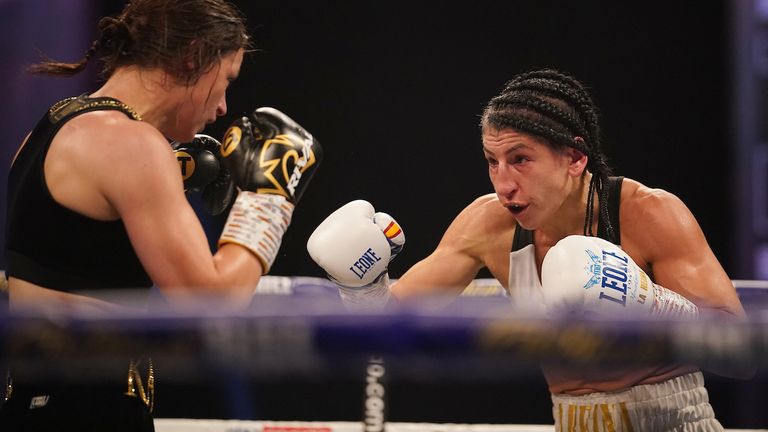 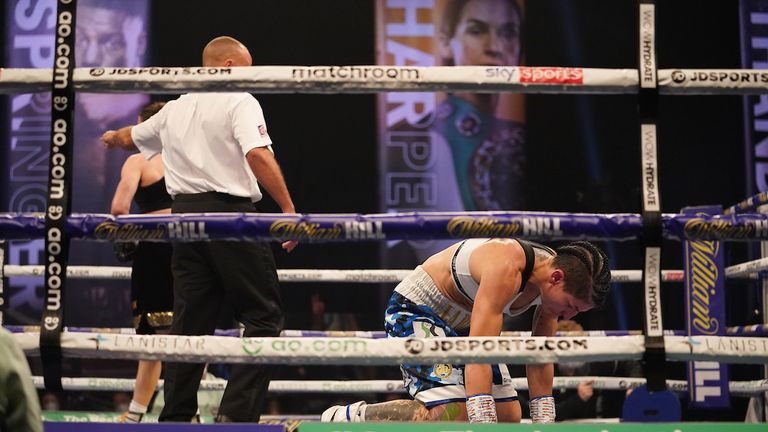 Gutierrez has spent the past 13 years campaigning against domestic abuse, using her own story to help women who are suffering.

She works for the council in an area of Madrid and her advocacy work means she has seen too many desperate situations.

Gutierrez describes her campaigning work: “It’s so tough and in many cases, there’s too much helplessness when you can’t do anything in your role until the authorities have reached a verdict or all the relevant procedures for each case have been completed.

“It’s rewarding when you can help and offer advice, particularly when you see them grow in confidence and get through every situation they face.”

Gutierrez’s personal escape came via boxing, a passion she had held from her teenage years. As an amateur, she won four Spanish national titles but only turned professional four years ago, then aged 33.

She became European champion by beating Britain’s Sam Smith, then claimed a WBA interim title with her 13th consecutive victory. 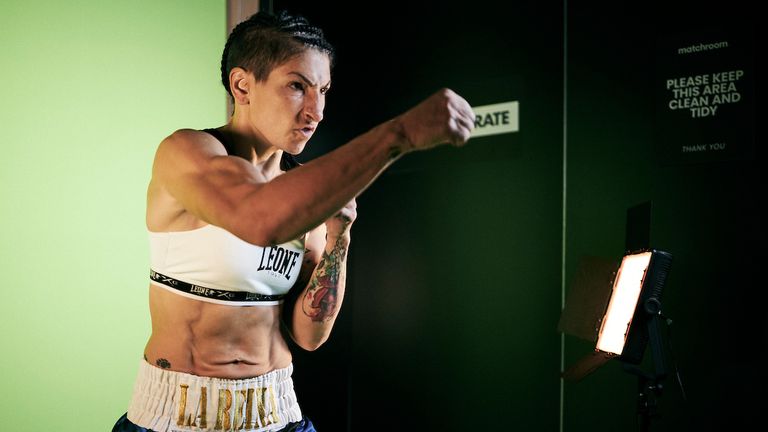 Gutierrez earned her opportunity to fight Taylor, arguably the greatest ever female boxer, inside the ring but the true motivation was her past.

Although she came up short against the brilliant Taylor, Gutierrez’s true battle is through her day job where she inspires women who have a similar story to her own.

“Boxing changed my life tremendously, as a person, in how I face things, because boxing has many similarities with my life,” she told the WBA.

“In the end, there will always be a blow that can hurt you but you are there to get up and fight. In boxing you don’t always win, the question is how to deal with it.”

Asked by Sky Sports if the boxing ring represented liberty for her, Gutierrez replied: “Yes, there was an overriding sense of freedom.

“Freedom from the pent-up rage that had built up due to a host of situations, but when I got into this sport and got to know some other boxers, it really started to grow on me and I wanted to learn how to compete and, above all, enjoy it.”

She earned the respect of Taylor who could not believe that Gutierrez didn’t fold within 10 rounds. 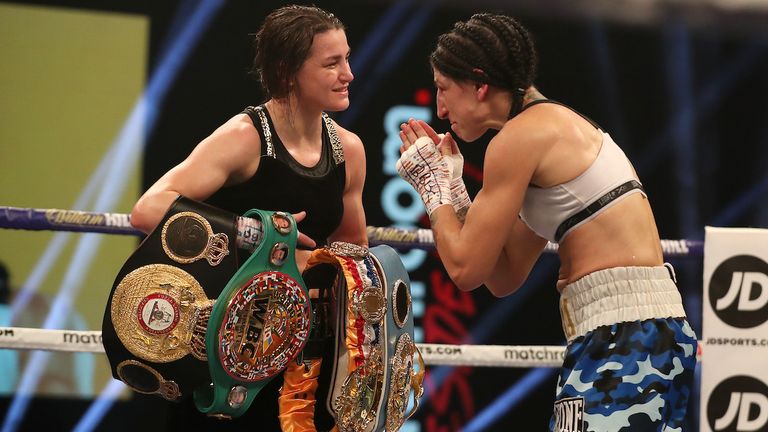 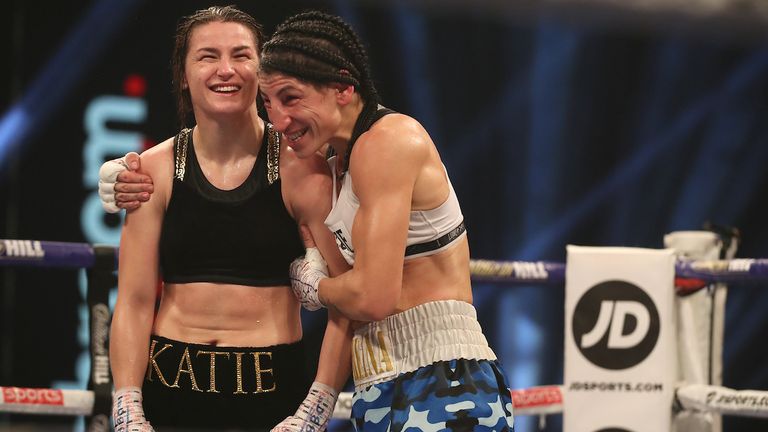 “She was very, very tough,” Taylor said afterwards. “I was definitely trying my best to get her out, but she just kept firing back.

“She was very durable.

“I hurt her in the first 30 seconds and thought I could get her out in the first round – but how wrong I was!”

A respectful embrace when the punches finally stopped is how Gutierrez deserved to finish her night.

Even in defeat, she remains an inspiration to many who need hope.

“It’s fantastic to be seen in that way. It really motivates me to keep getting up and fighting for what I enjoy. I’m extremely proud.”