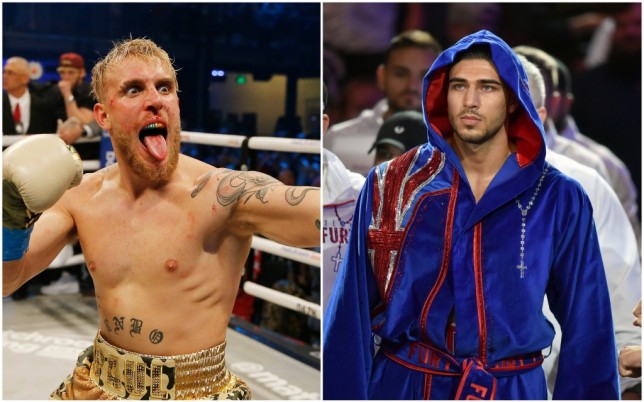 John Fury has claimed Jake Paul has not signed up for voluntary drug testing ahead of the December showdown with his son Tommy Fury.

The two have been embroiled in a social media war throughout the year with a handful of special stipulations included in their fight. Fury is set to bank a $500,000 bonus if he gets the win – but will have to legally change his name to ‘Tommy Fumbles’ if he loses.

One stipulation in the contract caught the attention of John Fury however, who learned Paul has not signed up for Voluntary Anti-Doping Association (VADA) testing.

Fury Snr explained he had wanted the American to commit to that bout of testing but insists it will not change the result of the fight.

‘[There is] all kinds of stuff in the contract,’ Fury told YouTube star Rob Moore.

‘I could go into it more and more but I don’t want to bore people with the politics.

‘They wouldn’t sign up to the VADA testing as well. That bothered me a little bit because I wanted that in the contract, but they wouldn’t do that.

‘People think that Tommy’s getting paid to lose, they’re joking. A Fury would rather be put to death than go down that road.’

Paul did not undergo VADA testing ahead of his August meeting with Tyron Woodley but was tested by the Ohio State Athletic Commission.

With his meeting against Fury taking place in Tampa, Florida, it is likely that the only drug testing taking place will be handled by the Florida State Boxing Commission.

Paul has racked up a 4-0 record in professional boxing, getting wins over fellow YouTuber AnEsonGib and former basketball player Nate Robinson before beating former UFC fighters Ben Askren and Woodley this year.

Fury meanwhile has won all seven of his professional bouts, fighting on the same card as Paul in the summer with his win over Anthony Taylor.