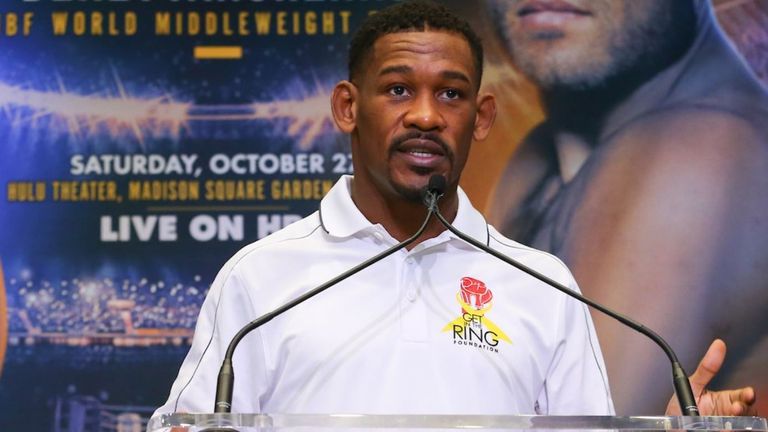 Daniel Jacobs says he is “100 per cent physically and mentally ready” to beat Sergiy Derevyanchenko and become a two-time middleweight world champion.

The ‘Miracle Man’ previously held the WBA ‘regular’ title before losing a unification bout against Gennady Golovkin in 2017, but believes the greater championship level experience he has over his Ukrainian opponent will earn him the vacant IBF 160lbs strap, at Maddison Square Garden, New York, in the early hours of Sunday morning, live on Sky Sports.

“I feel like I’m the strongest middleweight that he has stepped in the ring with professionally,” said Jacobs.

“I feel like that I have the advantages when it comes to the mental aspect of the experience of knowing I can go full 12 solid rounds with the best of them and compete at an all-time high level. I mean, I know that. I have it in my bank, I have it in the gas tank already. 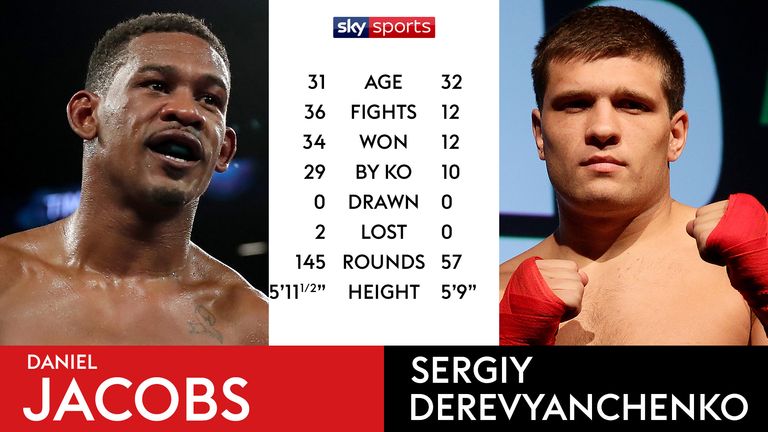 “A guy that’s inexperienced with only 12 fights, I would presume that it would be a second guess on his behalf. So, only time will tell but for me, I’m just 100 per cent physically and mentally ready.

“I do see my hand being raised, but how I get the victory I have no idea, but I’m willing to get it any way I can.”

?️ "It's bittersweet… We've known each other for sometime but that's why we do it… For you guys and for the love of the sport" – @DanielJacobsTKO #JacobsDerevyanchenko pic.twitter.com/yzsF5saDbs

Derevyanchenko will be aiming to become a world champion in only his 13th professional contest and catapult his name amongst the division’s best, which include WBA ‘super’ and WBC champion Saul ‘Canelo’ Alvarez and the newly crowned WBO king Demetrius Andrade.

The 32-year-old won World Championship bronze in 2007 and competed in the 2008 Beijing Olympics as an amateur; but despite such pedigree in the unpaid ranks, Jacobs feels his versatility in the ring will be the difference between the two on the night. 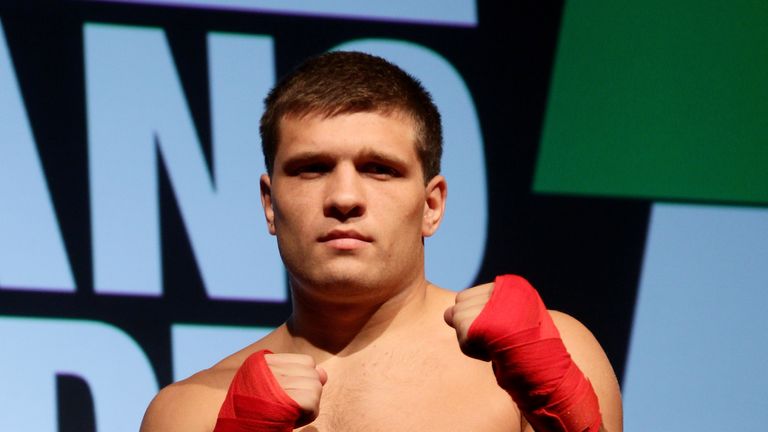 “The height and the reach are some key things, especially when I set my mind to be being a boxer, I can do that very well,” he said.

“But if I want to come forward or be a counter puncher or even just want to outright brawl, I do believe that I have the power to back it up. 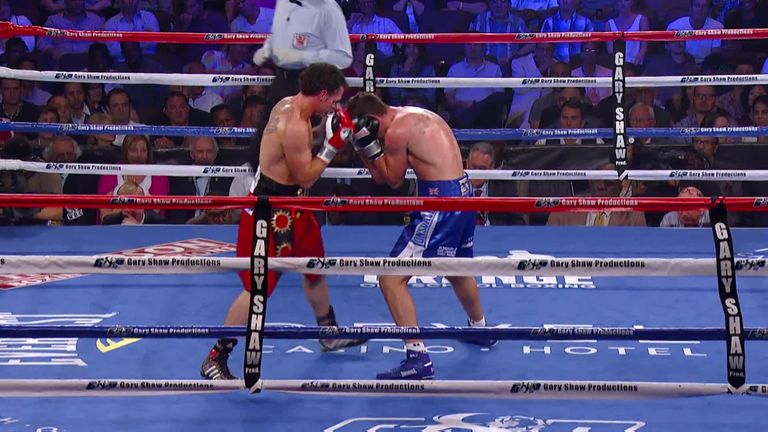 “So, there’s a lot of dangers inside this fight when it comes to both of us. But for me, I truly feel like I have the best advantages.”

Watch Jacobs vs Derevyanchenko for the IBF world middleweight title, and two other world title fights from Madison Square Garden, on Sky Sports Action from 2am, Sunday morning. Don’t forget the clocks go back at 2am, so if you don’t change them, it starts at 3am.