Mayweather shows no sign of age as he trains in ring

Floyd Mayweather has snubbed Amir Khan’s exhibition fight offer. Mayweather claims that the Bolton boxer is a ‘clout chaser’ and isn’t on his level.

Khan called out TBE for an exhibition bout two weeks after retiring following his stoppage loss to fierce rival Kell Brook but received no answer at the time. After watching Mayweather box former sparring partner Don Moore in May, the former light-welterweight world champion made it clear that he was open to facing the former pound-for-pound king.

“We saw the event today, I think Floyd, he needed a real challenge,” Khan told azizdxb. “We should do it, 100 per cent guys. Either hit me up or hit my brother up. I’m calling him out! Let’s make it happen.”

Now, Mayweather – who squares off against Japanese MMA fighter Mikuru Asakura on September 25 – has responded to the challenge but affirms that he has no interest in the fight. 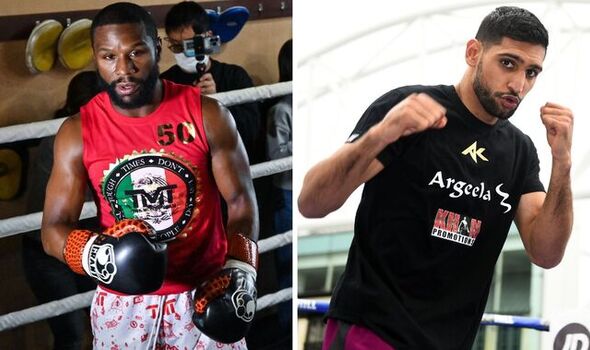 “It’s great that he [Amir Khan] feels that way. But you’ve got to look in the mirror Khan against Canelo and look at me against Canelo. That’s your answer right there,” Mayweather told the Daily Mail. “I’m not even worried about Amir Khan. I want to go out there this weekend in Tokyo and have fun [against Mikuru Asakura].

“He was a pretty cool fighter, but he wasn’t a Floyd Mayweather or any of the other top guys. He did what he had to do. He’s a clout chaser.” 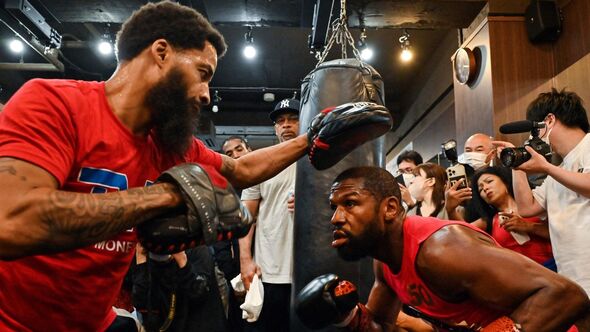 He added: “See it’s crazy you brought Amir Khan’s name up. I guess he is big in the UK but no one in the US really knows him unless you’re really into boxing.”

The pair nearly faced each other as professionals in September 2013 but the fight never came to fruition. Instead, Money opted for a more lucrative payday against then WBC and Ring Magazine light-middleweight champion, Canelo Alvarez.

Khan was in a rebuilding process at the time after back-to-back losses to Lamont Peterson and Danny Garcia in 2011 and 2012. He continued on to rack up a strong five-fight win streak before he was eventually knocked out by Canelo at middleweight in 2016.