‘Tyson Fury has easy fights nobody is interested in’: Eddie Hearn slams former heavyweight champion for having ‘fights where he cannot get beaten’ ahead of Otto Wallin bout

Eddie Hearn has slammed Tyson Fury for taking ‘easy’ fights and questioned whether he can win back a world heavyweight title.

It follows a win against Tom Schwarz in June, with the clash with Wilder representing his only real challenge since returning to the sport. 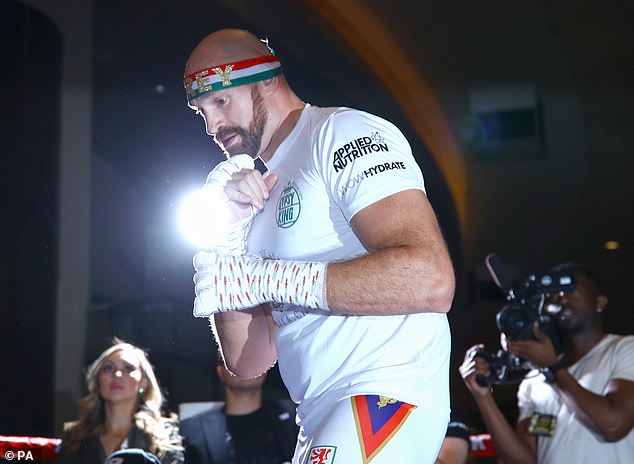 Anthony Joshua’s promoter Hearn is not impressed, telling Sky Sports: ‘Fury has easy fights that nobody is interested in.

‘He supposed to be the best heavyweight in the world? Nobody is talking about his fight.

‘The interest in Fury is diminishing. It is nearly a year since he fought Wilder and what has happened? Nothing.’

Asked whether he expected Fury and Joshua to meet in the ring in the future, Hearn added: ‘Fury is a competitor and is up for a fight, but he’s having fights where he cannot get beaten. His profile will dip and his hunger might as well.’

Fury beat Schwarz in two rounds in his most recent fight but might have a tougher challenge against the unbeaten Wallin. 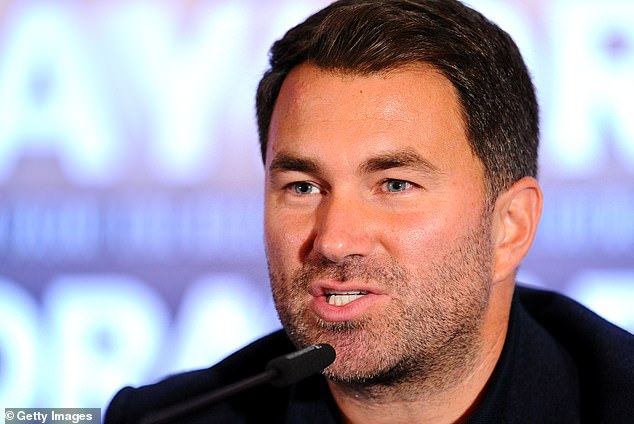