‘I’ve transformed into a killer’: Deontay Wilder fires warning to Tyson Fury as he works out ahead of next month’s blockbuster world title showdown

Deontay Wilder warned Tyson Fury he has ‘transformed into a killer’ as he worked out at the Churchill Boxing Club in California ahead of December 1’s blockbuster showdown.

Wilder looked in prime condition as he hit the pads with real snap and venom on Monday during an open workout session.

His trainer Jay Deas was even lucky to escape unscathed after one particular bomb almost detonated on his chin. 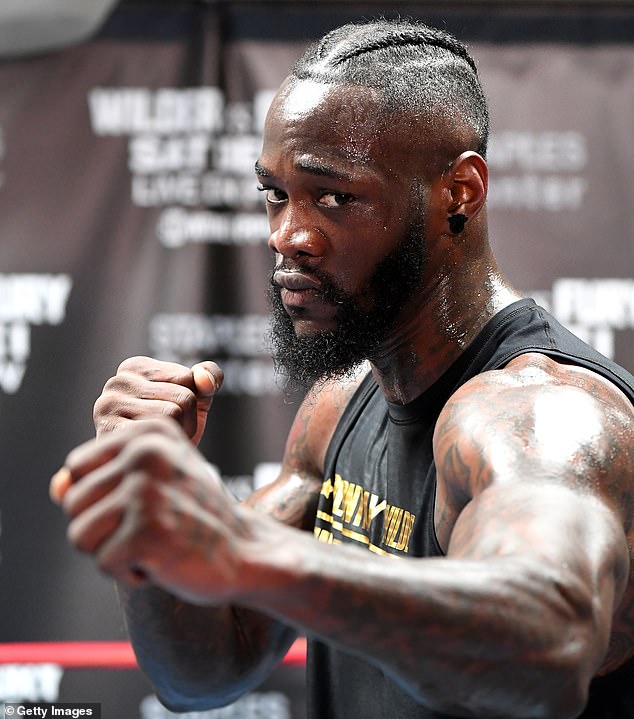 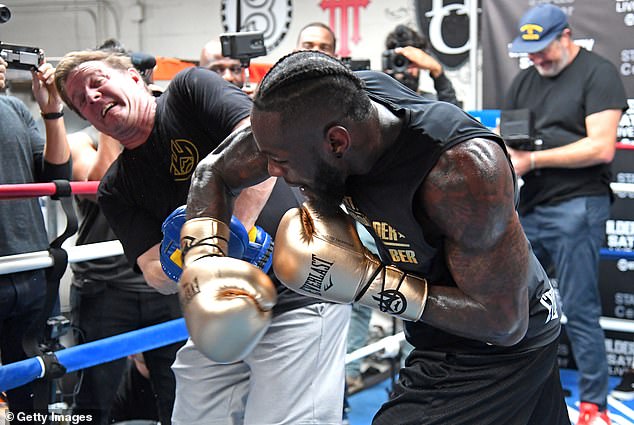 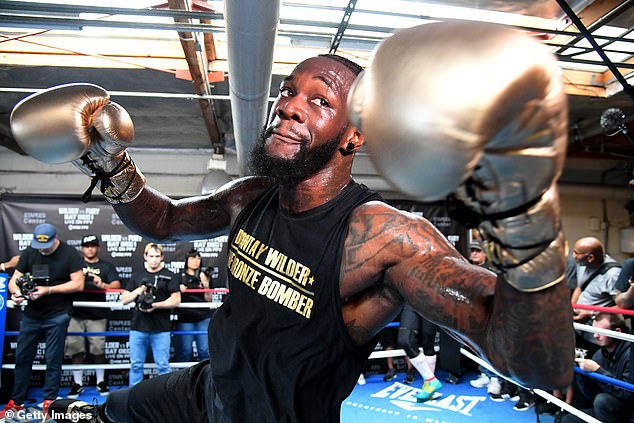 The American is now deep into his preparations for his hardest test to date in the professional ranks and believes he will reap the rewards of a hard training camp come fight night.

He said: ‘I’m feeling wonderful. My mindset has changed, my body has changed, I feel like a killer. I’m transformed into a killer.’

As well as his and Fury’s undefeated record, the coveted WBC world championship will also be on the line when these two heavyweights collide in Los Angeles next month. 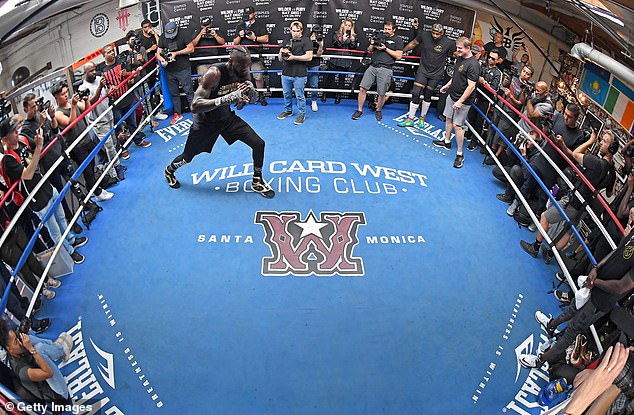 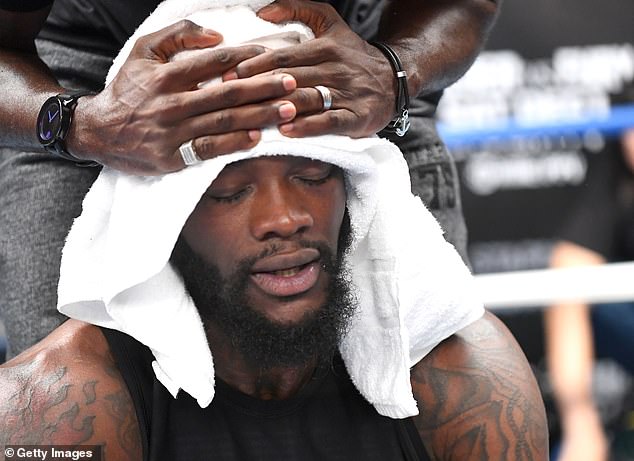 The winner of their contest looks set to challenge Anthony Joshua next for all the marbles, but Wilder has insisted he is fully focused on Fury.

He added: ‘I don’t have a message to Anthony Joshua, it’s all about Tyson Fury.

‘I don’t want anyone to ask me about Anthony Joshua. He was a coward and that’s that.’