Deontay Wilder has been hit with a six-week boxing suspension following his loss to Tyson Fury because of the injuries he sustained – but the ban is not expected to impact the trilogy fight.

As is the standard procedure, fighters who suffer injuries in the ring and not permitted to return until they are deemed fit in a bid to protect their long-term health.

In this instance the Nevada State Athletic Commission has told Wilder he cannot spar until April 8 or fight until April 28.

This comes following the American’s damning loss to Fury in Las Vegas on Saturday night.

The Bronze Bomber was brutally beaten as he was downed in the third and fifth rounds before his corner threw in the towel in the seventh.

It was suspected Wilder has burst his eardrum as blood was oozing from his ear. 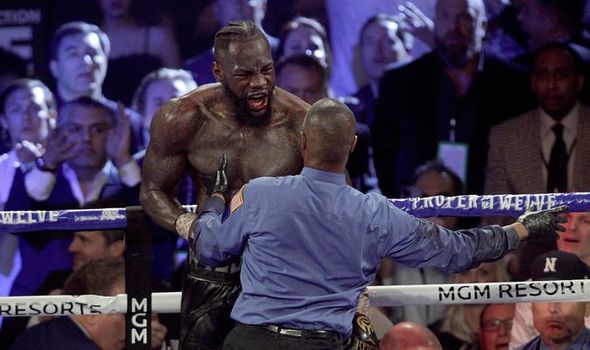 He skipped his post-fight media duties as he was rushed to the hospital for a checkup.

Wilder required seven stitches for the cut but his eardrum remained in tact.

The American has triggered the rematch clause so will step into the ring with Fury for a third time later this year.

“The rematch is definitely going to happen,” he said. “We’re going to get it on. I want to get right back to it.” 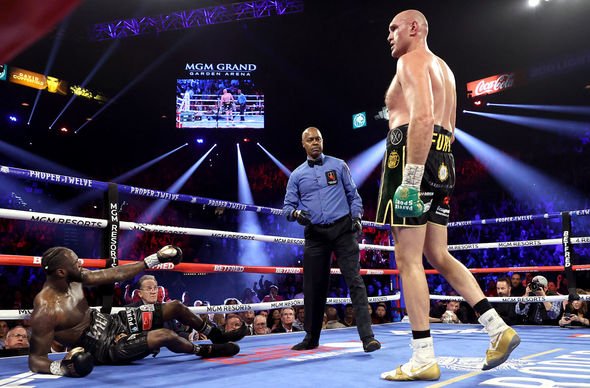 However, Wilder will not use such an extravagant walkout costume next time around as he blamed that for losing the WBC heavyweight belt.

“He didn’t hurt me at all, but the simple fact is… that my uniform was way too heavy for me,” Wilder told Yahoo Sports. “I didn’t have no legs from the beginning of the fight.

“It could easily be told that I didn’t have legs or anything. 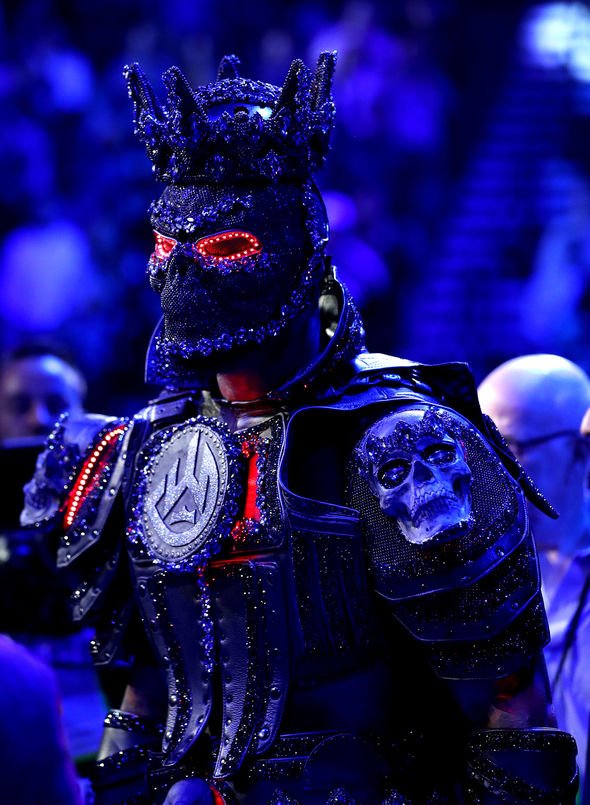 “A lot of people were telling me, ‘It looked like something was wrong with you.’ Something was, but when you’re in the ring, you have to bluff a lot of things.

“I tried my best to do so. I knew I didn’t have the legs because of my uniform.

“I was only able to put it on [for the first time] the night before but I didn’t think it was going to be that heavy.

“It weighed 40, 40-some pounds with the helmet and all the batteries.

“I wanted my tribute to be great for Black History Month. I wanted it to be good and I guess I put that before anything.”