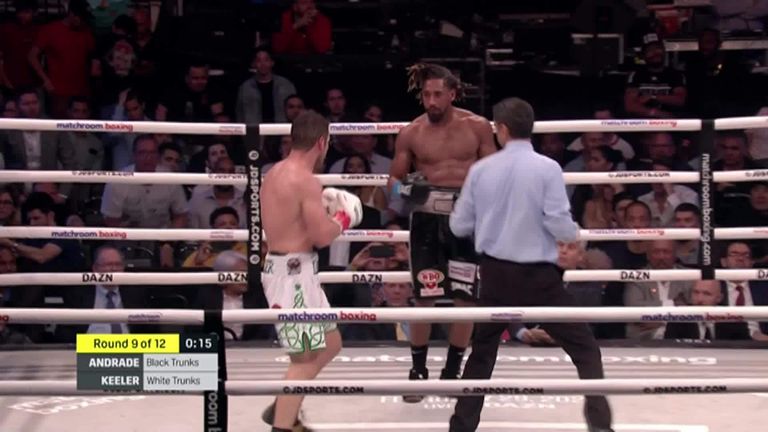 Liam Williams will challenge for Demetrius Andrade’s world middleweight title in April in the USA.

Welshman Williams is the mandatory challenger to WBO champion Andrade and has finally secured his opportunity at the belt.

Southpaw Andrade is undefeated in 29 fights and has held world championships in two weight divisions.

He has been out of the ring for a year since beating Ireland’s Luke Keeler and had been hoping to collide with fellow world champions.

“I’m willing to go up to 168 to fight Billy Joe Saunders in my next fight,” he said last year. “That’s what I’m looking to do.”

Andrade’s aspirations must now wait after the WBO ordered he face his mandatory challenger Williams.

Since back-to-back defeats to Liam Smith, Williams has reinvented himself in the middleweight division and has strung together seven stoppage wins.

He won the British title and finished his most recent fight, against Andrew Robertson in October, inside a minute-and-a-half.

Josh Warrington vs Mauricio Lara is on Saturday, live on Sky Sports.