Home » Boxing » Dec Spelman on the tragic death of Scott Westgarth: ‘I will carry it around with me forever’

Dec Spelman woke up on Sunday February 25 and reached for his mobile phone, just like any other morning. He noticed several missed calls and immediately knew there was something wrong. “It was actually my Mum and Dad who came up and told me,” he says. “I then rang Carl [Greaves], my coach, and he explained to me what had happened. And then everything went from there.”

He had been told that Scott Westgarth was dead. The man who had just a few hours ago inflicted the first sobering defeat of Spelman’s burgeoning professional career had passed away that morning from a brain injury, having fallen ill in his dressing room shortly after the fight. He was 31.

The sharp pain of Spelman’s first defeat immediately dissipated for something far, far worse. A debilitating sense of loss made all the more difficult to understand by the outcome of the fight and the atypical set of circumstances behind their brief, bloody union. “You get to know a lot about a person when you’re in the ring, which I don’t really think you can ever understand until you have done it,” he says. “So it took a long time to sink in. And I don’t think it will ever sink in, not really. I will carry it around with me forever.”

A short time later his phone rang again. This time he answered. It was Westgarth’s brother, Adam, wondering whether he wanted to meet up for a coffee. 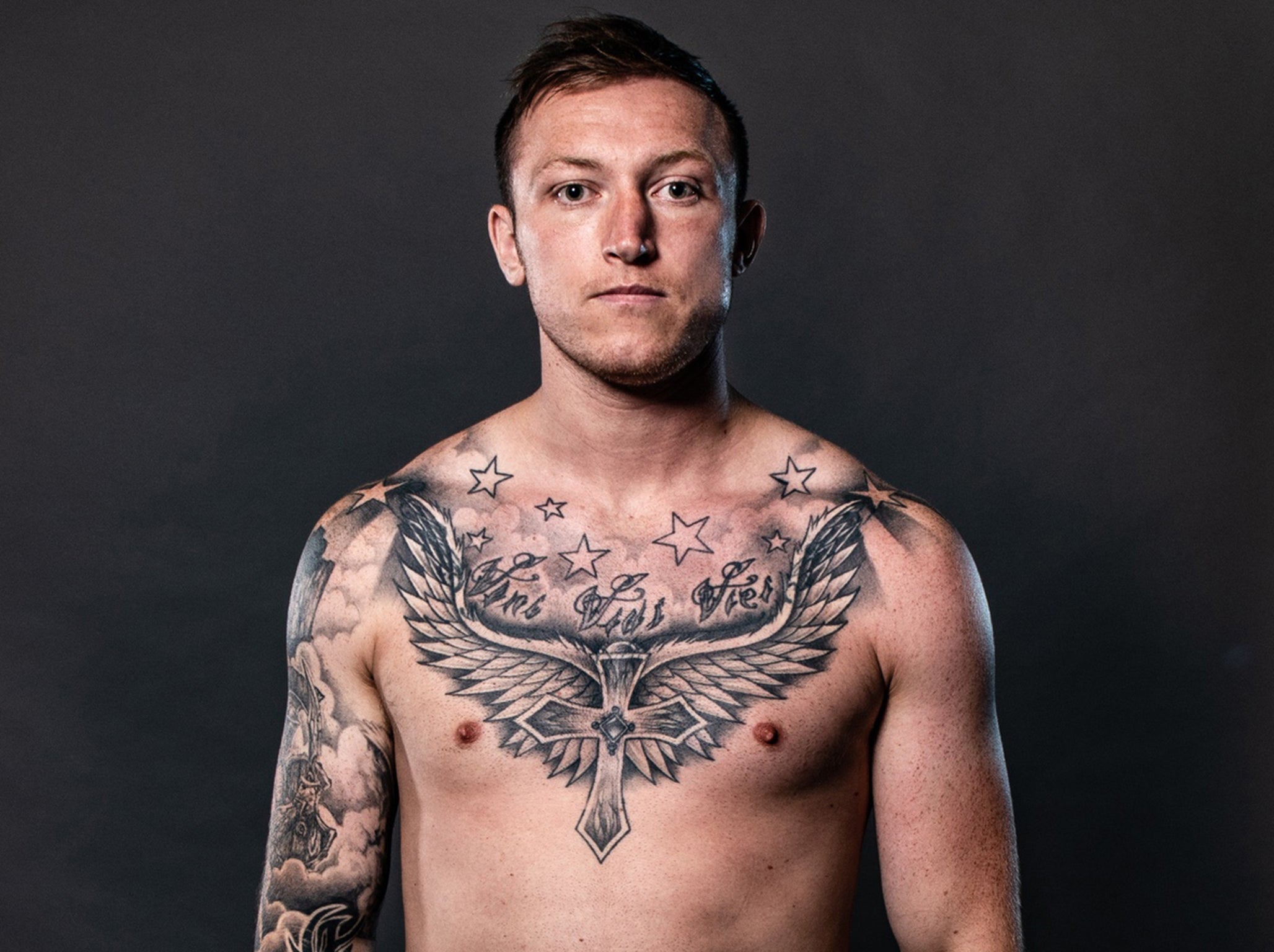 Spelman had met the family briefly after the fight, before Westgarth’s condition had worsened backstage and he was rushed to the hospital from which he would never return. A boxing family through and through — Scott’s father, John, fought Glenn McCrory and Herbie Hide in a 10-year professional career— they had congratulated Spelman for his performance. Even so, he did not know what to expect. “There could have been some resentment and things could quite easily have gone the other way,” he admits.

But things went well. United in grief, an unlikely bond was formed. “It had been a very close fight and there was a mutual respect between us all. After the news we met up for a coffee so that they could tell me a bit more about Scott, to help me find out what he was like as a guy. And so that I could tell them a bit more about myself. We ended up hitting it off from there and I guess they were able to find out that, really, I’m an okay guy.”

The meeting helped Spelman to process that fateful winter’s night at the Doncaster Dome, which understandably left him in “a very dark place — particularly for that fortnight afterwards”. Three months after the fight Spelman attended the funeral of Westgarth, a former ski instructor and hotel chef, who boxed not for fame and fortune but because the sport coursed through his veins.

“I just enjoy it,” he said sat alongside Spelman in the post-fight interview, just moments before his left hand began to dart towards his temple with increasing agitation. “I box for the fun, not because I believe I am going to be a world class fighter. And I am just glad that we put on a show and kept everybody entertained.”

Spelman’s love for the sport wavered, at first. But encouraged by both Westgarth’s family and his own he returned to the gym, after a long period of inertia after the funeral. “I didn’t step foot into the gym until three months after his funeral,’ he says. “That just felt like the most respectful thing to do. But when I got back in there, I felt okay. It felt good to be back.”

Outside of the ring, the tragedy has left an indelible mark on the 26-year-old from Hartlepool. It remains to be seen exactly what impact it has made on him between the ropes. After his catastrophic rematch with Michael Watson in the early nineties, Chris Eubank freely admitted that he lost the killer instinct which made him such a wonderful champion. “I blamed only myself,” Eubank later said. “After all, it was me who threw the punch.”

Encouragingly, Spelman says in this respect he believes he remains the same man. “I can tell you that when I am sparring kids in the gym, I am hurting them,” he says, seriously. “I am not backing away. If I had any sort of doubt in my mind, I would not be doing this. But I am positive and confident. As a fighter I have to stick all of this in the back of my head. And that is where it is going to say.” 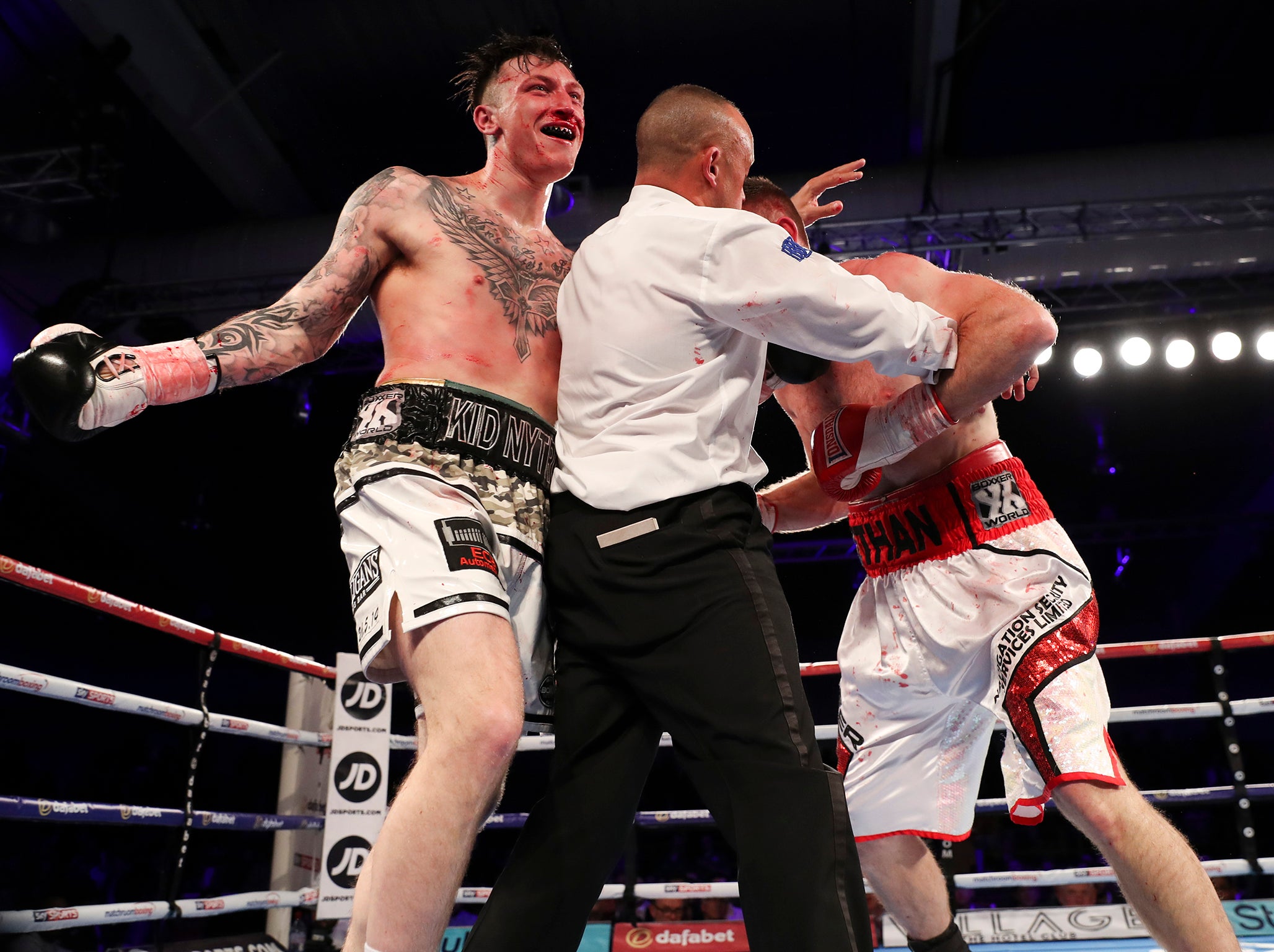 Taken out of context, Spelman’s words sound churlish, coarse, controversial. But were he to have lost that finishing instinct and fight on regardless, he would only be endangering his own life. It is the grim reality of boxing that injuries — and deaths — happen. Far away from the mega-bucks of DAZN and the Anthony Joshua jamboree, there is just as much peril in every punch.

Spelman’s career resumed in June with a four round points decision over Jindrich Velecky, a Czech journeyman who has not won a fight since 2012. On Friday, things will step up another notch. Spelman is set to take part in Ultimate Boxer II at the Indigo at London’s O2 Arena, en eight-man knockout tournament featuring three round bouts. The eventual winner will fight three times in one night. Spelman knows success will push him towards a British title fight. “I’m going to leave everything in there.” he promises.

There will be a special guest in a ringside seat cheering Spelman on: Westgarth’s brother, Adam, will be in attendance. “That will help me a lot,” Spelman adds. “I boxed last time with Scott’s name on my shorts and this time I will have his initials on my tee-shirt. I’ve got to carry on flying his name high and that’s what I plan on doing. His dad and brother want me to keep fighting in his name and that is what I plan on doing.”

Ultimate Boxxer II will be shown live and exclusive on FaceBook via SPORTbible from 8.15pm, before going live on Freeview on Channel 5Spike from 10pm.