Conor McGregor has top-level boxing skills and will return to the ring, says his sparring partner Dylan Moran.

He must first avenge a knockout loss to UFC rival Dustin Poirier in July but has been tipped to return to boxing, where he lost a high-profile debut against Floyd Mayweather in 2017.

“There are plenty of years left in Conor,” Moran told Sky Sports. “Wherever the big fights are at. You can see by the rematch with Dustin that he doesn’t shy away from challenges.

“If the right challenge is put to him, he will take it on board.

“I wouldn’t be surprised to see Conor back in the boxing ring, for sure.

“I’ve been in there with him at Irish level, European level and world level. Conor has given it to me as much as anyone. That speaks for itself.

“When you are a person of Conor’s notes, you will have naysayers and doubters of the highest degree. Even if his boxing was the best, people would say it’s useless.

“I’ve sparred him. I’ve been in there with him, and I’m a boxer. So my opinion is one to listen to.” 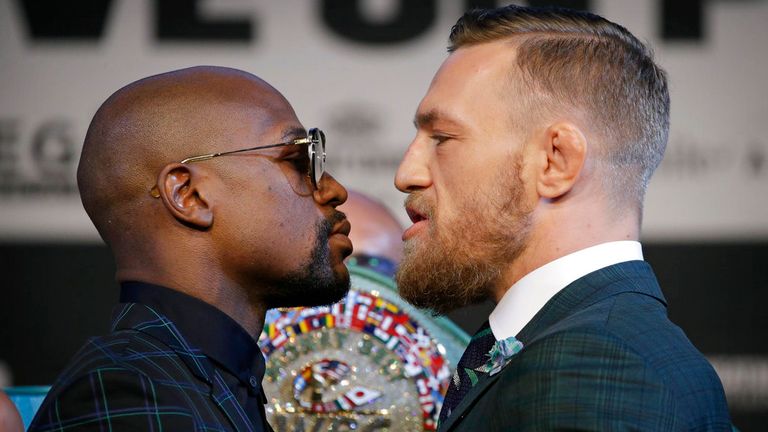 Moran is a 26-year-old Irish prospect with a 15-1 record who was recruited by McGregor to help hone his boxing ahead of his most recent fight.

“The sparring was exciting stuff,” he said. “I did what was asked of me. At the end, people would be clapping because it was exciting to watch.

“You can read him – when he counter-punches you can see that he’s an MMA fighter. But he can switch it up and act like a professional boxer on the inside.

“The power is there. Obviously I’d heard about it, watched his knockouts, seen his fights. I was interested in what it would be like to feel. It’s for real.

“In one of the spars he was landing his left hand and I told myself to keep my hands up.”

Jake Paul, the YouTuber-turned-boxer who won his third fight on Saturday night, has regularly challenged McGregor to a boxing match and even dragged Moran into the row.

Paul posted footage on social media of Moran’s only defeat with a sarcastic: “This is who Conor is calling a phenomenal boxer.”

Moran says: “It went all over the world, it was nuts, absolutely crazy.

“A fight between us will never happen – it’s high risk, low reward, for him. So I was happy to forget about it.

“But on Sunday, after his fight, my phone was blowing up so the public haven’t forgotten.

“I’d like to see Tommy Fury punch him up – he needs a wake-up call. This isn’t the Disney Channel.

“His trainer J’Leon Love is making a comeback so I’d happily put him back into retirement.

“Conor just laughs at those guys. Jake Paul wasn’t even mentioned in the training camp. Nobody was interested.”

McGregor has described Moran as: “One of the better boxers I’ve ever shared the ring with. A phenomenally exciting Irish talent!”